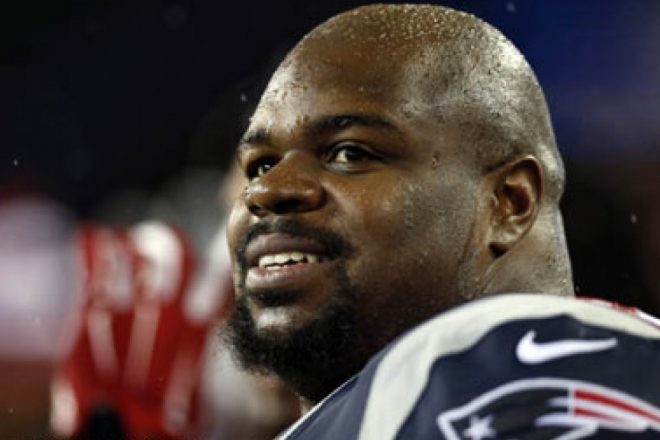 On Wednesday, former New England Patriots nose tackle Vince Wilfork officially called it a career, signing a ceremonial one-day contact with the team making him “a Patriot for life” according to owner Robert Kraft.

Many of Wilfork’s old teammates paid tribute to him with emotional social media postings wishing him well into the next chapter of his life.

Congrats to @wilfork75 on a Hall of Fame career. Thanks for being a great teammate on the field & a supporter of @joeandruzzifndn off of it. pic.twitter.com/P4nGreZMHV

The Massachusetts State Police also shared a thank you to Wilfork, in case you may have forgotten his heroics of the field following the 2014 AFC Championship game.

Vince Wilfork signs #Patriots contract and asks, "Do I get a check with this?" Robert Kraft replies, "I already gave it to Bianca." pic.twitter.com/rN0OV5eCxL

Vince Wilfork takes one final victory lap on field with Bianca Wilfork and family on field after his emotional press conference pic.twitter.com/B0IUXfwdLZ

Celebrating @wilfork75 – a champion on and off the field.#WelcomeHomeVince pic.twitter.com/GgX6qV3NFh