6 years ago at 10:00 am ET
Follow @IanLogue
Posted Under: Uncategorized

NFL Paid For Patriots Blinged-Out-Rings – While Roger Goodell handing over the trophy to Tom Brady back in February was a little anti-climactic, the good news is the ring Brady put on his finger Friday night at least has a nice bit of satisfaction attached to it.

Aside from the fact the Super Bowl rings symbolize an incredible championship season, Fox Business revealed that the league paid the cost of the 283 diamond carrying rings (symbolizing the historic comeback from the 28-3 deficit they faced against Atlanta) that the players received at owner Robert Kraft’s house on Friday evening.  The league, as they do every year, covers the cost of up to 150 rings for each club, which included the ones handed out that night.

They also reported that the cost of the rings back in 2015 were approximately $36,500, which means if this year’s edition falls close to that, it cost the NFL about $5.5 million.

It was quite the party, which saw the return of Martellus Bennett and other players who have since moved on this past offseason.

The team also released a photo of Tom Brady wearing all five of his championship rings, as well as Bill Belichick wearing each of his.

The photo you've been waiting for, Part II. pic.twitter.com/uGi28Bslzk

Despite the four game suspension, as well as taking away a first round draft pick, the league did about all it could have to avoid that scenario.  Now, with a stacked group offensively and what might arguably be the best cornerback tandem in the league on the other side of the ball, the Patriots look like they’re poised to make yet another run heading into this season.

It’s likely a nightmare situation for a commissioner who tried as hard as he could to slow them down.  Unfortunately, this freight train in Foxboro looks like it will continue to roll on a bit longer, which might cost the league a bit more money yet again this time next year.

Gronk Runs Football Camp – Coming off of Friday night’s party, Gronkowski was back to work on Saturday morning while hosting his annual Citi Football Clinic at Connolly Memorial Stadium.

According to the Boston Herald, the veteran tight end played catch and spent time doing a little coaching with the hundreds of participants who were on hand, featuring children from grades 1 through 8.

Rob Gronkowski on getting his Super Bowl 51 ring with the @Patriots last night. pic.twitter.com/QXP30Yu4YC

Gronkowski told the newspaper this is something he enjoys doing and he’s glad it’s continued to grow.

Gronkowski said he’s feeling “great” and all indications seem to point to the veteran making a big return in 2017. 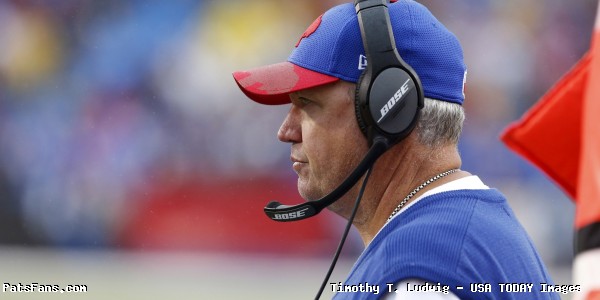 Gillislee On Bills vs Patriots: “We work a little harder” – Rex Ryan may not like hearing his former player talk about how things were done during Ryan’s coaching tenure in Buffalo, but newcomer Mike Gillislee can already feel the difference of what it’s like to be a member of the New England Patriots.

According to Gillislee, one thing that stands out is that the work ethic from top to bottom is much different here in New England compared to when he was with the Bills, and it’s consistent across the locker room.

“Nothing (negative) about Buffalo. It’s just here, we work hard,” Gillislee told the Boston Herald. “Each and every day we did that at Buffalo, but here the expectations are way higher. We work a little harder.”

Gillislee said that because that attitude permeates throughout each player on this football team, it’s infectious and forces everyone to be at their best.

The Patriots are continuing to do their due diligence this offseason as it pertains to kickers and punters, as well as a long-snapper.

According to Mike Reiss, the Patriots had multiple players in for workouts last week, including punters Drew Butler and Spencer Lanning, along with kicker Adam Griffith and long snapper Cole Mazza, among others.

New England’s punting duties seem relatively set thanks to another solid year by Ryan Allen, but the fat the club continues looking at kickers could be a signal that Stephen Gostkowski might be on a shorter leash this season if his struggles from 2016 carry over into this season.

Gostkowski missed five field goals and three extra points during the regular season, including two from beyond 50-yards for the first time in his career.

The extra points were a point of frustration for Gostkowski during the regular season, and carried over into the postseason where he also missed two more, including one during the Super Bowl.

He got support from Belichick back in October when it was obvious he wasn’t quite right but at least got the backing of his coach at the time.

“Nobody works harder than Steve,” said Belichick after their win over the Steelers where Gostkowski missed an extra point for the second-straight week.  “Steve’s a very talented player. He’s mentally tough.”

“We’ll work through it. Again, this is a tough place to kick [referring to Heinz Field]. I’m not making any excuses but the kicker on the other side of the field had trouble too. But we have to have to make them.”

Hopefully after an offseason to reset, Gostkowski can bounce back in 2017. 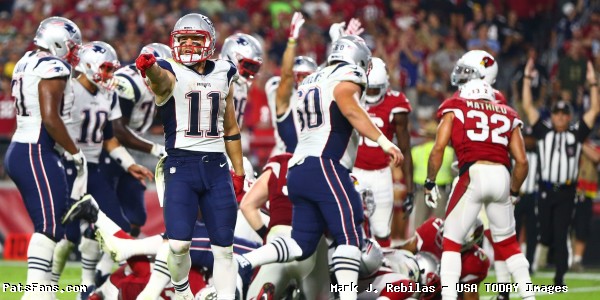 Edelman and his father hope that he can finish his career in New England. (USA TODAY Images)

Edelman’s Dad Hopes His Son Can be “a Patriot for Life” – It’s been an emotional few months for Julian Edelman’s father, Frank, who watched his son play a key part in the team winning yet another championship thanks to an incredible clutch performance against Atlanta back in February.

Edelman, who has become a fan favorite both on and off the field, has come a long way from being a seventh-round pick out of Kent State and recently signed an extension to hopefully keep him around for at least a couple of more seasons. His father recently told Mike Reiss that both he and his son are hopeful that the receiver will finish his career in Boston, which will hopefully open up opportunities for him off the field down the road.

“Boston loves their athletes, and if you’re in, you’re in. Boston is also all about what Julian is; you just go to work and grind it out,” Frank told Reiss. “He loves Boston and everything about the Patriots. There are also a lot of off-field opportunities if you stay in Boston. We’d love to be a Patriot for life.”

There’s no question there’s a place for him after his career comes to a close. Locally, former players like Kevin Faulk, Troy Brown, Jermaine Wiggins, Tedy Bruschi, have each made careers for themselves in the media and someone as charismatic as Edelman will likely find a place for himself as well. He’s done a terrific job in social media and his off the field appearances, having built up his brand enough where he’ll likely have plenty of endorsement and marketing opportunities down the road.

That may explain why Edelman probably took a little less than he might have received on the open market to stick around, given that his value here is as high as it is. Winning helps keep it that way, and helping the Patriots win yet again next February will most certainly solidify his future.