5 years ago at 7:00 am ET
Follow @IanLogue
Posted Under: Uncategorized 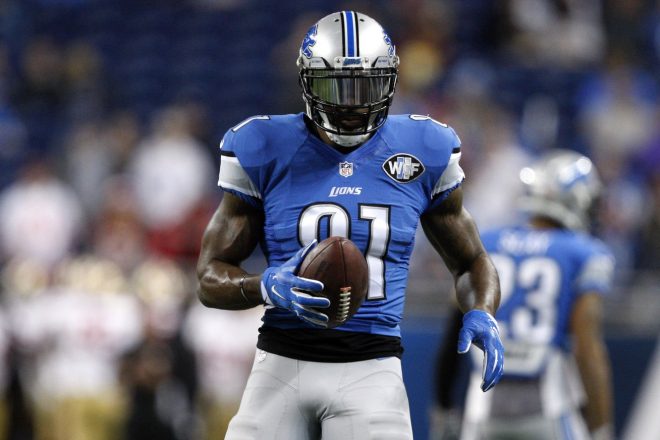 Johnson Backs Brady  – After Tom Brady came under fire last week thanks to comments made by his wife, GIsele Bundchen, who told CBS This Morning that her husband has apparently sustained concussions over the years despite the fact that the quarterback has never appeared on the injury report with one listed.

That likely means that if Brady was hurt, he didn’t say anything and the team was unaware that their quarterback was experiencing any issues.  That doesn’t surprise former Lions receiver Calvin Johnson, who told the Detroit Free Press that he’s the first to admit that he’s hidden them as well.

“Guys get concussions, they don’t tell the coaches,” Johnson told the newspaper this past weekend.  “It happens. I don’t tell the coach sometimes cause I know I got a job to do. The team needs me out there on the field. And sometimes you allow that to jeopardize yourself, but that’s just the nature of the world.”

Steelers quarterback, Ben Roethlisberger, has taken a different approach.  Roethlisberger told The MMQB’s Peter King that he’s experienced his own issues but he’s opted to report them and he’s putting himself and his future above all else.

“I’m proud of it,” Roethlisberger told King via ProFootballTalk.com. “I have been just like Drew [Brees] where I haven’t reported things before either. Probably everybody who has ever played the game of football hasn’t reported an injury. For me it wasn’t about an injury—I’ve played through many injuries—but when you talk about your head, that is a different ball game.”

“You can replace a lot of body parts, but you can’t replace a brain. You see the effects of it from past players, players who have taken their lives, the CTE, all that stuff and, you know, I’m thinking about my family and long term. I love this game and I love my brothers that I play football with, and I would encourage any player who has an issue with their brain to just report it properly . . . We are blessed to play this game but we also have a life to live.”

His comments are in no way a shot at Brady, especially given his affinity for the Patriots quarterback that fans saw first hand after he got all geeked out last year when he awkwardly asked Brady to exchange jerseys prior to their match-up.  The two swapped jerseys after the Patriots beat Pittsburgh and that jersey is now hanging up in Roethlisberger’s office.

It’s a difficult dilemma and concussions remain the type of injury where if there was anything that could unexpectedly force Brady out of the game, that would likely be it.  Bundchen has already expressed concern about his future but for now Brady’s already made it clear he’s not worried, instead focusing on getting ready for yet another NFL season. 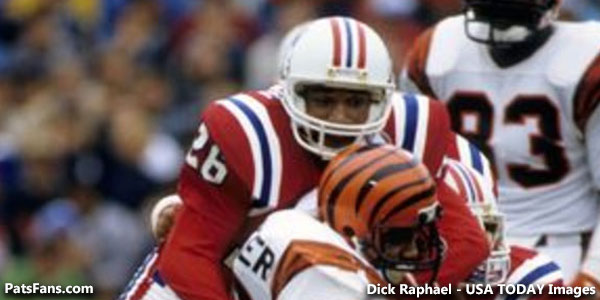 Clayborn finally got the recognition he deserves on Monday.

Clayborn Finally Gets In – One of the biggest problems with being so successful for so long is that the Bill Belichick/Tom Brady era has quietly drowned out some of the most talented players in the history of the franchise, but an important one finally broke through on Monday.

The team announced that former defensive back Raymond Clayborn finally earned his way into the Patriots Hall of Fame, beating out Richard Seymour and Mike Vrabel to earn the honor.

It was a well-deserved achievement for Clayborn, who was a finalist for the fourth-straight year and has faced an uphill battle against a fan base that has spent the last nearly 17-years watching one of the most remarkable eras in franchise history. With so many greats playing over that span, it’s muddied the waters for the fans who watched this team long before Belichick and Brady arrived, since most of the younger fans aren’t aware of what life was like back when Clayborn graced the field.

Clayborn played for New England from 1977 through 1989, enjoying a trip to the Super Bowl at the age of 31 after a 1986 season that saw the Patriots finish 11-5 playing for then head coach Raymond Berry, who saw his team lose a frustrating game against the Bears in the Super Bowl.  Clayborn played with a host of terrific players, including Steve Grogan, Sam Cunningham, Mike Haynes, Andre Tippett along with many more and Clayborn admitted he was surprised to see he earned enough votes to make it.

“I keep reverting back to the Super Bowls and previous years when I was a candidate; it always had gone to one of those guys. I thought the same thing was going to happen again,” Clayborn said Monday via Mike Reiss of ESPN. “I was totally surprised and very happy.”

Haynes to this day still holds the franchise record for career interceptions, having totaled 36 over his tenure with the team.  However, it’s a record he shares with former Patriots cornerback Ty Law, who also picked off 36 of his own.  But Clayborn admitted, that had it not been for Law’s final injury-plagued season in 2004, Law likely would have broken it.

“Ty’s last year with the Patriots, he was injured after he tied it. I believe he would have broken it if he hadn’t been injured,” Clayborn told Reiss. “I look at him officially as the guy that holds that record, because if he hadn’t of been injured, he would’ve gotten it. But I am proud of being tied with Ty Law, who I think belongs in the Pro Football Hall of Fame.”

Patriots owner Robert Kraft was the person who called Clayborn to give him the news and it’s an experience Kraft enjoyed, especially considering he was one of the fans who was at the games as a season-ticket holder during Clayborn’s incredible career.

“I was fortunate to be a season ticket holder during Raymond’s entire Patriots career,” Kraft said in a statement via the team’s official site.. “For the first half of his career, he teamed with Michael Haynes to form one of the best corner tandems in league history. Throughout his career, Raymond was a physical, shutdown corner.”

“One of my favorite memories was watching the 1985 team advance to the Super Bowl after Raymond helped us break the Orange Bowl curse when he stymied future Hall of Fame quarterback Dan Marino with a dominant performance against Pro Bowl receivers Mark Duper and Mark Clayton. Raymond had six passes defensed and an interception to help us claim our first conference title. It was the greatest upset victory in franchise history at the time and one the entire New England region celebrated.”

“It is a well-deserved honor and I look forward to presenting him his hall of fame jacket.”

Congratulations to Clayborn, as it’s definitely a well-deserved honor and it’s great to finally see him receive the recognition after his terrific career.

White Back on the Roster – The Patriots made a transaction on Monday, signing former Alabama wideout DeAndrew White back to a group that now features eleven receivers on the roster.

During White’s time at Alabama, he totaled 94 catches for 1294 yards and 12 touchdowns from 2011-2014.  He was originally an undrafted free agent before joining the 49ers, and thanks to the fact he landed in New England last season, he’s already enjoyed being an understudy on a team that won a championship.  Now he’ll face the challenge of standing out among one of the more talented groups this club has ever had.

Edelman Celebrates A Birthday – Patriots wide receiver Julian Edelman turned 31 on Monday and the team’s official Twitter account had a little fun to commemorate his birthday.

They posted a couple of Tweets, making light of one of the key moments in the Super Bowl, as well as providing fans with footage of the veteran wideout mic’d up on the field.

A birthday treat: best of @edelman11 mic'd up: pic.twitter.com/KzkEd9MVJe

Great stuff and best wishes to a player who is obviously the heart and soul of the offense.