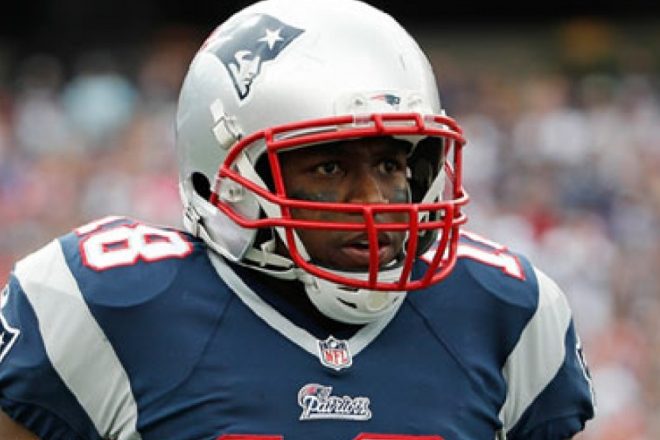 One of the biggest news stories of the day was the mass firings by ESPN, which targeted a fair amount of notable personalities and left them out of a job after the World Wide Leader jettisoned almost 100 people .

Some notable names included Ed Werder, who got the double whammy of having received the news his dog was in its final days and less than an hour later found himself out of a job.

These back to back tweets from Ed Werder are absolutely brutal pic.twitter.com/jmxdXIKs01

From there, there were several additional big names in terms of the NFL world that came through. They included Trent Dilfer and Paul Kuharsky, who covers the Titans and was just mentioned in a piece by Mike Reiss a few days ago.  Other NFL contributors who are also out are Jarrett Bell and Ashley Fox, joining a significantly large pool of people now looking for work.

The most frustrating part of the cuts is aside from a few notable names, the vast majority of people let go on Wednesday consisted largely of writers and reporters, which given the network’s reported interest in focusing on digital content, contradicts that notion.

President John Skipper released a statement on Wednesday addressing the decision, but used the words “versatility and value” to describe the reasoning behind those who survived today’s cuts.

“Dynamic change demands an increased focus on versatility and value, and as a result, we have been engaged in the challenging process of determining the talent—anchors, analysts, reporters, writers and those who handle play-by-play—necessary to meet those demands,” said Skipper via WFSB.com.

The agreement stems from the “First Five Project”, where ESPN agreed to create 200 new full-time jobs within five years.  Despite laying off 300 off air employees in 2015 and laying off 100 from this round, they’re reportedly still fulfilling that agreement and plan to hire more people, with employees at the network telling WFSB that they suspect much of it will be for digital content and the jobs are expected to be lower paying.

Deadspin has the full list of cuts via this link.

Slater, Tippett Will Announce Picks – It appears a couple of Patriots will be a part of the NFL Draft this weekend.

Tippett is slated to call out New England’s second-round pick, which they don’t have right now, while Slater is set to call out their third-round pick.  They currently have two in the third, which Mike Reiss noted on Wednesday should see Tippett call out one of those in the event the Patriots don’t trade up into round two.

As it stands right now, the Patriots are without a first and second round selection and their first pick won’t come until the third round, with the 72nd overall pick.  They also have the 96th overall pick in that round as well.

Looking Back at 2016 Picks – I did a post draft video after the Patriots made their selections and it’s funny to look back at some of the thoughts, etc. on some of the players after seeing them in their first year with the team.

Hindsight is obviously 20/20 – and a reminder of why there are better people in charge of making these evaluations within the Patriots organization. Nevertheless, it wasn’t a bad draft at all last season, with several players becoming key contributors during the Patriots’ championship run.

Harmon Visits High School – Duron Harmon was busy in the community on Wednesday, visiting a local high school  for the “Fuel Up to Play 60” Program.

The veteran safety, who signed an extension this offseason, visited the High School of Commerce in Springfield and posted a photo on his Instagram account of his visit, which included  $22,000 grant awarded from the New England Dairy and Food Council.

Breakfast fuels high school students to perform their best! High School of Commerce added breakfast in the classroom to help level the playing field by reducing hunger. Great to see schools, dairy farmers, and community groups working as a team to make this happen.

“You can’t be a successful student or athlete without the right fuel in your system,” said Harmon via WWLP. “It’s an honor to be here today meeting with these students and reinforcing the importance of healthy eating at school.”

Patriots Host Skuta, Fusco – With the draft approaching, the Patriots took a look at a couple of free agents on Wednesday as they continue building 2017’s team.

Skuta, who is a former undrafted free agent, was released by the team on April 11th after just two seasons with the team.  He totaled 18 tackles and no sacks through 13 games last season and had two so-so seasons for a Jaguars team that was in need of some help at linebacker with veteran Paul Posluszny.

As for Fusco, 28, Adam Caplan reported that the former sixth-round pick, who was released by Minnesota in February, played both center and guard for the Vikings.  He was a salary cap casualty earlier this offseason but could be a player New England may have an interest in given his versatility.

Garoppolo Taking Offseason in Stride – Mike Giardi caught up with Jimmy Garoppolo at the Celtics game Wednesday night and rather than let him enjoy the game, decided to get him on camera for an interview.

“To be honest, I really didn’t think about it,” Garoppolo told Giardi when asked about the trade rumors out of Cleveland about him. “I was just enjoying the offseason, working out, grinding out in California with the guys and now we’re back at it with the team.”

Giardi asked him if it’s been a short offseason for him.

“Very short. It’s a good problem to have though.”

There’s more in the video above.

Good job by Giardi for the interview, but next time, let the kid enjoy the game already.