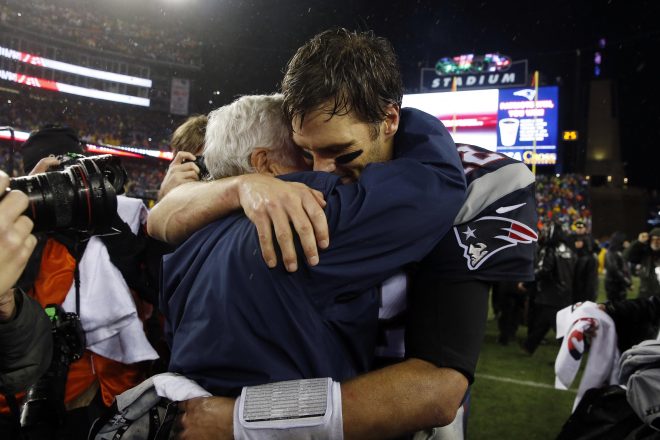 Brady Plans on Sticking Around For a While – People might still be wondering what type of time frame Tom Brady might have in mind in terms of how much longer he plans on playing football, and it sounds like anyone concerned about this era coming to a close any time soon might be able to rest a little easier.

Brady had already made it clear that he’s far from close to being done with the game and recently reiterated that to Robert Kraft, who said on Monday that the veteran quarterback plans on playing into his late 40s.

“As recently as 2-3 days ago, he assured me he’d be willing to play six to seven more years and at the level he performed,” Kraft said Monday at the NFL’s annual meeting via Mike Reiss of ESPN. “There’s no one that would be happier than I, and our fan base.”

The 39-year old turns 40 on August 3rd, starting both a new chapter in his life both on and off the field.  As he waves good-bye to his 30s, he’ll begin his journey down the road of what will most likely be the most scrutinized of his career.  Crossing the barrier into that age group has usually spelled the beginning of the end for even the best quarterbacks, with none of them playing anywhere close to the level of what Brady did at the age of 39.  Now the question will be whether or not one of the most consistent players in the game can carry his success into the next stage of his career. 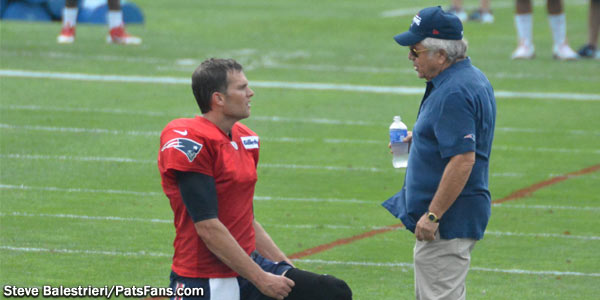 
Everyone knows about his work ethic both in terms of how he approaches the game in his preparation and with how he takes care of himself.  Kraft mentioned on Monday that Brady has been doing that since the beginning, which certainly speaks volumes about his success.

“I think Tommy’s sustained excellence is just unbelievable,” said Kraft.  “It’s a lifestyle. He’s in training now, it’s not like he’s stopped.  I remember after our first Super Bowl in ’01 going down in the training room in the old Foxboro Stadium, three days after we won, he’s in there with the music blaring working out. He’s really dedicated.  The thing that’s amazing about him. To this day, he hasn’t changed as a human being in how he relates to people, but also how he works out. The only thing that’s probably changed is how he eats and his diet. I’m not sure avocado ice cream is right for me, but if I could look like him and perform half as well, I guess I’d do it.”

How he performs at 40 will likely be one topic we’ll probably hear quite a bit in the months ahead and expect the pool of sharks to continue grow. There have already been plenty of media both locally and nationally who spent all of last season circling him and waiting for him to fail, obviously looking to pounce while being the first to announce his demise.

We’ve probably already missed out on many of them.  If you could go back and dig out the stories written when the Patriots trailed by 25-points in the third quarter against the Falcons in Houston (or likely following the pick-six he threw in the first half), there were probably some nauseating ones.  Fortunately those never saw daylight and instead they were ultimately crumpled up and thrown into the bin after Brady erased the deficit and brought the team back for a historic victory.

But there are likely some who still have one on their laptops half-written, knowing that day has to come eventually.  Now it’s just up to Brady to decide whether they’ll ever be printed, or if he’ll instead walk away at the top of his game before his critics ever get the opportunity to write his obituary. 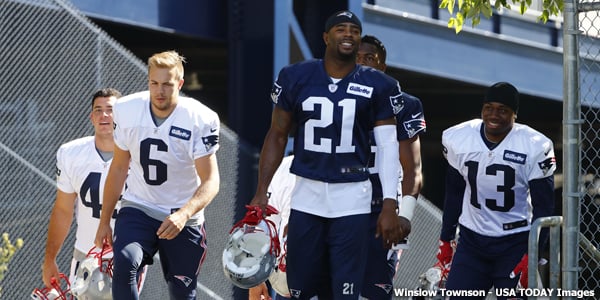 What does the future hold for Butler?


Kraft Hopes Butler is “with us” – The situation with Malcolm Butler continues to drag on, but Patriots owner Robert Kraft told reporters on Monday that it remains his hope that Butler is still in New England’s secondary in 2017.

“I know he has the ability to go out in the market and get someone to sign him, and then we either match it or get the first-round draft pick. “I’m rooting, I hope, he’s with us and signs his [tender] and plays for us,” Kraft said via the Boston Globe.  “I have a great affection for him. He was part of probably the greatest play in the history of our team, but there are a lot of people involved in that on both sides.”

When asked if the team intended to trade him, Kraft responded with a clear “No.”

The Saints remain the team who appear to be the team Butler might be destined to end up, although despite a cryptic post on Instagram, nothing has materialized just yet.  Multiple reports have indicated that the two sides having discussed possible parameters about a new contract, but the Globe reports that as of now, Butler hasn’t received an offer sheet.

Having already signed Stephon Gilmore to a contract this offseason, New England’s secondary will certainly have a different look to it next season.  Whether or not Butler might still be a part of it remains to be seen, with the April 21st deadline for restricted free agents to sign an offer sheet with another team now less than a month away.  After listening to Kraft, it sounds like the Patriots intend to continue to be patient while it plays itself out. 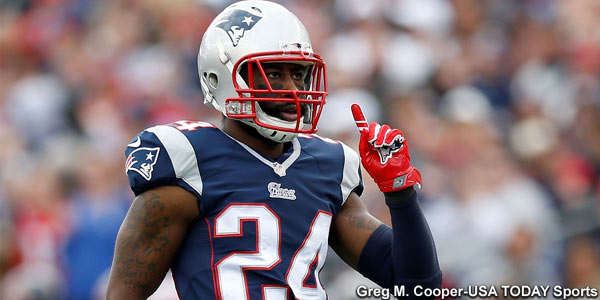 Could Revis Return to New England?


Kraft on Revis: “I would love it” – With Darrelle Revis still without a football team, there are some who believe that a reunion in New England would make plenty of sense and Kraft certainly sounds like he might be open to the possibility.

The New York Daily News reported that Kraft said he has no problem with a Revis reunion, and wouldn’t mind having him back.

Myers also asked Kraft if there had been any contact, to which Kraft replied, “Ask my boy,” referring to Belichick.

As Myers points out, the Jets still owe Revis $6 million in guaranteed money and New York would owe him the balance of whatever another team pays him.  That means that if the Patriots paid Revis the $1 million veteran minimum to return to Foxboro, the Jets would be on the hook for the remaining $5 million.

There’s no love lost between the two organizations and it would certainly be fun seeing the Jets paying the salary of one of their key players during another championship run.  For Revis, if he can’t earn another big pay day, the next logical step would be the opportunity to add another piece of jewelry to his collection.

Either way, for Kraft, it’s up to “his boy” and after winning another ring without him, Revis no longer has the leverage he might have believed he had if he thought the Patriots couldn’t win unless he was on their roster.  Instead, Revis is just another player with an uncertain future who could end up being a spectator again in January while watching his old team make yet another run.

Kraft Calls Move For Patriots Getting Cooks From Saints “Excellent” – Kraft saw how things played out in 2007 after the team acquired Randy Moss and he seems pretty happy about the former Saints receiver being a part of his football team.

Kraft said Monday that he’s been pleased with the personnel moves the team has made so far, and he’s excited about what Cooks will bring to their offense.

“Part of it is the makeup of our team and the opportunities that have come along,” Kraft said via the Boston Globe. “I think what [the football staff] has done has been excellent, including getting [Brandin Cooks] from New Orleans. Since I’ve owned the team the only player that could make an impact like that at wide receiver was Randy Moss. [Cooks] doesn’t have his height but he looks like he’s got his speed. So, I think that’s complementary to what we have on the team and I’m excited about that.”

As for the guy who will be coaching these players, Kraft said he’d like to keep Belichick around until “he’s in his 80s.”

Kraft Believes Giants Would Have Beaten them in Super Bowl XLI – According to Giants co-owner Steve Tisch, Kraft wouldn’t have liked his team’s chances against Tisch’s Giants had they ended up facing each other in Houston in February.

Tisch said that Kraft told him just that, which he took as a compliment.

“Bob Kraft after the Super Bowl told me, ‘You would have beat us,’ ” Tisch said via the New York Post at the NFL Annual Meeting on Monday. “That was a nice compliment.”

Given New York’s history in that game against the Patriots, Tisch admitted that he liked his team’s chances.

“When I heard that, I agreed with him,” said Tisch.

Gronk Anxious to Get Back – It’s been a while since fans have seen Rob Gronkowski out on the football field and it seems like he’s definitely motivated to get back out there.

The veteran tight end is continuing his rehabilitation coming off of a season-ending back injury last season, and although he’s had some fun moments this offseason, he’s looking forward to playing again.

Having fun and all these days but literally can't wait to compete again and play ball. Miss it. Been to long.