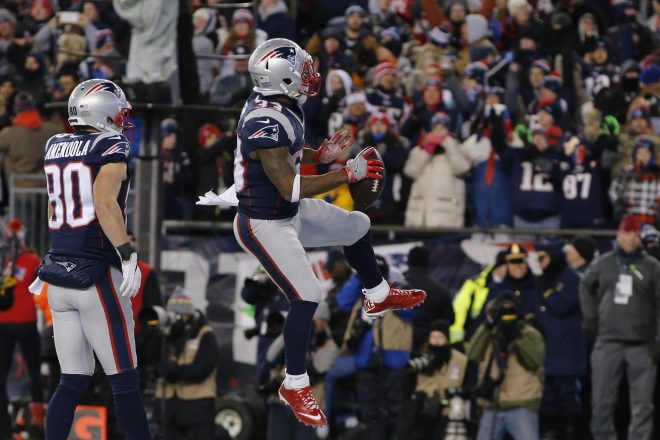 With the start of the 2017 National Football League year just days away, below is a list of key dates for NFL and Patriot fans. Even though training camp is four months away, crucial decisions in the upcoming free agency and next month’s draft will have a critical impact on next season’s success for all 32 teams.

All deadlines are 4:00 pm eastern time unless noted otherwise.

March 7-9: Legal Tampering Period. Teams are permitted to contact, and enter into contract negotiations with the certified agents of players who will become Unrestricted Free Agents upon the expiration of their 2016 Player Contracts.

Thu March 9: Option Clauses. Deadline for teams to exercise options for 2017 on all players who have option clauses in their 2016 contracts.

Thu March 9: Restricted Free Agents. Deadline for teams to submit qualifying offers to their RFA with expiring contracts and to whom they desire to retain a Right of First Refusal/Compensation.

Thu March 9: Exclusive Rights Free Agents. Deadline for teams to submit a Minimum Salary Tender to retain exclusive negotiating rights to their players with expiring 2016 contracts and who have fewer than three accrued seasons of free agency credit.

March 9: Top 51. All teams must be under their salary cap, with only the top 51 players counting against the cap.

Mon April 3: Teams that hired a new head coach may begin offseason workout programs on the first Monday of April.

Mon April 17: Teams with returning head coaches may begin offseason workout programs on the third Monday in April. This is also referred to as Phase One of Organized Team Activities (OTAs). These are two weeks of voluntary strength and conditioning activities, and physical rehabilitation. The strength and conditioning coaches are the only coaches that can be present. There is a time limit of four hours per day and maximum of 90 minutes on the field. Of those four hours the team can specify two hours for players to be at the facility, with players choosing the other two (for weights, running, etc.)

In all phases of OTAs there are a maximum of four workouts per week, none on the weekend. Contact work such as tackling and blocking is prohibited.

Fri April 21: Patriots announce three finalists for the team’s Hall of Fame; fan voting commences, concluding on May 15. The winner will be announced about a week later and the induction ceremony will likely be held the day prior to the first preseason game, with a halftime ceremony at the home opener.

Sat April 29: Teams may sign undrafted rookie free agents as soon as the draft is completed.

Mon April 31: Phase Two of OTAs. Same rules as Phase One, except this is for three weeks and all coaches are permitted on the field. Individual and non-contact drills are allowed. No offense versus defense, no helmets.

May 5-8 or 6-9: Rookie Minicamp. First option for teams to hold their one three-day post-Draft rookie minicamp; from either Friday through Sunday, or from Saturday through Monday.

Tue May 9: Unrestricted Free Agent Tender. Deadline for teams to send “May 9 Tender” to its unsigned Unrestricted Free Agents. If the UFA has not signed a contract with a team by July 22 (or the first scheduled day of the first NFL training camp, whichever is later), he can only negotiate or sign a contract from that date until the Tuesday following the 10th weekend of the regular season only with his old team.

May 12-14 or 13-15: Rookie Minicamp. Second option for teams may to hold their one three-day post-Draft rookie minicamp; from either Friday through Sunday, or from Saturday through Monday.

~ May 18: Winner from fan voting for Patriots Hall of Fame announced.

May 18-21: NFLPA Rookie Premiere, Los Angeles CA. Invited Rookies (typically, first and/or second-round selections) must be permitted by their respective clubs to attend. Such players are unavailable for offseason workouts, OTA days, and minicamps during this period.

Late May-Early June: OTA. Phase Three of Organized Team Activities, with specific dates varying by team. Clubs may have four OTAs in May and four in June. No pads except protective knee or elbow pads, but helmets are permitted. No live contact drills between offensive and defensive linemen. 7-on-7, 9-on-7 and 11-on-11 drills are permitted, provided no live contact takes place. Maximum six total hours per day, with a maximum two hours on the field for any player. Maximum of three OTAs per week for the first two weeks. During weeks one and two a fourth ‘non-OTA’ workout is allowed, but Phase Two rules apply. There are a maximum of four OTAs for the third o fourth week, with the other week being the mandatory minicamp.

June: Mandatory Minicamps, specific dates vary by team. Minicamp must be conducted during the week (Monday through Friday), with physicals taking place on Monday (but no practice or workouts on that day), and then practices on Tuesday through Thursday. Minicamp rules are similar to OTA rules, but Minicamp allows for 10 hours per day, with 3½ hours on the field spread out over two sessions.

Thu June 1: Restricted Free Agent Tender. Deadline for team to apply “June 1 Tender” to its unsigned RFA who received a qualifying offer for a Right of First Refusal Only, in order for that player to be subject to the CBA “June 15 Tender” provision.

Fri June 2: Salary Cap Implications. For any player released, waived or traded after June 2, any remaining prorated signing bonus amounts for future years will be included fully on the team’s 2018 salary.

Sat July 15: Deadline for any franchise tag player to sign a multiyear contract. Any player who does not do so can sign only a one-year contract with his team, and the contract cannot be extended until after the team’s last regular-season game.

Thu July 20: Training Camp opens for the two teams playing in the Hall of Fame game.

Sat July 22 (or the first scheduled day of training camp, whichever is later): Signing Period ends for UFA to whom a “May 9 Tender” was made by prior club. After this date and until the Tuesday following the 10th weekend of the regular season, prior club has exclusive negotiating rights.

Sat July 22: Signing Period ends for Transition Players with outstanding tenders. After this date and until the Tuesday following the 10th weekend of the regular season, prior club has exclusive negotiating rights.

Veteran players (defined as a player with at least one pension-credited season) other than quarterbacks or injured players may report to training camp no earlier than 15 days prior to the team’s first scheduled preseason game or July 15, whichever is later.

Veteran quarterbacks and injured players may be required to report to the club’s preseason training camp no earlier than five days immediately prior to the mandatory reporting date for all other veteran players, provided the club has already opened (or simultaneously opens) its official preseason training camp for all rookies and first-year players.

A three-day acclimation period will apply to players who are on a club’s roster up to and including the mandatory veteran reporting date. Players who join the roster after that date may practice (including wearing pads) and play immediately after passing a physical.

Tue Aug 8: Deadline for players under contract to report to their clubs to earn an accrued season for free agency purposes.

Tue Aug 8: If a drafted rookie has not signed with his club by this date, he cannot be traded to any other club in 2017, and may sign a player contract only with the drafting club until the day of the 2018 draft.

Sat Sept 2: Roster Cuts. Teams must reduce rosters to a maximum of 53 players on the Active/Inactive List.

Sat Sept 2: Simultaneously with the roster cut-down to 53, clubs that have players in the categories of “Active/Physically Unable to Perform” or “Active/Non-Football Injury or Illness” must select one of the following options: place player on “Reserve/Physically Unable to Perform” or “Reserve/Non-Football Injury or Illness”, whichever is applicable; request waivers; terminate contract; trade contract; or continue to count the player on the Active List.

Sun Sept 3: Claiming period for players placed on waivers at the final roster reduction will expire at 12:00 noon ET.

Sun Sept 3: Teams may sign up to ten players to their Practice Squad, starting at 1:00 pm ET.

Sun Sept 3: All tryouts on this date and for the remainder of the season must be reported to the league office.

Thu Sept 7: Top 51 Rule expires and all teams must be under the salary cap for their full roster.

Sept 8, 11-12: Any veteran player with at least four previous pension-credited seasons who is released after week one is entitled to termination pay after the end of the season (contract guaranteed).

Mid October: IR. One player per team per season can return from Injured Reserve to the Active Roster. That player has to have been on IR for at least six weeks.

Oct 13-17: PUP. Beginning on the sixth calendar day prior to a club’s seventh regular season game (including any bye week) and continuing through the day after the conclusion of the 11th regular season weekend, clubs are permitted to begin practicing players on Reserve/Physically Unable to Perform and Reserve/Non-Football Injury or Illness for a period not to exceed 21 days. Players may be activated during the 21-day practice period, or prior to the day after the conclusion of the 21-day period, provided that no player may be activated to participate in a Week 6 game.

Wed Nov 1: Players with at least four previous pension-credited seasons are subject to the waiver system for the remainder of the regular season and postseason.

Tue Nov 14: signing period ends for those playing under a franchise tag. Any players tendered, franchised or drafted rookies who had not signed those offers to this point are now not eligible to play for the rest of the season.

Mon Dec 1: clubs can tryout and negotiate with CFL players whose contracts are about to expire, through January 31.

Jan 1-Feb 5: Once a team’s season is over they can sign practice squad players to futures contracts.

Jan 7-14: Assistant coaches under contract to playoff clubs that won their Wild Card games may be interviewed for head coaching positions through the conclusion of the Divisional Playoff games.

Mon Jan 15: Deadline for college players that are underclassmen to apply for special eligibility. A list of players who are accepted into the NFL Draft will be sent to clubs on January 19.

Sun Jan 28: An assistant coach whose team is participating in the Super Bowl, who has previously interviewed for another club’s head coaching job, may have a second interview with such club no later than the Sunday preceding the Super Bowl.

Tue Jan 30: Deadline for NFL clubs to try out and negotiate with CFL players whose 2017 contracts are due to expire.

Tue Feb 6: Hopefully another parade through the streets of Boston.