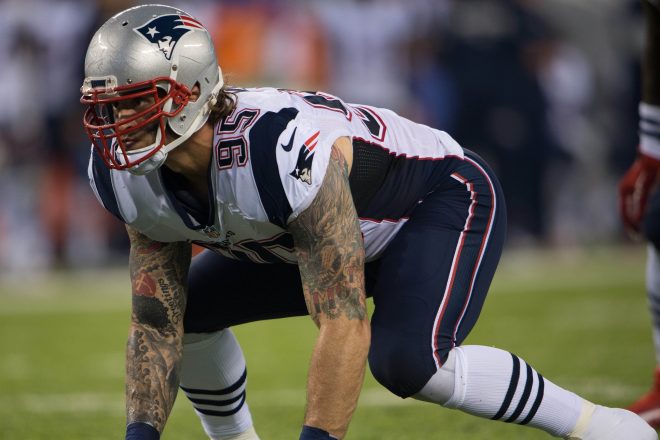 We’ll be doing profiles on each of the free agents in the upcoming days and give you our take on whether they return or move on. One of the players facing free agency is part-time starter defensive end, Chris Long.

The Patriots signed Chris Long to a modest contract ($2.375 million) in 2016 just after trading Chandler Jones to the Arizona Cardinals. Long had been a standout player for the Rams for eight years but had suffered injuries in back-to-back seasons and was thought to be on the downside of his career.

He drew interest from other teams but opted for New England. And for the first time in his NFL career, he played for a winner. Long played in 16 games with seven starts, 35 combined tackles, four sacks, three passes defended and one forced fumble. His playing time was cut back in the Super Bowl and he appeared in just 31 percent of the snaps. He did, however, make an impact in several of his snaps in Houston.

After the big win, he appeared on television to talk about the Super Bowl win and what the atmosphere was like in the Patriots locker room at halftime.

I really do think I just played on the toughest team of all time,” Long said. I was like, ‘Golly, I’ve got some doubts right now. We’ve got to play way better in the second half.’ .. But guys were like walking in, like Duron Harmon, who’s a safety for us, walked in and goes, ‘We’re about to make the biggest comeback in Super Bowl history.’ And I was just like, ‘Dude, can we get a stop? Can we just do one good thing, maybe put one foot in front of the other?’

“But if it wasn’t for guys like Duron that had no doubt, you know, I’m not used to this winning thing,” Long added having played for some dreadful Rams teams in the past.

Long played a valuable role, providing a veteran presence along the defensive line. He totally bought into the team first concept, doing all the little things that Bill Belichick preaches. Although he’s known as an edge rusher, he provided solid run support, setting the edge in the running game and would drop into the throwing lanes when Matt Patricia would send blitzes up the A-gaps. 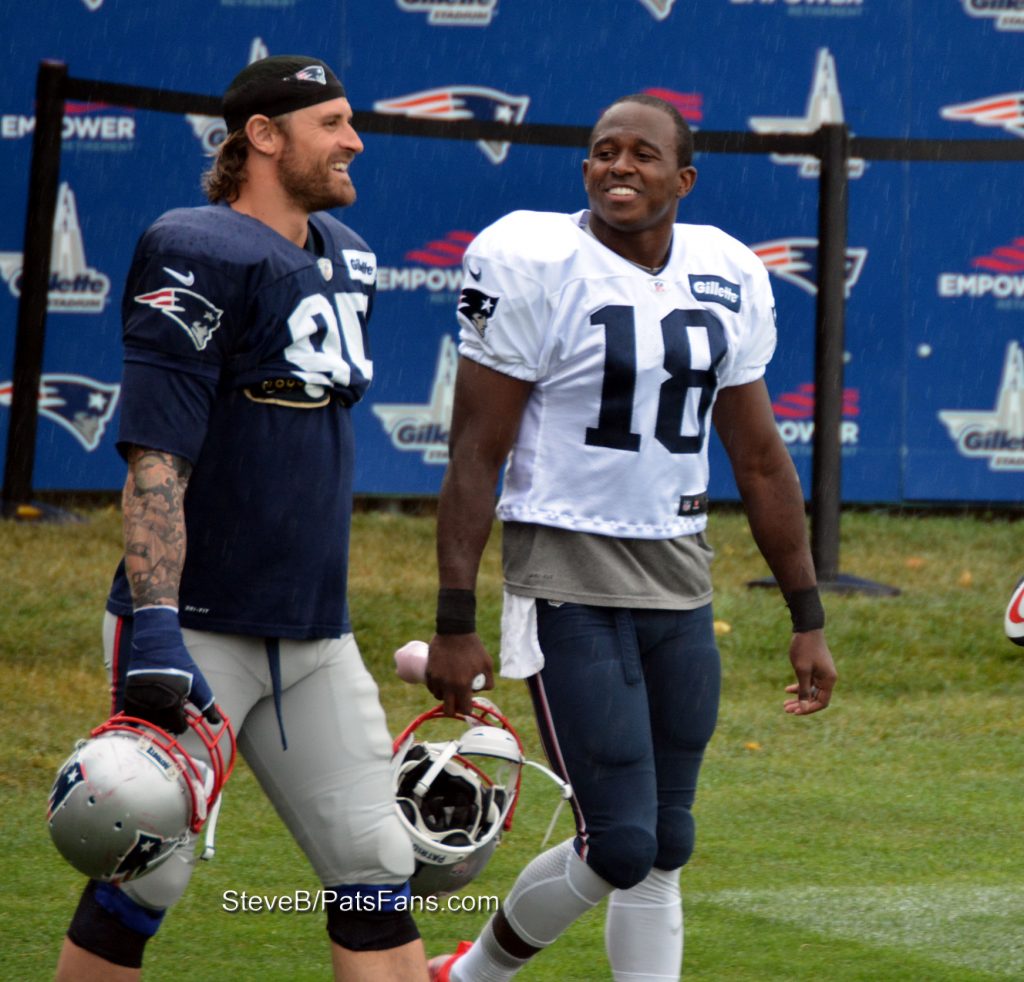 Chris Long was a valuable addition to the Patriots on and off the field in 2016. (SBalestrieri photo)

Why Long Will Return: The Patriots and Long were a good fit in 2016 and there is no reason to think that they couldn’t bring him back for a modest pay raise. Bill Belichick compared Long to Corey Dillion who had played on losing teams before coming to New England for a Super Bowl run in 2004.

Long appeared to love it here in New England and was immediately welcomed by his new teammates. The respect was a two-way street and he assimilated into the locker room seamlessly. He wore a Julian Edelman mask in the locker room one day and cracked up the beat writers and Edelman with a spot-on imitation. That shows the comfort level he immediately had within the confines of the locker room. And that isn’t always the case.

Long would provide a veteran’s presence and savvy with the defense, especially with Jabaal Sheard a free agent. The team could still opt to bring in another free agent or draft a younger player and be part of the rotation with Trey Flowers.

Why Long Won’t Return: There are concerns that Long is closer to the end of his career than the beginning. And that would be correct. How much he has left in the tank is the question that the Patriots coaches have to ask at this point.

Money shouldn’t be the driving issue here. Although a team could come forth and drop some big cash on his doorstep (Detroit?), I don’t see that happening.

The ball is in the Patriots court, was his snap count in the Super Bowl just an exercise in game planning, or did they think his output wouldn’t match the other players. Regardless, he made the most of his opportunities.

But Belichick and Patricia may decide to go younger (Long turns 32 March 28) at the position and re-tool around Flowers and possibly Sheard, if he comes back.

Bottom Line: The Patriots have some interesting decisions to make this spring. With Long and Sheard free agents, and Rob Ninkovich, seemingly having lost a half-step last season, they’ll need to address the defensive end position.

However, if they opt to let Sheard walk for big money which he’ll probably see in free agency, it would make sense to have a proven veteran, something Bill Belichick has always liked on his teams, to help solidify things and help in the rotation. Long has proven that he’s bought into the team-first mentality and will do whatever it takes to ensure the team’s success.

He shouldn’t break the bank and the team could lock him up for another two years at a pretty, modest sum. Therefore I think the chances are better than 50/50 that Long will be in a Patriots uniform in 2017.