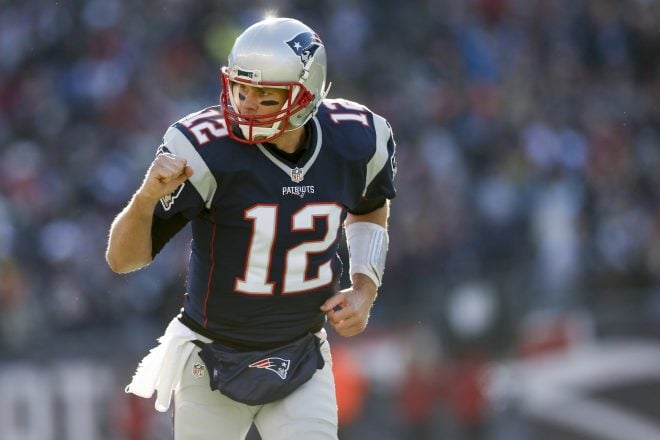 Looking back at 2016, Brady is coming off an impressive season, but one of the things that stood out was his success down in the red area, which saw him finish with an impressive 69% completion percentage during the regular season.

Pulling the numbers out of our stats database, here’s a full look at the totals among receivers who were targeted and caught passes inside the opponents’ 20-yard line this season from Brady this season. 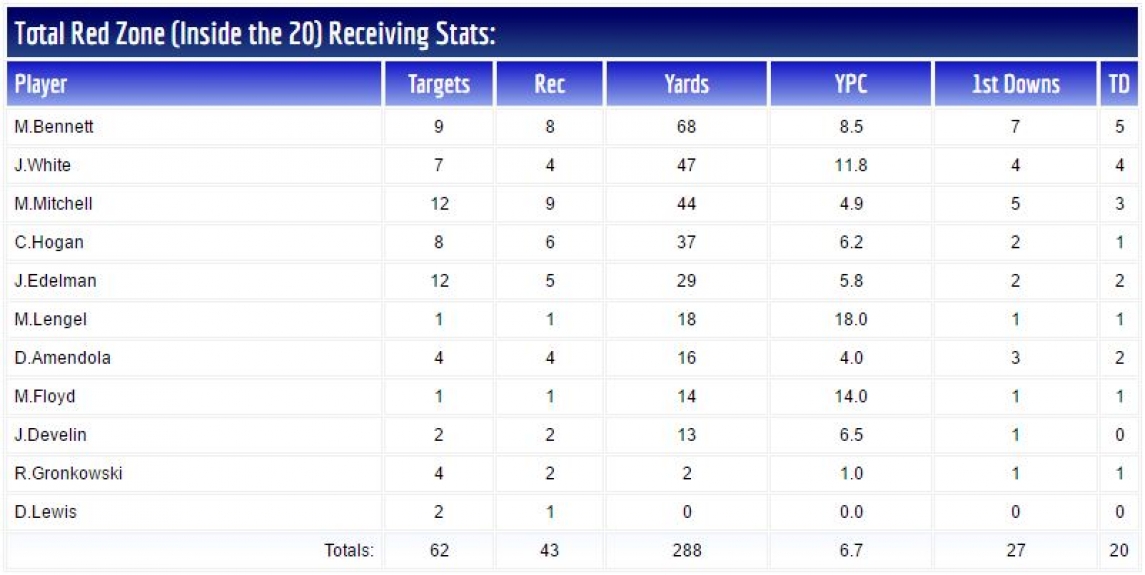 Martellus Bennett finished the year with the most yards (68) and touchdowns (5) as well as the most first downs (7), with Brady missing him on just one pass after completing 8-of-9.

Another name that stands out is Danny Amendola, who Brady was a perfect 4-of-4 with with three first downs and two touchdowns before he got hurt.

Taking it a bit further, take a look at how crazy Brady was in the first quarter this season, with the veteran quarterback missing just one pass all year.  That explains the team’s first quarter success, which saw them outscore opponents 130-32, the most points out of all four quarters by the Patriots’ offense this season.

Brady was perfect throwing to everyone with the exception of Malcolm Mitchell, missing him just once in three targets.  Their first quarter scoring is a sharp turnaround from 2015 where the team scored 89 points, the fewest of all four quarters.  In last year’s first quarters during the regular season, Brady was a combined 13-of-18 (72%) with 78 yards, 6 touchdowns and one interception.

Interesting that Gronkowski went without a fourth quarter reception down in scoring territory, with Brady missing Edelman twice and Malcolm Mitchell once.  Surprisingly, Mitchell has the most yards and first downs in the final 15-minutes, as well as one of Brady’s two fourth quarter red zone scoring passes.

All-in-all, a solid performance for the veteran quarterback.  Hopefully it carries over into the postseason in just under two weeks.

READ NEXT:
How The AFC Playoff Field Shapes Up
Posted Under: Uncategorized