6 years ago at 5:00 am ET
Follow @IanLogue
Posted Under: NFL Commentary 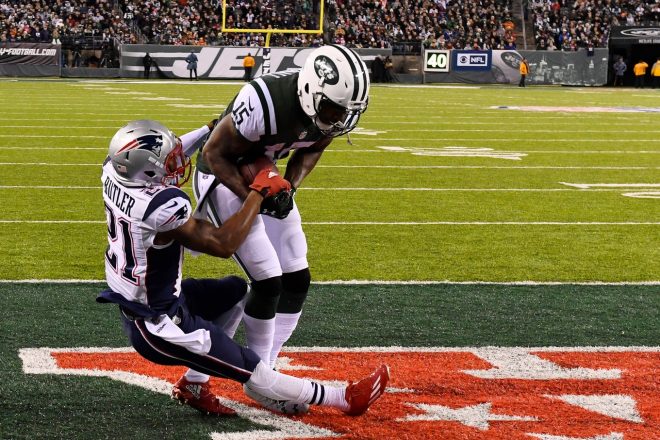 Some guys like to be the last piece of the puzzle, others prefer to be one of the first pieces put on the table before it all comes together.

Brandon Marshall seems to prefer the latter, because as he heads into today’s game against the Patriots, his loyalty to the Jets seems to trump the idea of walking away after the season for an opportunity to contend in New England.

Marshall’s Jets are heading into this game at a dismal 4-10 record, having dropped five of their last six, including their 22-17 loss four games ago at home against New England.  They’re going nowhere and they’re facing the same problem plaguing teams like the Browns, Rams, Bills, Bears and others, which has kept those teams in the gutter for a while now.

They don’t have a quarterback.

For the Jets, they got played this offseason by Ryan Fitzpatrick, who did enough last year to look like he might have finally turned enough of a corner to be their solution. Instead, it seems like he spent the entire offseason waiting around for an answer to his future instead of working out and continuing to do the things he needed to improve himself.  He’s been one of the most disappointing stories of 2016, frustrating his teammates and fans after he tricked the Jets into believing in him and now they’re paying the price.

And right now, Marshall is among those paying for it.  By the time their season ends in two weeks, the veteran receiver will spend his offseason preparing for 2017, missing the playoffs yet again while likely spending his months with the same uncertainty he has right now.

Meanwhile, he’ll watch the Patriots head into the postseason yet again with Tom Brady at the helm, knowing in the back of his mind that thanks to their quarterback, New England has a shot at not only playing in Houston, but winning yet another championship.

It’s a feeling Marshall may never experience, and he’s coming to the end of the line.  With the Jets likely re-evaluating things in a big way this offseason, the 33-year old receiver could find himself without a team should New York opt to go in another direction.

Would Marshall consider playing with Brady and Bill Belichick?  It doesn’t sound like it.  Helping potentially push the Patriots over-the-top worked out for New England when Darrelle Revis was here, but that’s not what Marshall wants to be.  Revis came in for one year, won a title, and used that allure to cash in while using the premise of a homecoming to justify his actions. 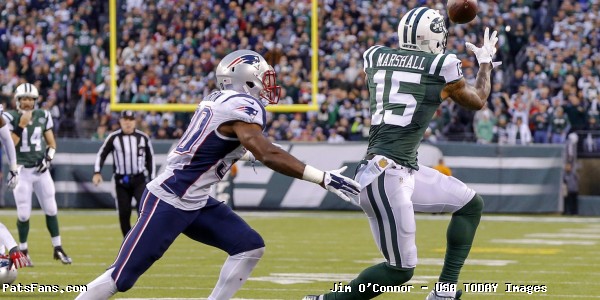 But he’s a Super Bowl Champion, and it’s something that can’t be taken away from him.  Marshall has to know that catching passes from Brady would be an incredible opportunity to finally play to his potential and contend for a championship.  But when he talked about it this week, it didn’t sound like something he would be up for.

“That’s intriguing, but that wouldn’t be my team,” Marshall told the Daily News in a candid discussion about his future. “I would be a rental player.”

But it’s a chance to play in the postseason, which you would think would be something Marshall would relish.  But according to Marshall, while he wants to be a contender, it sounds like not being “the guy” might be an issue that would keep him from including New England as a potential landing spot.

“It’s top priority, I would say, over anything,” Marshall told the Daily News about making the playoffs. “But there’s two things that make it really difficult. One, I love it here. And two, I don’t want to be a rental player for anyone. So, I don’t want to jump ship and take the easy route and go somewhere where I’m just a rental cop for a year or two and I’m not a core guy. I want to do it being a big part of the puzzle.”

But the Patriots have been down this road.  They’ve brought in older veterans in past years and the results became so repetitive it was agonizing.  They’re great from September through early November, but by the time the end of the season arrived, they were worn down and couldn’t beat one-on-one coverage against tougher teams in the postseason.  You’ve seen this group get younger in the past few seasons, and the results have been remarkably better.  As a result, that might not bode well for an opportunity for him to land here anyway.

So for Marshall, if it’s not the Jets, it’s tough to say where he’ll end up.  He wants a shot at postseason football.  He wants to win a title.  But if it requires being among a terrific group of players and catching passes from one of the all-time greats, Marshall sounds like he’d say, “no thanks.”

That’s not happening, at least for this year.  If he moves on from New York, we’ll see if his next landing spot holds the opportunity he’s seeking, or if he’ll spend his offseason the way he has as a member of the Jets.

Watching playoff football, which will include Brady and Belichick, from the comfort of his couch.

READ NEXT:
Five Patriots Players To Watch Against the Jets
Posted Under: NFL Commentary