6 years ago at 6:00 am ET
Follow @AllThingsPats
Posted Under: NFL Commentary 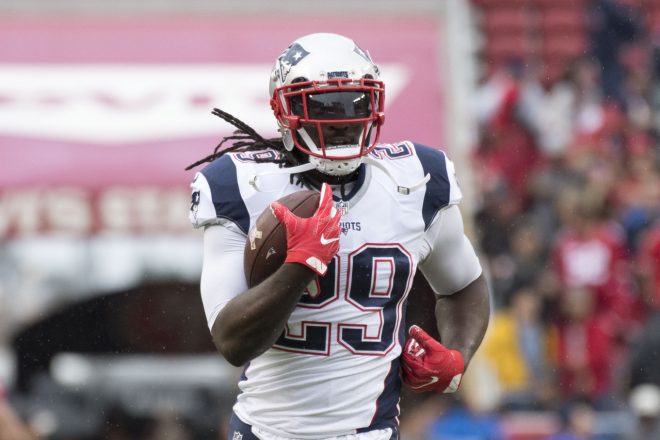 Earlier this week the Westgate Las Vegas Superbook released their ‘look ahead’ betting lines for NFL Week 13. These odds are published in advance of any of the prior week’s games being played, including the three Week 12 Thanksgiving Day games. Early lines give some clairvoyant risk takers an opportunity to roll the dice on games that will not take place for another week and a half. There are times when public reaction to the most recent game clouds reality, and for a moment one can exploit the betting lines on a team that may be overrated or underrated due to the most recent result – or be done in by an unforeseen injury.

For the third consecutive week the New England Patriots were listed as the heaviest favorite in these early odds. After two weeks on the road the Pats return to Gillette Stadium. The Westgate lists the Patriots as 14 point home favorites against Los Angeles. The Rams have plenty of talent on defense. Jeff Fisher’s defense ranks fifth in scoring (18.7 points per game), sixth in yards (318 per game), seventh in yards per play (5.0) and seventh on third down (36.7%).

So why is there such a large spread for this game? Fisher has never been known for his offensive acumen, and this season is no different. The Rams have the worst offense in the league, which is quite an achievement when you consider how inept certain other offenses such as the Browns, Jets and Bears have been this season. LA ranks dead last in scoring (14.9 points per game), 31st in yardage (a hair under 300 yards per game) and is 30th at 4.8 yards per play.

Mr. Mean Mustache needs just four more losses to become the biggest loser in NFL history. Fisher has not had a winning season since 2008, and in each of his five seasons as head coach of the Rams his team has had six losses ten games into the season. I suppose that means we have to give him credit for consistency.

Enough of Fisher, back to the Week 13 games. The slimmest early odds belong to Cincinnati as a one-point home favorite over Philadelphia, and Dallas a two-point favorite at Minnesota. With the Cowboys winning and Vikings losing Thursday I would expect that spread to increase when odds are published Monday. Dallas is one of three road favorites for Week 13. Denver is favored by 4½ at Jacksonville; considering how bad the Jaguars have been I am ready to jump on the Broncos in that game. The other road fave is Indy, by 2½ points at the Jets.

The Browns are guaranteed to not lose in Week 13. Cleveland and Tennessee will not play, which will complete all of the byes for the 2016 season.

By: Ian Logue
Thursday night's New England Patriots loss against the Bills started off with a miscue and then a little bit of hope, but everything essentially went…
12 hours ago

By: Mark Morse
It was a bad look on Thursday night.  The Patriots embarrassed themselves in the 24-10 loss to the Buffalo Bills.  The frustration is starting to…
15 hours ago

By: Steve Balestrieri
But rather than calling two plays during the timeout, they called their third and final timeout. That’s Football 101 stuff
16 hours ago