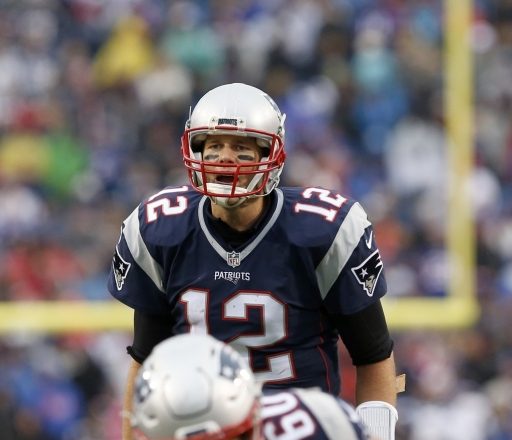 In a formal announcement by the New England Patriots on Thursday, quarterback Tom Brady has been named the AFC Offensive Player of the Month for October 2016.

The monthly honor marks the ninth time in Brady’s career that he has earned the award and it surpasses Peyton Manning’s record for most in NFL history. It is Brady’s second award in 2016 following an Offensive Player of the Week selection for his efforts against the Cleveland Browns on October 9th.

Following the four game Deflategate suspension, Brady has been on a tear in his return to the NFL. He has a perfect 4-0 record to go along with completing 98 of 134 passes for 1,319 yards with 12 touchdowns and zero interceptions. In three of four starts Brady has passed for over 300 yards including a 406 yard day against the Browns.

According to the Patriots.com Press Release, “Brady owns a 48-13 October record for the most wins in the month by any starting quarterback in NFL history. Peyton Manning (45-16) has the second-most wins in October by an NFL quarterback. Brady has now won 13 straight games in October. ”

Brady’s selection continues a trend of Patriots earning in-season awards,  he is one of five Patriots to take at least one home in 2016 following Player of the Week Awards to Stephen Gostkowski, Ryan Allen, and Dont’a Hightower, along with a Player of the Month award to LeGarrette Blount in September.

By: Mark Morse
Both games are in the books and we have learned about several players we have not seen play.  The practices leading up to the games…
43 mins ago