Belichick: Collins no longer a top linebacker? – New England’s defense will likely remain under the microscope during the remainder of the bye week thanks to the trade of Jamie Collins, with the veteran’s departure likely signaling the start of a transition for a group that will have to adjust now that he’s no longer with the team.

According to ESPN’s Mike Reiss, one other reason behind the decision likely stemmed from the fact Bill Belichick may no longer have felt that Collins was a top linebacker in the league, causing them to prioritize other players over him.

Whatever the reason, Belichick didn’t mention it Monday afternoon during his weekly appearance on WEEI and to no one’s surprise, gave the answer everyone likely expected.

“In the end, we did what we thought was best for the football team,” said Belichick during his weekly appearance on WEEI.  “There are a lot of things to take into consideration. I’m sure we could bring up a lot of points to talk about, but in the end, that’s really the bottom line.”

The one solace is Collins will be joining a team that for at least this year, won’t be a threat in January.  Where he ends up after that remains to be seen, as he’ll be a free agent after the year and will reportedly be looking for a deal in the neighborhood of the deal Denver’s Von Miller received.  However, Browns head coach, Hugh Jackson, is hopeful that his new player will be with him for the long haul as he tries to bring the Browns back to becoming a contender.

“I think we would love to keep him, obviously, but it has to be mutual,” said Jackson.  “Hopefully, we can move in that direction. I think it is getting him here, having him get to know us and us getting to know him. We know what he is, we know what he brings to the table and I don’t think we would have done this if we do not think there is an opportunity to move forward with him.”

As for the Patriots, they’re on to Seattle.

McCourty Caught Off Guard By Collins Trade – Patriots safety Devin McCourty is one of the most important leaders on New England’s defense, and he joined everyone else as genuinely stunned when he heard the news.

The veteran told CSNNE that he was surprised, and he knows a move of this magnitude is definitely going to lead to some significant changes on defense.

“Jamie is a huge piece of our defense, arguably our best defensive player,” said McCourty. “So there’s gonna be a lot of changes that come from this move and I think as players that has to be our focus — how do we fix things and get things going in a positive direction.”

McCourty noted that Collins’ four years with the team saw him grow into being a big part of the defense and he admitted that losing him was “shocking” to not just him, but to everyone else as well.

“When you get a guy like Jamie who was here for four years, on the team, very productive player,” said McCourty. “To lose him is a bit shocking I think to everyone on the team.” 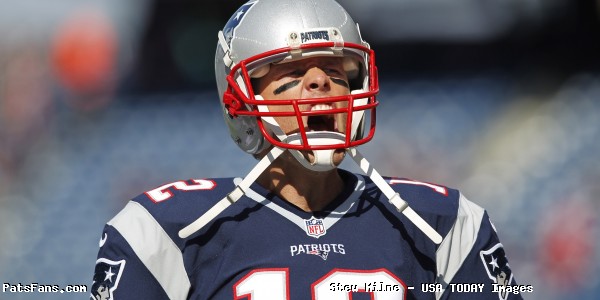 Brady’s already among the league’s best in half the number of games.

In Just Four Games, Brady’s At the Top – He may have only played in four games so far, but Tom Brady is actually among the best in the NFL in several categories, which is pretty impressive given the fact the rest of the league had a pretty good head start while he was suspended during the first four games to start the 2016 campaign.

However, since he’s come back, he’s been pretty unreal.  He has the best QB rating in the NFL at 133.9, far ahead of the next closest player, which is Falcons quarterback Matt Ryan at 115.8.  Behind him after that is the Saints’ Drew Brees, who has a rating of 104.7.

Brady also leads the league in average yards per completion, coming in at 9.8.  That’s also ahead of Ryan (9.4) followed by the Bengals’ Andy Dalton (8.2).

But the biggest thing that stands out is the fact that Brady’s total of 12 touchdowns has catapulted him onto the leaderboard, tying him with two other QBs (Kirk Cousins and Blake Bortles) with the 7th highest total in the league, with Brady obviously having done it in half the time.  The league leader at this point is Ryan’s 19, but at the rate Brady’s going, he should have no issue overtaking him.

Brady’s also the only active starting QB in the NFL still without an interception.

Third down struggles frustrated Bills – On Sunday the Bills got a taste of their own medicine as Brady and the offense had their way on third down, with Brady and the Patriots converting their first five first downs and finishing an impressive 9-of-13, good for nearly a 70% success rate.  That’s a far cry from their meeting earlier this month when New England was held to 1-of-12.

Brady himself was a perfect 8-of-8 passing on third down, all eight of which moved the chains.  That frustrated the Bills’ defense like crazy, and ended up being one of the keys to the Patriots’ win.

“They kept getting first downs,” inside linebacker Preston Brown told the Buffalo News. “It was as simple as that. They outplayed us on third down. I don’t know what the percent was, but I kept looking up and it seemed like it was 7 for 8, 8 for 9. … You’re not going to win any games if you keep doing that.”

It didn’t help two of New England’s touchdowns came on third down, one of which came after the Bills seemingly caught a break thanks to an illegal downfield play on Marcus Cannon to negate a 47-yard gain by Julian Edelman.  What should have been a demoralizing moment for the Patriots instead became one for the Bills.  Brady came right back and hit Chris Hogan on a long bomb that went for a 53-yard score, giving the Patriots a 14-3 advantage that they never relinquished.

“We were finding ways to get them behind the sticks,” Preston Brown said, “but third and long, third and short – they just kept converting and that’s the key to disaster.”

READ NEXT:
Where Do the Patriots Go Defensively Without Collins
Posted Under: Daily Patriots Rundown