It’s been a long four weeks, but with Tom Brady’s suspension in the rear-view, including the fact that any further legal action has been dropped, DeflateGate is finally over and now it’s time for the quarterback to get back at it.

Here are some thoughts as Brady gets set to begin preparing for the Browns:

1) Aside from being photographed sunbathing naked in Italy, Brady kept an incredibly low profile during his absence despite the fact he worked hard throughout his suspension.  According to Tom Curran of CSNNE, Brady worked out four hours a day during the time he was banned from Gillette Stadium, and according to what reports have come out, they’ve been at colleges and areas where his presence, for the most part, didn’t leak out.  Before the suspension, the initial thought was that we might hear about ex-players he was working with making its way through social media.  The fact that didn’t happen is pretty surprising, and the fact he chose to work with college players instead of pro athletes, was one of the most interesting storylines during his time away from the team.

2) With the Patriots sitting at 3-1, that’s a scenario that falls into the category of about as good as we could have hoped for.  Many thought that loss would have come out in Arizona, but after an offseason full of pondering exactly how New England would deal with Brady’s absence, none of that included the curveball of both quarterbacks getting injured.  It’s safe to say that had Jimmy Garoppolo survived the Miami game, the Patriots probably would have run the table at 4-0.  Instead, they’re fortunate because they’re still fully in the driver’s seat in the AFC East, with both Miami and the Jets each sitting at 1-3 and spiraling out of control.  Now Brady is being given back the keys to an offense that hasn’t even fully utilized their weapons yet, and barring any further injuries, hopefully we’ll start to see this group take things to another level once the veteran is back under center.

3) Speaking of Brady, it’s amazing how the discussion after the game in Arizona has come full circle.  Between Garoppolo’s terrific showing in Arizona and his masterful performance before his injury against Miami, followed by Jacoby Brissett’s performance last week before Sunday’s disaster, there were many people out there who were already whispering about the possibility of moving on from Brady and planning the best exit strategy for the veteran quarterback.  Now, instead, everyone is looking forward to Brady’s return as he looks to come back and put this team back on track.  It’s been funny to see it all unfold but it’s also a scary reminder of how quickly opinions change.  Hopefully, his absence has been a reminder of how amazing this era has been and if all goes well, there will still be a few years before it’s something that really needs to be addressed. 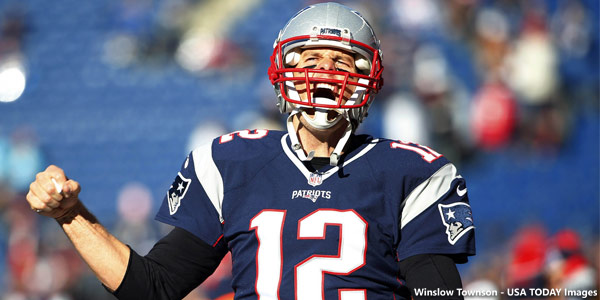 Tom Brady is likely fired up to be back at it as he returns to Gillette Stadium.


4) It’s great to have Brady back, but this week’s trip to Cleveland may not be as easy as people think.  Despite the Browns 0-4 record, with the exception of their opener in Philadelphia (a 29-10 loss), Cleveland has been in each of their last three games.  They lost Sunday to Washington 31-20, but dropped their previous game to the Dolphins 30-24 and fell to the Ravens by just 25-20.  However, they’ve been playing well in recent weeks, and given how well they’ve risen to the level of their opponents, along with the fact they’ve got this game at home, this could be a tougher challenge than expected.  Terrell Pryor has been coming into his own at receiver despite a limited performance that did include a touchdown Sunday against Washington, and rookie quarterback Cody Kessler showed a lot of poise and played pretty well.  Any fans who have obviously watched how young quarterbacks here have played in recent weeks should know not to take them lightly and it’s safe to say that the Patriots will be entering a pretty amped-up stadium when they visit Cleveland next weekend.  As a result, whatever rust Brady might end up dealing with may need to come off pretty quick.

5) Lost in the excitement of Brady’s return is the fact it begins an absolutely brutal stretch.  Following this week’s trip to Cleveland, things really don’t get much easier.  New England catches a break in getting Cincinnati at Gillette when the Patriots return to Foxboro in what will be Brady’s first home game, because they’ve had a tough time with the Bengals on the road.  But from there, they travel to Pittsburgh, followed by a rematch in Buffalo, which given the problems the Patriots have had there, that game isn’t necessary a lock.  After that, they face the Seahawks in Foxboro, followed by two road games in San Francisco and then to MetLife stadium to battle the Jets.  That’s essentially 5 of their next 7 games being played on the road between now and the beginning of December and it will obviously play a huge role in terms of any potential postseason run.

It won’t be easy, but it’s a challenge Brady is most-likely excited to take on.  Barring any further injuries, as well as getting Rob Ninkovich back on defense, the Patriots already find themselves with two terrific additions coming back that should help them immediately.  From there, they’ll get another boost on offense if Dion Lewis is able to get added back into the mix, which could put them in even better shape provided everyone remains healthy.

For now, it all begins this week and seeing #12 back in uniform next Sunday is something that everyone in this region will most definitely be looking forward to.