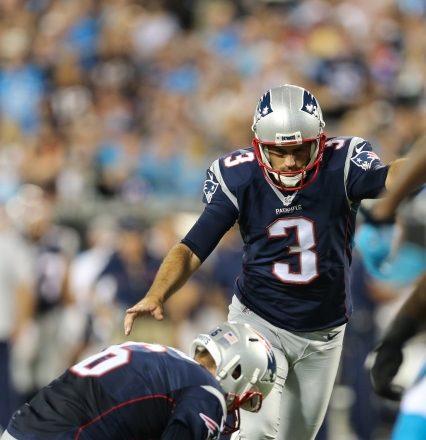 On Wednesday, the New England Patriots formally announced that kicker Stephen Gostkowski was named the AFC Special Teams Player of the Week.

On Sunday night versus the Arizona Cardinals, Gostkowski was perfect on extra point attempts and field goals made from 47, 53, and 32 yards respectively.

Most impressive was the 53 yard attempt early in the fourth quarter.

The award is the fourth in Gostkowski’s career, having previously been named AFC Special Teams Player of the Week in October 2008, October 2009 and last September.

Gostkowski played a pivotal role in the Patriots upset of the Cardinals, drilling the game winner with 3:44 left to play in the game that held up in a 23-21 victory.

Kicker Stephen Gostkowski is named AFC Special Teams Player of Week. 3-of-3 on FGs (47, 53, 32) and some key kickoffs in field-position game