6 years ago at 7:00 am ET
Follow @IanLogue
Posted Under: Patriots Commentary 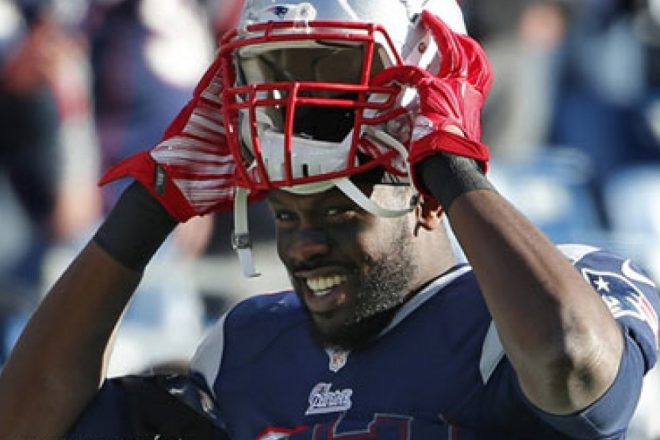 It’s not often you see a player who was traded have to face his former team to open the season, but former defensive end Chandler Jones finds himself in that situation this week as the Cardinals continue getting ready for the Patriots.

Having been traded to his new team back in March, Jones has settled in quite well in Arizona, with head coach Bruce Arians already pleased with how well he’s fit into the defense.  Jones was never much of a run-stopper here in New England and it sounds like the Cardinals are aware of that and are trying to play to his strengths, which has been moving him out as an edge rusher.

Jones had a relatively productive preseason with Arizona, finishing with a sack and two tackles for a loss in his time on the field.  He played in 6 snaps in their Week 1 match-up against the Raiders, 12 snaps in Week 2 and 17 in Week 3.  He dressed but didn’t play in their finale against the Broncos.

So far Arians seems to be pleased with Jones, having told reporters recently that the veteran defensive end, “added what we were looking for.”

One thing he does add is the fact he’s a player who, unlike the rest of his teammates, has some familiarity playing against Garoppolo thanks to having gone against him in practice during his time in New England.

While Garoppolo hasn’t had any NFL game experience, Jones has seen enough to know that this week’s home opener won’t be easy, and he’s expecting a tough battle when they meet Sunday night.

“He’s not Tom Brady,” Jones said via the Cardinals’ official site. “He’s a different quarterback. But I have seen him make some great throws this preseason and even in my years in New England. He made some great throws in practice that I can recall.”