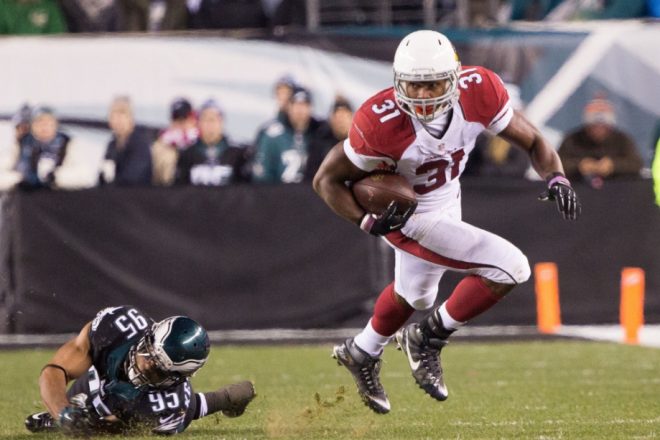 Arizona Has “Super” Aspirations and a Loaded Roster

The Patriots 2016 season kicks off with a Sunday night prime time match-up against the Arizona Cardinals. The will be televised nationally by NBC with Al Michaels and Cris Collinsworth on the call and Michelle Tafoya handling sideline duties. Kickoff is slated for 8:30 p.m.

Head coach Bruce Arians and GM Steve Keim have built a very impressive football team and they made it to the NFC Championship Game a year ago before falling to the Carolina Panthers. Arizona feels like they a team still on the rise and many experts pick them to represent the NFC in the Super Bowl this season.

The defense is deep, talented and extremely fast. They like to bring pressure and create turnovers. It was a subject that Bill Belichick spoke about this week. 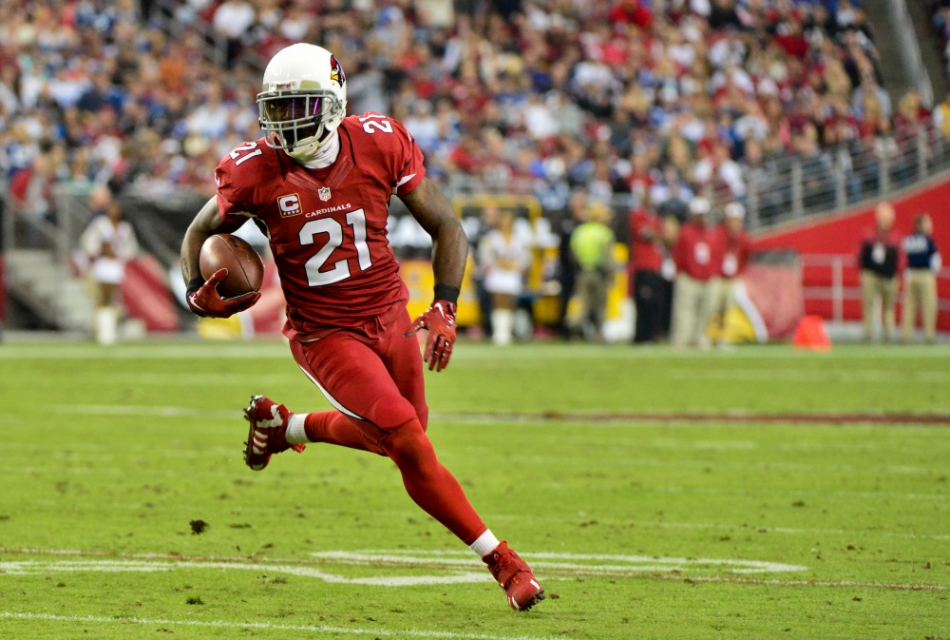 Here are our Five First Impressions of the Cardinals:

Cards Aren’t Just a Passing Team, David Johnson, Key Defensively: When people mention the Arizona offense, visions of Palmer throwing the ball immediately come to mind…and rightfully so. But the Cardinals have a very balanced attack and run the ball extremely well. The guy the Patriots will have to stop is David Johnson.

Johnson is 6’1, 224 pounds and is a true dual threat. He averaged 4.6 yards per carry in 2015 and had eight rushing touchdowns. But for a big back, he’s shown that he can catch the ball out of the backfield as well, adding 36 catches for 457 yards and four more scores a year ago. Chris Johnson and Andre Ellington return to the running game as well.

The Patriots like to make teams one-dimensional defensively and then try to take away their biggest weapon. Trying to stop Johnson this week, may be their top priority. While their passing offense was the #2 unit in the league in 2015, having the #8 rushing offense is a big factor in opening things up.

Arizona is Loaded at WR: Remember those silly days when every spring the social media world was fully of Larry Fitzgerald to New England rumors? Well, Fitzgerald is likely to finish his career in Arizona and headlines a deep and talented core of WRs.

Michael Floyd a big 6’3 target, caught 52 passes for 849 yards and six scores. J.J. Nelson has terrific speed and averaged more than 27 yards per reception a year ago. And Jaron Brown is looking like he’s trying to earn more reps this year. With Fitzgerald and many of the starters held out, had a fantastic summer.

The Patriots are going to have their hands full with this receiving crew. Palmer averaged an incredible 9.2 yards per pass attempt in 2015. This is a group that will test them and test them deep. This is a big first test for the secondary.

With Additions of Jones, Nkemdiche, Will the Cards Blitz as Much? Nobody blitzed more than Arizona did in 2015. The Cardinals brought the heat on about 40 percent of the opposing team’s dropbacks. Part of that was out of necessity. As talented as the Cardinals defense is, they had trouble pressuring the QB without bringing the extra man.

But in a couple of moves this spring, they may feel they’ve addressed that issue. They traded a 2nd-round draft pick along with guard Jonathan Cooper to the Patriots for Chandler Jones. And in the 2016 NFL Draft, they selected DL Robert Nkemdiche. Jones had 12.5 sacks for the Pats a year ago and now, in the ‘Zona 3-4 scheme, he’s playing right outside linebacker.

The team is also high on fellow OLB Marcus Golden who they’re expecting a big second-year jump from. Deone Bucannon is a player to watch as he is known for creating havoc by blitzing up the gaps.

This would have been an interesting matchup had Tom Brady played. Traditionally he eats up teams that blitz, the best way is to drop extra men in coverage and make him hold onto the ball. But facing the much less experienced Jimmy Garoppolo, the Cardinals will probably opt to come after him on nearly every pass.

He’s Baaaack, the “Honey Badger” Mathieu is Healthy: Cardinals defensive back Tyrann Mathieu is not only the on-field leader of this defense, he’s the emotional leader as well. His teammates feed off of his intensity and he was missed in the playoff loss to Carolina.

He suffered a torn ACL in December against the Eagles, his second serious knee injury in three years. Although he’ll be wearing a small knee brace, it isn’t expected to slow him down much at all. The coaching staff opted to keep him out of preseason action but he was reported to look very good in positional drills last week.

He’s been given a clean bill of health and when asked how much the Cardinals expect him to play on Sunday night, head coach Bruce Arians said, “every single play.”

Cornerback a Potential Trouble Spot: One potential area for concern moving forward is the cornerback spot opposite Patrick Peterson. The team had Mike Jenkins but he was injured and tore an ACL and is lost for the season.

The team tried both Cariel Brooks and rookie Brandon Williams in the role but both struggled in a preseason win over the Broncos. Williams, a 6’0, 200-pound rookie from Texas A&M, was taken in the third round of the draft (92nd overall), this year. He has only a year of experience playing corner, having converted from running back. Eventually, he’ll be the guy that they hope will work out, but he’s not ready yet.

Justin Bethel, the three-time Pro Bowler, who has been hobbled with a foot injury remains in the mix. He missed all of spring OTAs and most of training camp after offseason foot surgery. He’s been admittedly rusty since his return.

So the Cardinals made a trade with Kansas City for backup corner Marcus Cooper just a few days ago. Cooper was the Chiefs’ defensive rookie of the year in 2013 but has fallen off the radar the past two years, playing sparingly. The Chiefs tinkered with the idea of moving him to safety this summer. He wasn’t going to make the 53-man roster with KC so the move makes sense for both parties.

The Cardinals are hoping that they can catch lightning in a bottle and that the 6’2, 195-pound Cooper can recreate the performance he had in his first nine games with the Chiefs. Since then, he’s been steadily regressing. A change of scenery may be just what the doctor ordered.

This will be an area to watch on Sunday night to see if there is indeed an issue there for Arizona and whether or not the Patriots under Garoppolo can exploit it.