6 years ago at 9:43 am ET
Follow @SteveB7SFG
Posted Under: Patriots News

The Patriots have released three more veterans today as they cut ties to CB E.J. Biggers, RB Donald Brown and DE Frank Kearse according to sources. Bill Belichick has always favored cutting loose veterans as early as possible if they don’t fit into the team’s plans, to give them a better chance of latching on with other teams. This seems to be the case here as none of the three appeared close to landing a roster spot.

Brown seemed to have a good shot at making a roster spot. LeGarrette Blount and Dion Lewis were coming off of serious injuries, Tyler Gaffney is unproven and Brandon Bolden is mainly a ST’s player. That left James White and a bunch of question marks. 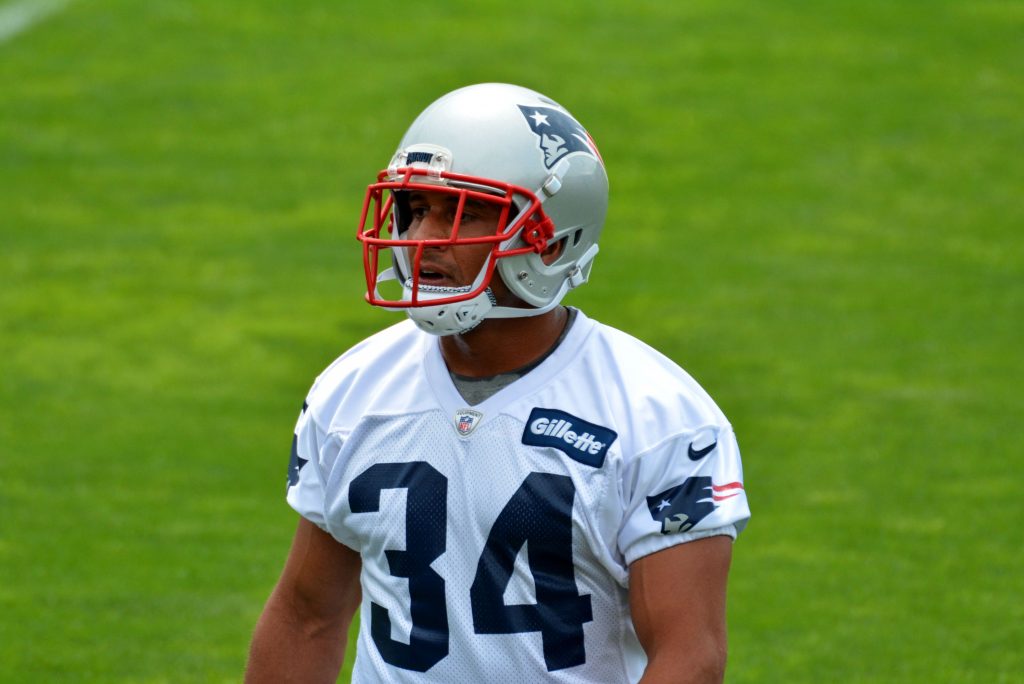 Brown takes a breather after running some drills

But Brown, got hurt early and camp and struggled to get back on the field. Both Gaffney and Blount had solid preseason outings in back-to-back weeks so the team will probably roll with them, White and Bolden to at least initially start the season.

Kearse was a DE in Washington and projected to be an interior player here. He didn’t stand out much during training camp and with others playing at a higher standard, he wasn’t projected to make the team.

Biggers came from Philadelphia as a free agent and signed a 1-year, $840,000 contract with a modest $25,000 signing bonus. With a lack of depth from 2015 in the Patriots secondary, he was thought to be at least in the mix for a veteran presence at cornerback. 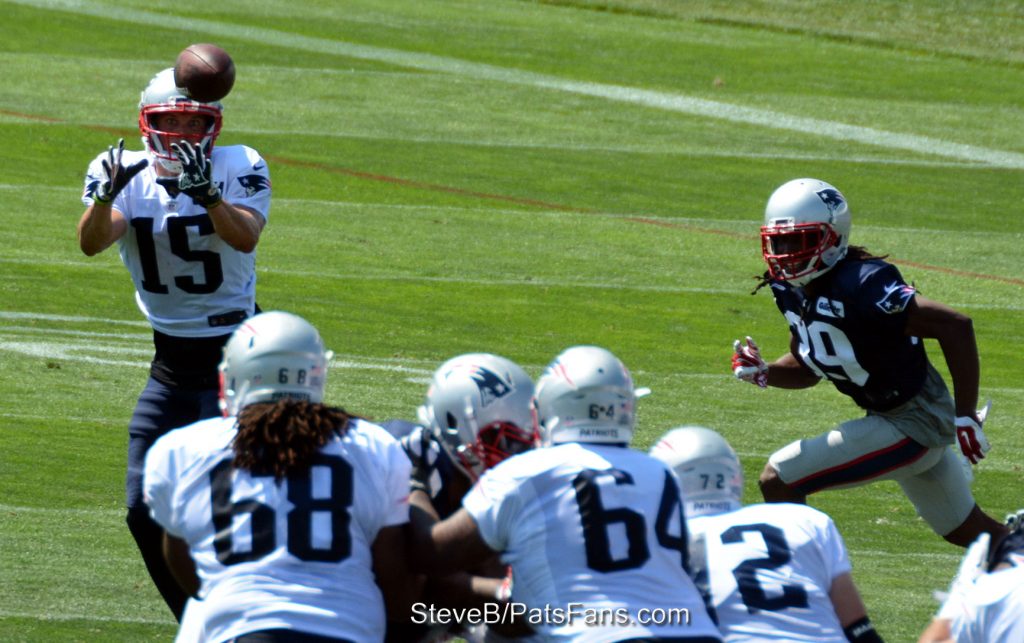 But undrafted rookies Jonathan Jones, Cre’Von LeBlanc as well as 2nd-year player Darryl Roberts have all outplayed him this summer. Not that Biggers play was poor, but the younger, faster and more athletic players were standing out daily. That forced the team to release V’Angelo Bentley and now Biggers.

With his release, the corner position now has Malcolm Butler, Logan Ryan, Justin Coleman, Cyrus Jones, LeBlanc and Roberts as their six top players. They may only opt to keep five so the competition will heat up in the final two weeks.