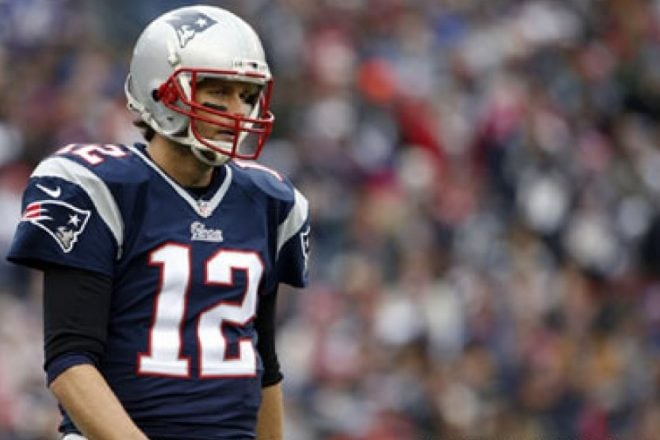 A quiet day this morning one day removed from the Brady news on Monday, but here’s this morning’s rundown.

NFL Execs Beginning to Turn on Goodell – The last year plus has been a long stretch, and it appears even the owners and executives from other teams may be growing weary of this entire mess.

BleacherReport.com’s Mike Freeman spoke to a group of NFL Executives who feel Commissioner Goodell should reduce or even drop Tom Brady’s suspension, while others even believe he should also restore New England’s draft picks.

In the year since, something really strange and unexpected has happened.

I spoke to many of these same sources, 10 interviewed in total, and they now have completely the opposite view. They believe the NFL got the investigation wrong—or mostly wrong—and that the Patriots never cheated. They believe that’s the new consensus around the league.

What they say next is even more staggering.

“I hate the Patriots. I despise them,” said one NFC team executive, who like everyone else interviewed, asked to remain anonymous for fear of angering the league office. “But they really should get those picks back.”

The loss of a first round pick sets teams back for years, and despite their history of winning, the Patriots still need their draft picks just as much as everyone else.  It’s a penalty that is obviously excessive and one that clearly is questionable given the lack of evidence.

Having seen how Goodell has handled this entire situation, other executives from the remaining 31 clubs should be a little concerned that it could someday be their team who suddenly ends up on the wrong end of things, and it sounds like one is already aware of that.

“The Patriots aren’t victims,” a general manager told Freeman, “but they are a cautionary tale for the rest of the league. They’re a reminder the commissioner can do whatever he wants, and there isn’t a damn thing any team can do about it.”

Neither of the two included a signing bonus, so both have plenty of incentive to try and earn a roster spot.

Texas Longhorns Who Have Been Drafted By the Patriots – Here’s a bit of information that will help you solve a trivia question if anyone ever asks you “Which University of Texas players were drafted by the Patriots?”

Hookem.com took a look at players who have come out of the University of Texas and played in New England, with last year’s pick Malcom Brown being the most recent.

Prior to that was David Thomas in 2006, who New England selected in the 3rd round with the 86th overall selection.  He played three seasons in New England before being traded to the Saints in 2009.

Next up was Kenneth Sims, who was taken number one overall in the 1982 draft.  Sims played eight seasons for the Patriots and totaled 17 sacks during his career, including the 1985 AFC Championship season when at the age of 26 Sims racked up 5.5 sacks.

From there you have to go back quite a bit, all the way back to 1973 when the Patriots selected Alan Lowry with the 316th overall pick in the 13th round.

Lowry fared the worst out of any of those selections, never playing a down in the NFL despite being the 1973 Cotton Bowl Offensive MVP.