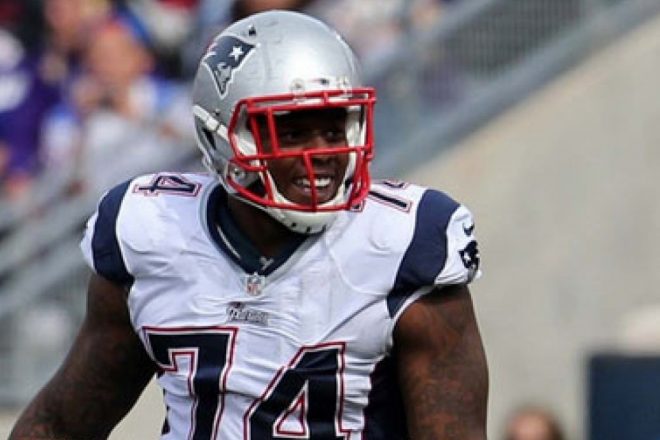 It’s Thursday and we’ve almost made it to the end of the week, so let’s get right to it.

Off Field Issues Related to Easley Spark His Release – In a move that was was both incredibly risky and potentially incredibly brilliant, the selection of Dominique Easley back in 2014 was far and away one of the most surprising and through the end of last season could have been considered one of the more terrific decisions made by Bill Belichick given what was at stake.

Having torn both knees in college, Easley’s health was a massive red flag for anyone who had gotten a look at the reports regarding his medical history.  It proved to be even more concerning following a rookie season that saw him end up on injured reserve by the end of the season, although there was hope for a better year in 2015.

That certainly held true, as Easley showed tremendous growth in just one year, flashing in a big way during much of his playing time in 2015 as he exploded into the backfield of opponents and started to look like the player New England hoped they would get when they drafted him.  The bad news was, his year was cut short due to injury, but what he did show last season was enough of a glimpse for many to wonder if year three would be when we’d finally see him live up to his potential.

Unfortunately, he never made it that far, as Easley, in a surprising move, was waived by the team on Wednesday.

But the story behind Easley’s release apparently goes beyond X’s and O’s, with the team releasing him largely due to his antics in the locker room by a kid who seemingly has far more serious maturity issues than most people were aware of.

According to the Boston Globe’s Ben Volin, this didn’t surprise everyone, including guys who have played with him.  “Saw that coming,” one of Easley’s former Patriots teammates told Volin upon hearing the news. “Injuries and locker room cancer.”

Some of the problems apparently started when he first got there.  Volin reported that when Easley first got to New England, he couldn’t participate in the team’s rookie minicamp because of injuries to his ankles, arms and wrists that the rookie sustained due to bites by his 100-pound plus pet pitbull prior to the draft.  The news reportedly didn’t sit well with the Patriots, and it set him back in his ACL rehab.

But his problems weren’t isolated to just his rookie year and by the sounds of things, not much has changed.  According to Volin, Easley routinely ignored requests to rehab his injuries with the Patriots’ trainers, choosing instead to do it on his own.   It’s been the case for both of the instances Easley has been placed on IR (both in 2014 and 2015), with the third-year tackle immediately leaving the team and doing his own thing instead of following the lead of other players who rehabbed their injuries in Foxboro.

One source told the Globe the Patriots, “never liked him from the get-go, and part of the problem was he would never listen to the medical advice.”  Volin even reported that Easley wasn’t happy to be a Patriot and was telling people during his rookie year that he wanted to be traded.

Given what transpired with Chandler Jones during this past season, that didn’t scare off teams enough to keep them from pulling the trigger on a trade, and you’d have to believe some sort of an attempt was at least made to get something in return for Easley.  So the fact New England sent Easley off with nothing to show for it other than an inflated cap hit tells you other teams likely know his backstory and may not have been willing to give up a draft choice to take a chance on the beleaguered former Gator.

Former Globe writer Shalise Manza Young, now of Yahoo! Sports, said one NFC Exec said of Easley, “he’s a turd” and also said scouts weren’t high on Easley before they opted to take him but Mike Lombardi was, and Belichick took Lombardi’s advice.

As a result, the Patriots clear out an apparent problem player but lose out on a first-round pick that will go down as the first real bust of that round of the Bill Belichick era.  With no first round pick in this year’s draft, Easley’s departure will sting a little, but as we’ve seen in past years, they’ll figure out a way to move on without him and they’ll likely still find a way to win.

McClellin ‘Comfortable’ Rushing the Passer – The addition of Shea McClellin this offseason is one of those moves that will likely fly under the radar a little until fans get a glimpse of what he can do on the field, but it sounds like he’s a player who may give the Patriots some added ability to start improving their pass rush.

The linebacker talked to the media on Wednesday and he’s looking forward to getting to work, and getting after the quarterback is something he hopes he’s in a position to do.

McClellin didn’t have a sack last season and managed just one in 2014 despite playing in 12 games in each of the past two years, but he finished with a career high of 4 in 2012, so clearly the ability is there.  McClellin said that one of the reasons his numbers dropped was because his role changed after the Bears’ coaches began asking him to drop into coverage more frequently.

“We had some things where we blitzed and did that type of thing but there wasn’t a lot of rushing,’ said McClellin.  “They asked me to drop into coverage more and take more of that role and I was fine with it. Like I said, I’m not going to complain about my role. I’m going to work hard at it and give 100 percent out on the field.”

As for whether or not McClellin feels he’ll fit in, he sounds pretty comfortable already.  He’s here to work and he knows what’s expected, so it already sounds like he’s off to a great start heading into 2016.

“I’ve heard they’re strictly business and that’s the way I like to approach it, as strictly business,” said McClellin.  “Just come in every day, give 100 percent, work you’re tail off and everything’s taken care of.”

LaFell Hoping to Not Take a Step Back – After spending time in New England and learning what it’s like to be in an environment where winning is the norm, newly signed Bengals receiver and former Patriot Brandon LaFell is hoping that he’ll be able to experience that same success in Cincinnati.

The veteran wideout told ESPN that there are similarities between both the Patriots and Bengals and that he’s hoping that after finishing 12-4 in 2015, Cincinnati will be poised to have a repeat performance this season.

“Both teams go with a little no-huddle, play with a little tempo make a lot of calls at the line of scrimmage to get the whole offense into the right plays,” LaFell told ESPN’s Coley Harvey,

“I’ve won at least 12 games the last three years,” LaFell said, citing his 2013-2015 seasons where he won 12 games with both the Panthers followed by the Patriots.  “Once you get a taste of winning you don’t want to take a step back and go somewhere where they’re trying to rebuild. If you have options to pick and choose where you want to go, you pick and choose a team that still is winning, has a good quarterback, good system and good opportunity to win.”

We’ll see if he continues to get that feeling in Cincinnati, where recently extended coach Marvin Lewis is 0-7 in the postseason.  That seems to be one thing that isn’t quite as similar as LaFell might have thought before he signed there.

Schedule Set to come out Tonight – We’ve known about the Patriots opponents for this season for a while now, but it looks like we’ll know by the end of today exactly when those games will be played.

ESPN.com reported that the NFL will release the schedule Thursday night, helping players, coaches, and fans finally get a feel for how the road will shape up in 2016.

It’s set to air on ESPN from 8pm-9pm ET, as well as on the NFL Network.

Fortunately we’ll know the dates and times for those games by the time today is over.

SOCIAL MEDIA POST OF THE DAY:
Danny Amendola at the Premiere of Captain America: