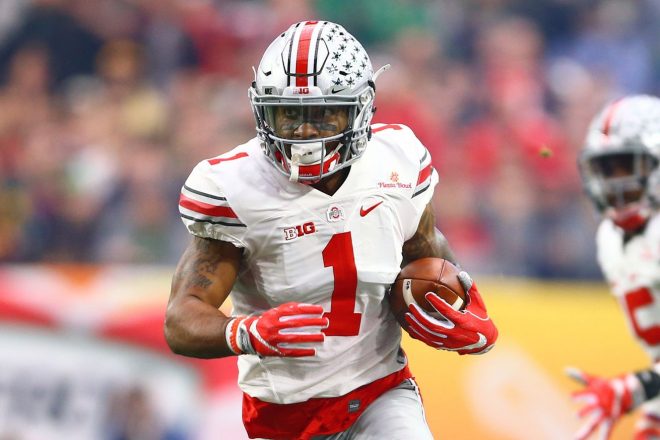 Braxton Miller from Ohio State is an intriguing wide receiver that definitely fits the bill in terms of size and athleticism while he has a limited body of work as a receiver. Miller was the Buckeyes starting quarterback for a couple of years before suffering a serious injury that caused him to miss all of the 2014 season.

Making a full-time switch to wide receiver for Urban Meyer’s Buckeyes was considered a difficult task but Miller was impressive in limited opportunities in his final OSU season. Displaying a knack for getting open and making people miss in the open field, his athleticism served him well in 2015.

It isn’t like the Patriots haven’t turned an athletic QB into a receiver before, doing the same thing with Julian Edelman when he was picked up from Kent State. Miller is just farther along in the process than Edelman was at this time and has better size and speed. 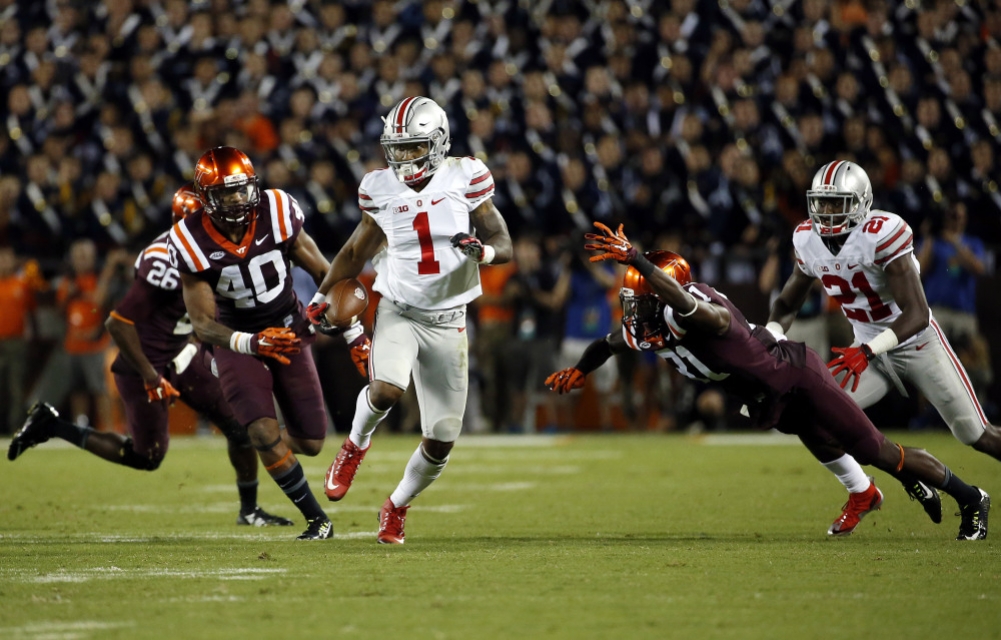 – Has the extra gear to challenge the field vertically

– Elusive in space, can make people miss and get all-important YAC

– Limited experience and production as a WR

– Needs to work on his route running, still a work in progress

– Runs upright and doesn’t sell his fakes, relies on athleticism

What his Role Will Be:
His role will be competing for one of the outside the numbers wide receiver spots on the team and being an immediate impact player.

Will his Role Change from Year 1-2?
Yes, with a year in the system he will be looked to, to be the primary “X”- receiver on the team.

What Current Player on the Roster Will He Replace?
His roster slot will be in direct competition with guys like Dobson, Martin and Washington.

What is his ST Value?
Good, could be used as a return man

Conclusion:
Miller is an intriguing player that could be developed by the Patriots into becoming one of their outside the numbers wide receivers in a role that Brandon LaFell had for the past two seasons.

Bill Belichick and Josh McDaniels could definitely work him into the system and he would give them the size, speed and athleticism that they lack at the WR position. There is no doubt he brings those measurable to the position as well as leadership and the intangibles of having played for one of the top programs in the country.

Belichick is very close to Urban Meyer and they’ve no doubt had talks on Miller’s potential. He’s shown the maturity and willingness to change his game from a QB to a WR and the Patriots, as we mentioned above have done the same with Edelman.

He will take some time to develop, especially with his intermediate routes but with already some depth on the roster, they can take some time to make him fully integrated into the Patriots system. He should immediately give them an option to stretch the field vertically and horizontally and his short passing game with his athleticism will make him hard to take down.