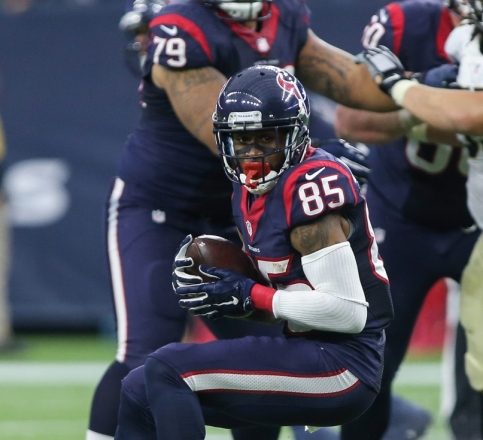 We survived another work week…or at least we will have after today.  Time to grab some coffee and go get it done one final time before we start the weekend.  Here’s the last rundown for this week with today’s news:

Patriots Add WR Washington – Thursday saw the addition of another free agent after Nate Washington signed with the Patriots, adding a veteran receiver to the mix.

Washington, 32, caught 47 passes for 658 yards and four touchdowns with the Texans last season.  According to his agent, Washington is looking forward to the opportunity to play in New England.

“It was a good visit, Nate enjoyed it,” said Brian Overstreet, Washington’s agent said via the Houston Chronicle. “It would be a good opportunity to play with Tom Brady. … Obviously, they’re one of the top franchises. New England would be an excellent opportunity.”

The veteran adds some size at the position, with the 6’1″ Washington joining a Patriots offense where he’ll likely have some familiarity given the fact he played for Texans head coach Bill O’Brien, who was the offensive coordinator during his tenure here in New England.

Washington’s addition adds some competition to a pretty stocked group that the Patriots will take into training camp, and they’re probably not done yet.  So far Washington joins incumbents Julian Edelman and Danny Amendola, along with Keshawn Martin, Aaron Dobson, Chris Hogan, Chris Harper and DeAndre Carter and there’s still a possibility they could add another in next month’s draft.

Strong praise for Ebner in Olympic Rugby Pursuit – The Patriots have been supportive of special teams standout and safety Nate Ebner’s Olympic dreams and it sounds like he’s already impressed his new coach as he looks to compete for a chance to go to Rio.

Mike Friday, the USA Rugby Men’s Sevens Head Coach, said that Ebner is ‘in great shape’ and he’s looking forward to trying to get him up to speed.

“We are aware of Nate’s rugby background from his high school and college days and this was the key to him being in a position to compete with the current squad,” said Friday via thehindu.com. “He is in great shape and we will be able to condition him over the next 6 to 8 weeks to be more aligned with rugby and work with him to get him up to speed on his skills and tactical understanding.”

Ebner’s place on the team isn’t a guarantee just yet, as he’ll have to compete against some talented athletes.  However, USA Rugby performance director Alex Magleby said he expects Ebner to rise to the challenge.

“He will be up against it in an already competitive player pool for Rio,” said Magleby. “But knowing Nate, he will relish in that challenge and will work hard to bring out the best in himself and his US teammates.”

Mayo Expresses His Love of New England – Hearing the news of Jerod Mayo’s retirement was obviously sad to hear, but the now-former Patriots linebacker’s words on Thursday were a reminder of just what a terrific person he really is.

Facing the prospect of not having a role with New England coming off of injury-riddled seasons and sitting with a high cap number, Mayo explained that his decision to retire was made because it came down to his love and loyalty to the team that brought him in and helped him become one of the most respected players in the league. 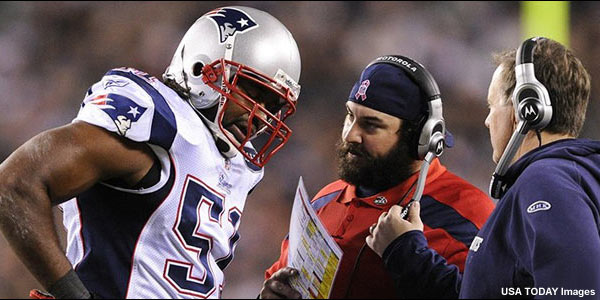 “I could never play for someone else, I told Bill [Belichick] that,” Mayo said on PFW in Progress via MassLive.com. “If teams were calling, I would never go. I could never see myself playing for another team.”

“I’m big into loyalty.  The Kraft family and coach Belichick, they’ve always been loyal to me and I owe it to them. It hasn’t been about money. I was pre-CBA. I was top 10 pre-CBA…It honestly was never really about the money after you finish that first conract. I just love the game of football. It’s good, and it’s about relationships. It’s all about relationships, I’ve formed some great relationships, from the people in the kitchen to the janitors and the coaches and things like that. I’ve always tried to treat everyone the same, and try to leave a legacy of giving back.”

Mayo also said that he’ll be working with Optum, which is a health care technology company based out of Providence.  Mayo said that being on injured reserve as much as he had over the final years of his career, this move was something he said that he’s already been thinking about.

Former Patriots RB Turner Passes – Some sad news on Thursday after former Patriots running back Kevin Turner passed away at the age of 46 after battling Lou Gehrig’s disease.

Turner was drafted by New England back in the third round of the 1992 draft (71st overall) out of the University of Alabama and played three seasons with the Patriots before finishing his career with the Eagles.  He finished his career in New England with 96 carries for 382 yards and one rushing touchdown, while also catching 98 passes for 856 yards and 7 receiving touchdowns.

His death was announced by his father, Raymond Turner, who released a statement on Facebook, which was also posted on the Kevin Turner Foundation’s website.

“Myra and I lost a great son today. He will be missed so much,” wrote his father.  “Thanks to everyone so very much for your support and prayers during this journey. He was ready to go to Heaven, excited he said, Love y’all and God Bless.”

He leaves behind three children, with his son Nolan, 18, having committed to play at Clemson for head coach Dabo Swinney, who was a teammate of Turner during his days playing for the Crimson Tide.

Former Patriots DL Adams Passes Away – The Patriots lost another one of their former players on Thursday, with defensive lineman Julius Adams passing away at the age of 67.

Adams was a 50th Anniversary Team selection who played in New England from 1971-1985 after being selected our of Texas Southern in the second-round (27th overall) back in 1971.

He played in 206 games during his time in New England, which is now good for third all-time behind Tom Brady and offensive tackle Bruce Armstrong (212).  He also has 79.5 career sacks, which is second in team history.

By: Ian Logue
Cincinnati Bengals quarterback Joe Burrow was recently asked who the best trash talker in the league was and a member of the New England Patriots…
3 hours ago

By: Russ Goldman
In this episode, Derek and Steve take a look at some of the major changes on the offense and defense for the Patriots.
24 hours ago