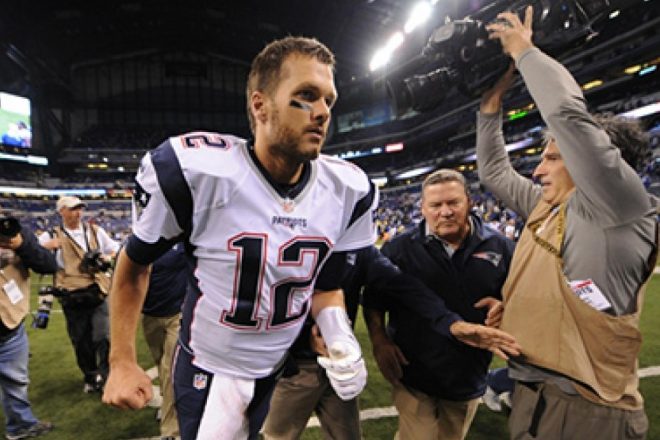 Over the past few seasons as social media has expanded across the internet, longtime NFL on CBS color analyst Phil Simms has gained notoriety for his mispronunciations of player names, accusations of biases towards certain teams, and even criticism for just stating really absurd things such as last weekend when proposed that the NFL needs to needs to “ban running backs and wide receivers from jumping.” The twitter account below was made just to track his on-air gaffes every year.

“Don’t just run play and let a play get a no gain.” — Captain Obvious in super late. #CoachPhil #SDvsDEN

“I’m going to answer a question before you ask it” Nantz: “Am I going to ask question?” “Well I don’t know.” — Classic. #SDvsDEN

So as the divisional round of the playoffs set to begin this upcoming weekend, I recently came across a detailed petition created by fans of the Denver Broncos, in an ironic effort last season to have Simms outright banned from game telecasts by way of 46,000 signatures, and it appeared to still be growing after its resurface on social media. When reading the comments, fans were seen saying, “He does not add anything to the games, he actual takes away from it. We have to mute most of the game! Rather than announce he gives his opinion on EVERYTHING, if you let him he probably would talk about coach Fox’s underwear color is wrong.” Another fan stated. “He lowers the quality of the broadcast to an unbearable point.” Or this gem, “Phil’s transparent dislike for the Broncos is completely out of control as far as I’m concerned. If anchors and analysts are removed from the booth for insensitive comments I don’t see why Phil isn’t removed for just not being very competent at his craft.” Ah yes, something Patriots fans can relate to, media bias complaints. How familiar. It was interesting to note how extensive a movement the petition was at first.

Many Broncos fans were not pleased with Simms “hate” towards their franchise. Some going as far as to say he held a personal vendetta because they released his son and former quarterback Chris Simms. As silly and nonsensical as the petition appeared to be, it reminded me of what has really occurred surrounding the New England Patriots of the past year and the Broncos current situation with the report by Al Jazeera stating Peyton Manning’s wife received shipments of Human Growth Hormones (HGH) back in 2011 when he was recovering from neck surgery.

"Peyton Manning did the smart thing and took the sack." An actual quote from Phil Simms just now.

Back in New England of late, both Simms and his broadcast partner Jim Nantz have come under actual scrutiny for their handling of Manning and his HGH accusations after Nantz claimed in a recent interview it was a “non story”. However, it is this “non story” that just might contradict those Broncos fans grievances that Simms and CBS is biased “against the Broncos,” but it does help shed even more light onto an NFL that has been marred by sourcing controversies and rumored biases in both the leagues internal and external media outlets dating back to Deflategate. Who could forget the Jets fan that runs the NFL twitter account and this beauty of a tweet?

Many in New England will continue to argue that the media treated Tom Brady unfairly for something he was “generally aware” of and “more probable than not” might have done something with air pressure as Manning appears to have a free pass with sympathy during his HGH scandal by the national media so far. Mainly because the outlet that conducted the report, Qatar based Al Jazeera, has been deemed unreliable my most mainstream American media.

ESPN’s own Mike Ditka said during Sunday NFL Countdown “Al Jazeera is not a credible news organization. They’re out there spreading garbage. That’s what they do, yet we give them credibility by talking about it.” Those are some pretty bold statements, and you would think ESPN as the “Worldwide Leader In Sports” should be at least obligated as a news source to look into the evidence that was provided. They did after all cover a story that also had little actual evidence.

Checkout this brief snippet of ESPN’s Deflategate coverage versus the HGH allegations.

Also noted below is when Nantz joined Mike Francesa’s Football Sunday program and was asked about the story not being covered during the broadcast. This is the full “non story” quote.

This quote from Jim Nantz to Mike Francesa Sunday about not discussing the Peyton Manning/HGH story is astonishing. pic.twitter.com/pYlK6TVmmQ

So the story (or lack thereof) one remains a puzzling question among those who backed and defended Tom Brady for those eight long months as Deflategate nears its one year anniversary. In both instances, the two quarterbacks have strongly maintained their innocence, but only one has dealt with the hard hitting questions, in depth media coverage and even court hearings/suspensions. Now there is no strong evidence that proves Phil Simms or Jim Nantz have ever been biased calling football games but to see other fanbase’s argue  outside of New England of biased coverage certainly is ironic and hypocritical after many called New Englander’s paranoid for their “unfair” media treatment over the past year. Consider this quote by the same Phil Simms about Deflategate earlier this year.

Phil Simms thought Peyton/HGH was a non-story, but his comments on DeflateGate ring true. https://t.co/s5tgnaSeu3 pic.twitter.com/7ZkAy9vmPl

Now, It would be strongly unlikely Simms is banned or even considered for suspension by CBS at any point in the near future, as they are the broadcast rights holders for Super Bowl 50 in Santa Clara CA. But that isn’t the story, the question that remains is if the Broncos make the Super Bowl, will it be openly discussed throughout the game like Al Michaels and Chris Collinsworth did last season? Maybe they should have a bet how many times they bring up HGH like Michaels did over the air with Deflategate THIS season? Judging by Nantz’ comments, not a word will be said. If the media and the NFL is going to spend eight months talking about air pressure, the least they could do is show some investigative work with the human growth hormones report. That is after all, protecting the integrity of the game.

In the meantime, those Broncos fans are going to have to endure another “biased” game when their first divisional game is played this weekend.

However, the petition organizers might want to check out these tweets before they ever decide to submit it.