6 years ago at 7:38 am ET
Follow @IanLogue
Posted Under: Patriots Commentary 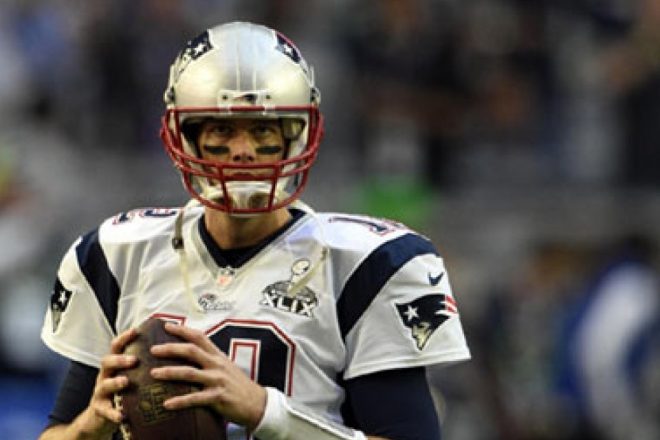 Looking back at everything the Patriots have had to overcome this season, it’s impressive that they’re still sitting with the number two seed and in position to make a postseason run.

Much of that success can obviously be attributed to Tom Brady,  who despite a battered and depleted offensive line and receiving core still somehow managed to lead this team to 12 wins.

Taking a closer look at his numbers for 2015, Julian Edelman’s role in the offense is usually as Brady’s go to guy in critical situations, particularly on third down.  But upon further review, Brady actually was able to match last year’s totals by nearly identical totals.

On third down, here’s a quick look at how Brady fared both this season, and during the Patriots championship run last year:

Brady had the same amount of attempts and touchdowns over the last two seasons in that situation, and actually threw one fewer interception.

Here’s a look at how Brady fared in the red zone on third down this season:

Brady matched the same number of touchdowns, but threw two red zone interceptions, which came largely because of how much tighter the coverage was with Edelman out of the line-up.  One of the turnovers occurred when Danny Amendola was double-covered, which might not have occurred had Edelman been on the field.

Considering how well Brady was able to compensate for his absence, it will be interesting to see how much better they play once Edelman returns.  Expectations are already high as he continues getting ready for his first game back in two weeks, and they’re going to need all the help they can get as they try and hit the reset button and play at the level that won them a title last year.

Either way, Brady’s performance this season can’t be overlooked.  He matched last year’s totals with less to work with, but then again, he’s obviously no stranger to that scenario given what he’s done in past seasons.  Hopefully with Edelman back and Gronkowski healthy, they’ll be able to put another championship run together.

By: Ian Logue
Some fun facts from this match-up, courtesy of the club's game release for this game.
3 days ago

By: Mark Morse
The bottom line is the Patriots will have to play their “A” game on defense as they did against Tom Brady and Tampa Bay.
4 days ago

By: Robert Alvarez
Kyle Van Noy releases a new episode of "Elite Eatz" over his YouTube channel featuring Matthew Judon at a BBQ spot in Boston.
4 days ago

Patriots-Cowboys Week 6 Key Matchups, Who Has the Razor’s Edge?

By: Steve Balestrieri
The last time the teams met, the Patriots varied up their looks and did a good job on Elliot and Pollard, they’ll need an even…
4 days ago