7 years ago at 5:30 am ET
Follow @IanLogue
Posted Under: Patriots Commentary 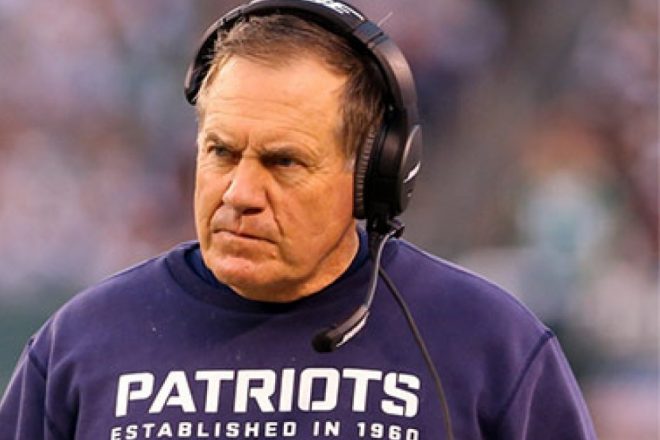 Watching what transpired at the start of overtime might have looked a little confusing for those of us who observed the interaction at midfield with Patriots captain Matthew Slater and the officials, but according to head coach Bill Belichick, they had it under control.

After electing to defer to begin overtime, there seemed to be some uncertainty after Slater seemed confused about not being able to choose what direction they were kicking to, which the officials gave that choice to the Jets.

When asked after the game if there was any confusion on the call, Belichick scoffed at the notion after having been questioned about the topic earlier in his press conference.

“There wasn’t any confusion,” said Belichick after previously having been asked earlier about why they opted to kick.  “I just answered that same question.  There was no confusion.”

Slater confirmed that after the game, telling reporters that he repeated what Belichick requested to be absolutely sure before he went out there.

“Before we went out for the toss Coach told us if we won the toss that we wanted to kick off,” explained Slater. “Obviously as a player, you ask three or four times just to double check because you want to make sure you got it right. So we (went) out there (and) we won the toss. We chose to kick off just like Coach instructed us to.”

As for any confusion, Slater said the only thing he questioned the officials about was the fact he thought they also had a choice of which direction they would get to kick the ball, which the officials told him wasn’t the case.

This was the coin toss from the Patriots – Jets game. #NEvsNYJ https://t.co/afAXS15sY9

Slater also said that he had no issue with the decision, saying that he has full trust in his coach.

“No,” said Slater when asked if he questioned the decision to kick off.  “I just asked him three or four times just to make sure I’m not the guy that goes up there (and decides), ‘Yeah, we want to kick off’. So I double checked three or four times. I think he was looking at me like, ‘Are you concussed?’ because I kept asking him.  But that’s what he wanted to do.”

“You never question Coach’s decision making. He’s the best in the business and we trust him fully. So that’s what we did.”