7 years ago at 6:50 pm ET
Follow @IanLogue
Posted Under: Uncategorized 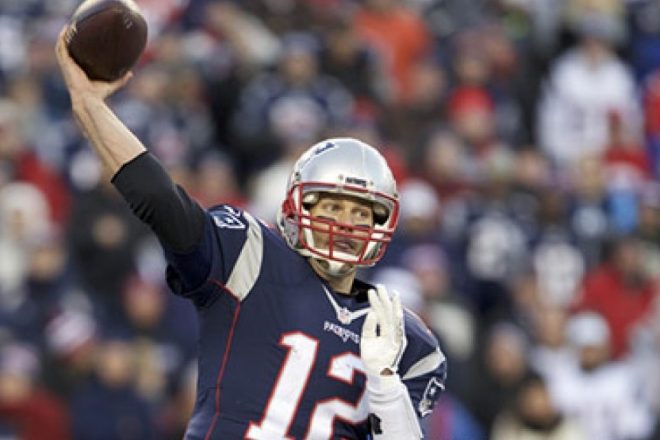 On the fact they were playing without a lot of guys and if he feels they had enough to win:

Yeah, I think we knew it was going to be a fourth quarter game, so I thought we did a good job battling to the end. You know, we just didn’t make enough plays or score enough points.  But I wish we’d have won it.  That’s a good football team and they’ve got a lot of good players and they played pretty well so we certainly had our chances but just didn’t come away with it.

On if he agreed with the decision to go ahead and kick it and try and play some field position in overtime:

You know, whatever coach decides, that’s what the team does.  We as players, we’ve just got to play better.  I don’t think that there’s… It wasn’t like we were tracking it tracking it up and down the field, you know.  It’s not like it’s certainly an easy decision and I think we all have confidence that whatever coach decides, you know, we’ve got to go out there and do our job and do the best we can because he’s trying to do whatever he thinks to help us win.  That’s what we’re all trying to do.  They just made some nice plays there in the overtime drive.  So you know, that ended up just being the difference.

On if he’s aware of the call when the team goes out there, or if he’s just as surprised as everyone else

I’m not sure how it happened today.  Sometimes I go out there, sometimes I don’t, so…

On how much of a disruption it is to keep having his left tackles and other players go down:

It’s tough. You know we’ve had so many guys that have stepped in and try to do a great job.  We’ve just had some bad luck.  Truthfully I think that’s just…the game always ebbs and flows and, you know, missing some guys, but like I said, I don’t think we’ve ever used those as excuses and we had opportunities to win this game and hopefully we can get healthy and we just gotta win one game next week.  I’m glad we fought to the end.  That’s a good football team and we could see them again. We’ve just got to do a better job if we do.

On what happened on the Revis interception:

That’s just one we’ve got to watch as a team.  I mean, you hate to have them happen.  I’m certainly not throwing it to him that would be my least favorite option on the play but it just so happened that’s what…it didn’t turn out the way we’d wanted.

On if it makes it more bitter, the result, after showing a lot of resolve:

I think we have some mental toughness and, like I said, a lot of guys been in and out of the line-up, a lot of guys coming in off the street trying to play and help us win and it’s never easy and this time of the year, a lot of guys are fighting through bumps and bruises and if we just get our guys, you know, everyone one out there and practice together and see what we’re made of, you know, I think that will be a great thing. But in the meantime you’ve just gotta keep individually trying to get there on the practice field and the games, see what you can do better, because, you know, you never know who’s number is going to be called, you know, in the playoffs.  So we’ve all got to keep working hard, see what we can accomplish, this week in practice.  Ultimately, we’ve got to go win next week, that’s a huge game for us and then you’ve got time to try to improve and then be at your best two weeks into the playoffs

On if it could simply improve with getting everyone back:

We’ll see.  I think that all remains to be seen.  It depends on, you know, how hard we work, how well we execute. I think the better players you have out on the field, you know, certainly those guys have been some of our most dependable players for as long as they’ve been here, that always helps.  No, but I wouldn’t put it all on their shoulders. I think that all the guys who played today have to, obviously, do a better job because , you know, what we did today wasn’t good enough.

On if the first half and if it was hard not to get frustrated:

Yeah, I think we only had three drives in the first half and we scored on one, we missed two, you know, missed the third-and-one and then we had one other play in a drive that didn’t go well.  So we didn’t have a lot of plays out there.  We played a little bit better in the second half.  We got a big turnover that resulted in a touchdown that Jamie [Collins] ran in that really kind of gave us a big boost right there.  So we fought, we just didn’t make enough plays.

On the fact Matthew Slater said it’s getting hard emotionally to keep seeing guys go down:

I know, and we’ve had six or seven weeks where critical players have gone out for extended periods of time.  I don’t think anyone’s feeling sorry for us, I would say that.  So we’ve just got to keep, you know, the guys who can do something about it and make a difference that are on the field have to go out and try to play well and win for this team, win for the guys that aren’t out there playing with us.  Every week presents different challenges and going to Miami is going to be a great opportunity for us.  It was a great opportunity being down seven in the fourth quarter to see what we’re made of.  We did a good job of going down there and tying it up.  Almost made a great interception on the one that Rob [Ninkovich] batted up in the air, I mean, that could have been the game right there.  So, we’re close, we just didn’t make the plays in the end.

READ NEXT:
Brady on Being Short-Handed: ‘We had opportunities to win this game’
Posted Under: Uncategorized
Tags: 2015 Patriots Season New York Jets Postgame transcript Tom Brady