7 years ago at 9:59 am ET
Follow @IanLogue
Posted Under: Patriots Commentary 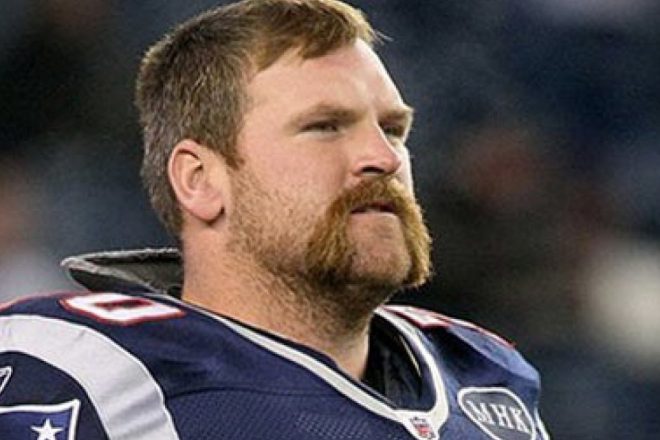 Patriots guard Logan Mankins was a well-respected teammate here in New England and a guy who was one of the toughest players lining up in front of Tom Brady, often setting the tone in the running game and in pass protection for the veteran quarterback.

His departure after being traded at the start of last season to the Tampa Bay Buccaneers ended his tenure for the former 2005 first round pick and it sounds like his career could be coming to a close sooner rather than later.

The 34-year old veteran lineman said this week that after 11 seasons in the NFL, he’s starting to ponder the end of his career.

“Yeah, I think about.  I’m not going to get into it,” Mankins said.

Mankins was named as an alternate to this year’s Pro Bowl and finished with another solid season, helping anchor a line that did a pretty good job during rookie quarterback Jamis Winston’s first season in Tampa Bay.

For now it sounds like the thought of life after football is on his mind and part of that may have to do with his current family situation.  After the trade, several reports have pointed out that Mankins is down in Florida alone during the season, away from his wife and children.  So it’s not unreasonable to believe that could be weighing on him.

“There’s pros and cons to everything.  Sometimes I think I want to.  Sometimes I know I want to,” said Mankins.  “It just comes down to after the season you see and evaluate where you are in your life.  You’re always looking at where you are with your family, where you’re living, what you want to do, if you have other plans.”

He’ll be entering the final year of his contract in 2016, which still has $7-million due.  Should the Buccaneers balk at that number this offseason, it would be interesting to see if he’d come back to New England at a lower number as the Patriots will likely spend sometime trying to rebuild their depth this coming offseason.  He returned home to North Attleboro after last season to his wife and four children, as they remained in New England.

Mankins admitted after his first season that it was a tough transition, but his trade materialized after New England discussed trying to renegotiate his contract before the start of last season and the two sides couldn’t reach a number that worked.

“I was open to the idea,” he told ESPN earlier this year. “It was a just a matter of how much. We couldn’t agree on that.

But the veteran didn’t say much beyond that, opting not to blast the team that gave him his start.  He was a terrific player for the Patriots, and within a few years became one of the top player’s in the league at his position.  He said all the right things, and admitted that there were times he had things to say but kept them to himself.

“When you play there you aren’t allowed to say exactly what you feel,” Mankins told ESPN. “When I was there, there were plenty of times when I wanted to say stuff and I never did.

“Even as I talk to you now, I’m probably not saying all that I feel. It’s just the way I am, I guess. I’m not going to say something I shouldn’t. In that way, I was probably the perfect guy to play in New England.”

The two sides had their moments, the last of which came during what was arguably the most contentious and public disputes during his most recent contract extension.  It played out in the media on multiple occasions as his agent spoke out against the team as both battled throughout the negotiations.  Ultimately it worked out because Mankins eventually signed an extension, signing a six-year, $51 million deal in 2011 that went through 2016.  Unfortunately after reaching one Super Bowl that season and coming up short, he didn’t get to experience being a champion and ironically was shipped off at the start of a year where he was forced to watch his old team finally finish on top.

Mankins returning to New England in 2016?  It would be a great story.  But for now the Patriots march on as they get set to play the Jets this Sunday looking to lock up a number one seed, while Mankins continues his tenure in Florida pondering whether or not he’ll be playing football at all next season.

READ NEXT:
Pregame Thoughts: Patriots Look to Lock Up One Seed Against Rival Jets
Posted Under: Patriots Commentary