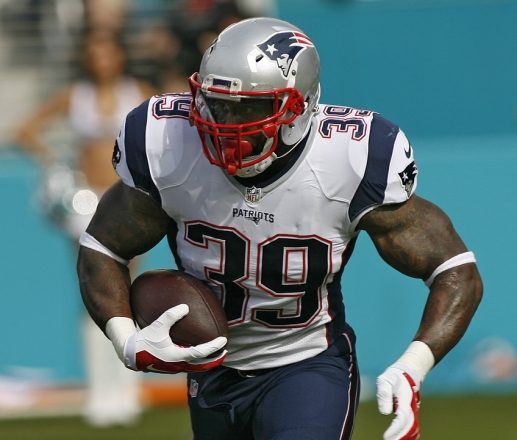 In the end, Steven Jackson will end up signing with the Patriots. Last week the 32-year old running back visited with team and it was reported that no signing was imminent. But Ian Rapopport of NFL Network has reported that the Patriots are signing Jackson to a one-year deal for the remainder of the season.

Jackson, bruising 6’3, 229 pounder has been a favorite of Bill Belichick since he entered the league in 2004. Belichick prior to a 2012 game against the Rams spoke about Jackson and the time he spent with him prior to the draft.

“Obviously a big, strong kid that runs well, that catches the ball very well. Very good in the passing game — he’s a little underrated in that area. Good in blitz pickup. A smart guy. Has really had an outstanding career. He was definitely a guy we were very much interested in.”

Now Belichick’s interest has turned to reality but the question has to be asked? What does he have left in the tank and what can he bring to the table for the Patriots. If the answer to the first question is anything close to his normal level of play, then he can be a big factor, figuratively and literally for the Pats.

Jackson has always been an outstanding runner; as his 11,388 career yards will attest. But the Patriots aren’t going to be expecting him to log 25 carries a game for the entire season. He’s coming into Week 16 and the Patriots remain, at heart a passing first team.

One of the issues they’ve had is running the football when the opponent expects it. Jackson would be asked for about 15 touches a game for the remaining two regular season games and at most three playoff games with a bye week thrown smack in the middle.

With a serviceable Jackson in the lineup, the Patriots can platoon him with the 245-pound Joey Iosefa inside with James White remaining free for obvious passing situations out of the backfield. That will free up Brandon Bolden to return to his ST’s duties and give the Patriots a lot more depth at RB than they had just a few days ago.

Jackson is a stout blocker in the passing game and at 6’3 is one of the bigger targets Brady will have seen out of the backfield on early downs. This move is a win-win for the Patriots. They’re expending just the veteran minimum for Jackson who gets one last shot at a ring with a contender. It is a story that could have a fairy tale ending…. if Jackson still can bring it.

A heathy, viable Jackson would leave Montee Ball on the practice squad and in short yardage, the site of Iosefa opening holes for the 229-lb Jackson should fill Patriots fans with confidence.

Jackson posted a picture of himself doing pull-ups on his Twitter account with the title “I’m Back”… The Patriots certainly hope so. Things just got a tad more intriguing here on Monday afternoon. 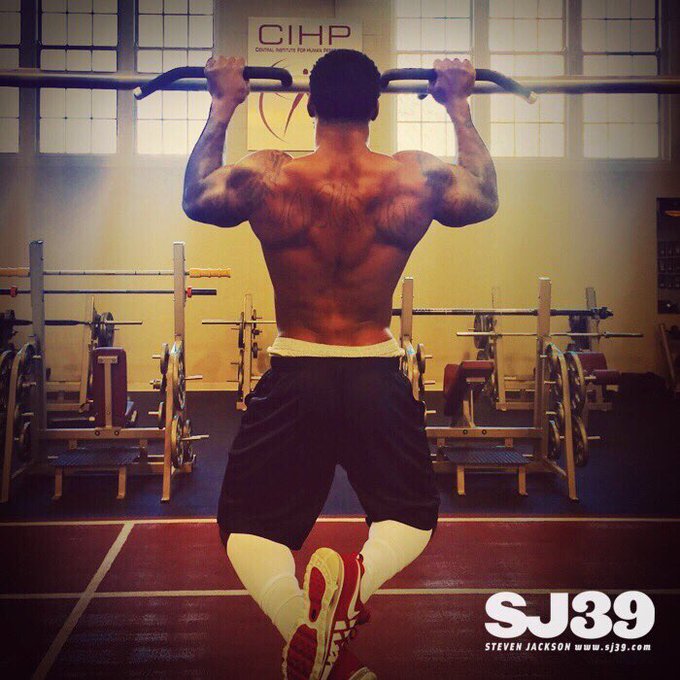 All eyes will be focused on Jackson as he practices with the team this week and moving forward to see how much action he gets this week against the Jets.