6 years ago at 3:23 pm ET
Follow @IanLogue
Posted Under: Uncategorized 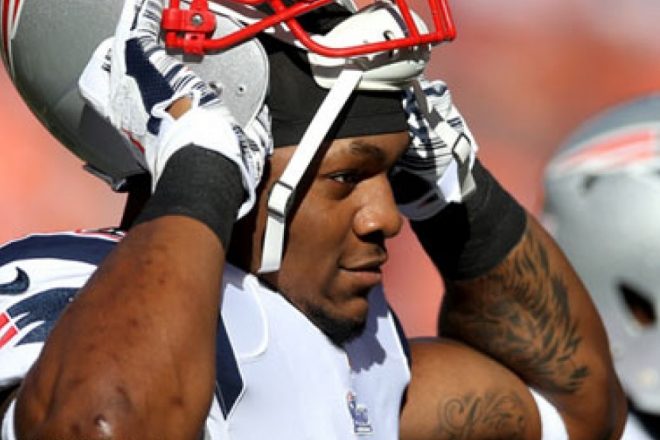 The Patriots head into Sunday night’s game against the Texans with a lot at stake, with New England looking to avoid a three game skid while trying to keep pace to secure a top seed in the AFC.

Coming off of Sunday’s disappointing loss to the Eagles, the Patriots had some bright spots on both sides of the football, most notably on defense where when they were on the field, they actually played pretty well last weekend.

New England’s three game-turning plays last weekend (a blocked punt for a touchdown, a punt return for a touchdown, and an interception return for a touchdown) were back-breaking, with Philadelphia scoring 21 of their 35 points off of miscues that obviously cost the Patriots the game. Overall the Eagles put up just 14 points offensively off of 10 possessions, excluding the kneeldown at the end of the game. Of those ten they had just three that went for over six plays and only two that netted over 22 yards. To go a step further, they only had two where they had more than two first downs, punting seven times as well as possession at the end of the game that ended on the fumble forced by Jamie Collins.

That’s about as much as anyone could have asked of the Patriots’ defense, who aside from the 12 play drive they gave up following Brady’s deep interception attempt to Brandon LaFell, shut down an Eagles offense that saw Sam Bradford pass for just 120 yards and through most of the game did a decent job keeping Darren Sproles in check.

Some will make the argument that the turnovers took away potential offensive opportunities for the Eagles and that’s the reason for the skewed numbers, but the Patriots only had four more offensive possessions (excluding kneeldowns) than Philadelphia. New England simply gave the game away and squandered an opportunity to continue to keep a strong grip on the AFC’s top seed.

Now they’ll face another important game where on paper, it should be a relatively winnable contest but it still won’t be easy. The Texans offense is a unit that has settled in and despite their loss to Buffalo Sunday, Brian Hoyer actually had a good outing. He completed 26-of-43 for 293 yards and three touchdowns, with just one interception. 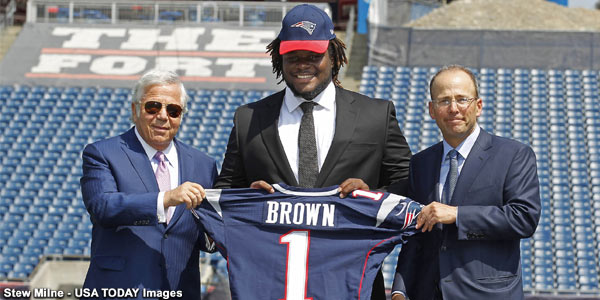 Malcolm Brown has been one of the bright spots in a defense that has played well in 2015.

They’re a good team, but the biggest thing New England is going to need to do this week is not beat themselves, because if they get behind, Houston has a defense capable of making things difficult.

“They take advantage of your mistakes,” said Belichick this week. “They definitely create scheme problems that make it hard for you to defend them. I think [Texans Coach Bill Obrien]’s done a great job with that. They went on a good winning streak here recently and they’ve been playing really good team football, complementary football.”

“I have a lot respect of course for those guys on the defensive side of the ball – Romeo [Crennel], Mike [Vrabel] and so forth. I know they’re well coached. I know it’s going to be tough. We’re going to have to do a good job all the way across the board. I know that they’ll be well coached and well prepared, and I’ve seen that every week on film.”

Now it’s up to the Patriots to turn things around. The last time the Patriots lost three straight was back in 2002 when they actually lost four consecutive games, losing at San Diego 21-14, at Miami 26-13, home vs Green Bay 28-10, and at home coming off of a bye week against the Broncos 24-16. They went on to win six of their final nine game and finished 9-7, which was the last season that they haven’t won 10 or more games.

They’ve already reached the 10 point win total with four games left and certainly have enough talent to get where they’re looking to go. Their defense is good enough to get the job done and as Dont’a Hightower continues getting healthy and with the return of Jamie Collins, there’s plenty of reasons to like their chances.

This is still a team with Championship talent good enough to beat any opponent. Hopefully after last week’s debacle, they’re done beating themselves for the rest of this season.

By: Bob George
For those of you who never thought that 16 games was not enough, this year you get 17, the first time in 43 years that…
2 days ago

By: Ian Logue
Looking back at Sunday's game against the Dolphins, it's obvious that the Patriots coaching staff did the best they could to set Mac Jones up…
3 days ago

By: Steve Balestrieri
Jones played very poised, and aware. Jones' command of the offense was very impressive for someone who was playing in his first NFL game.
3 days ago

5 Thoughts on the Patriots Loss to The Dolphins

By: Ian Logue
Sunday's Patriots vs Dolphins loss was certainly frustrating and here are some thoughts coming off this one as the Patriots end up 0-1 to begin…
4 days ago

By: Mark Morse
Some observations from Sunday's Patriots vs Dolphins.
4 days ago