6 years ago at 6:35 am ET
Follow @SteveB7SFG
Posted Under: Patriots Commentary 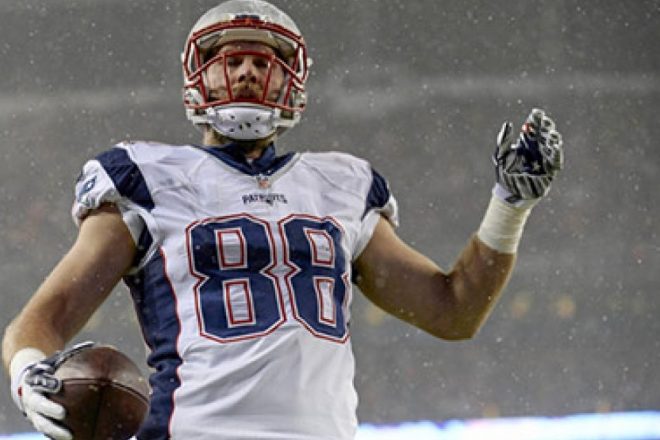 The Patriots (10-1) return home to Foxboro this weekend after their first loss of the season to take on the Philadelphia Eagles (4-7) at Gillette Stadium. Kickoff is scheduled for 4:25 p.m. The game will be televised by Fox Sports with Thom Brenneman, Charles Davis and Tony Siragusa on the call.

The Eagles are still very much in the mix for the NFC East crown despite their record and are basically playing a playoff game this week. The Patriots will be looking to get back on the winning track and there’s no better place than Foxboro where they’ve been very tough.

And with the game falling on December 6th, the Patriots have to have confidence going into this matchup. Since 2001 New England’s record in December is 52-8, far and away the best in the NFL and since realignment in 2002, the Pats own a stellar 45-10 record against NFC teams including a 3-0 record against the other teams from the NFC East this season.

So here are our “Three Keys to Victory” this week from a Patriots perspective. If they can produce well in these three areas, we feel they will come away with a victory on Sunday against the Eagles. We also took some plays from the NFL’s All-22 coache’s film to highlight where a few of these areas can be exploited.

Be Aggressive on Defense: The Eagles offensive line is banged up, and their protection for QB Mark Sanchez the previous two weeks has not been good. Sanchez was sacked six times for 40 yards on Thanksgiving and an additional three times the week before against the Bucs.

QB Sam Bradford is coming back from a left (non-throwing) shoulder injury and is expected to play. He doesn’t move around the pocket as well as Sanchez so there should be some opportunities for Chandler Jones, Rob Ninkovich and Jabaal Sheard to really put some pressure on him to force a turnover or two or get a sack. Last week Azekiel Anzah wreaked havoc on the Eagles banged-up OL; there’s no reason to believe the Patriots edge rushers can’t be successful here.

The Lions used a tactic that the Patriots like to use as well on Thanksgiving and that is a delayed blitz up the A-Gap. The Pats have used both Dont’a Hightower and Jamie Collins as well as Jerod Mayo in these delayed blitzes and last week Detroit sacked Sanchez when LB Stephen Tulloch shot up the A-gap untouched on a delay blitz that was very successful from a defensive standpoint. 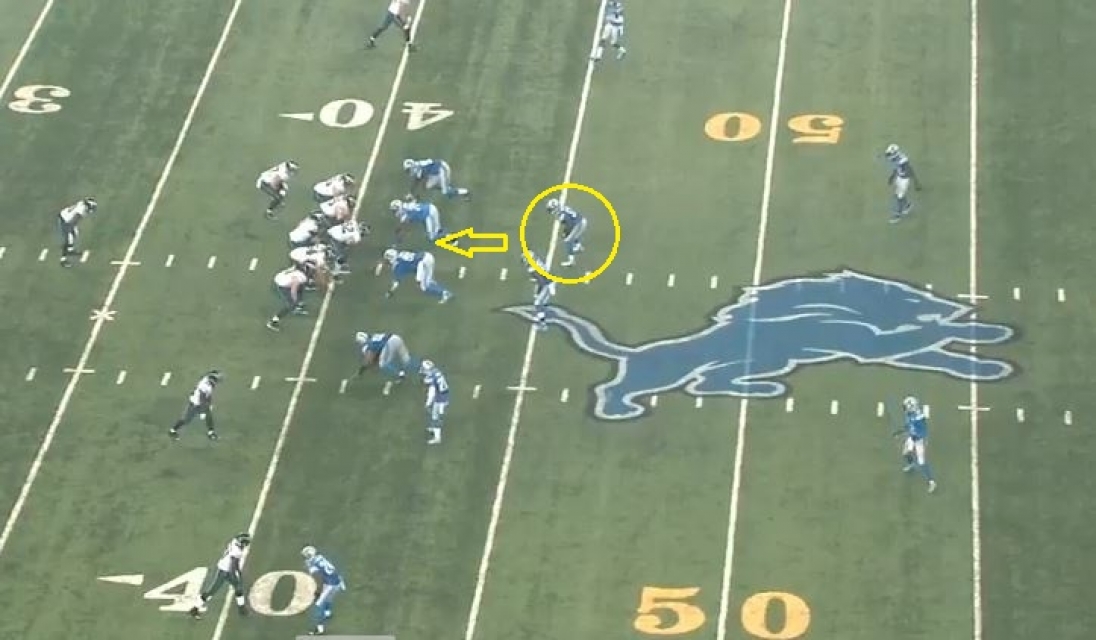 Tulloch lined up in his normal spot and waited for the offensive line to pickup pass rushers and then had a clear lane straight to Sanchez who didn’t have anywhere to throw the ball to and was sacked. 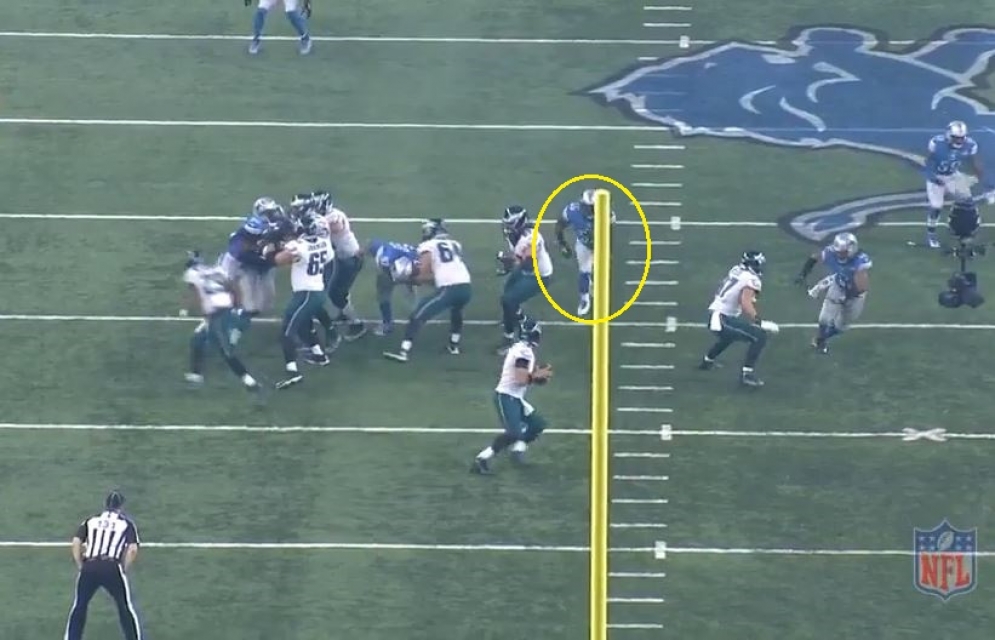 With the extremely high tempo of the Eagles offense it is imperative for the Patriots to get off the field on third downs as it will put added pressure on an already over-taxed Eagles defense. The Philly defenders have been on the field a lot this season and getting the offense quickly off the field will bear fruit for Tom Brady and the NE offense, especially later in the game.

Target the Linebackers with TE/RB: Looking back at the Thanksgiving game, the Lions utilized their running backs in the passing game very effectively with Theo Riddick, Joique Bell and Ameer Abdullah catching eight passes for 131 yards and a touchdown.  While Stafford was using his RBs and WR Calvin Johnson to great effect, he didn’t target his tight ends much but when he did, that too was very effective.

Brandon Pettigrew and Eric Ebron were only targeted five times but caught three of those passes for 49 yards including a nice short cross from Pettigrew that went for 21 yards. Pettigrew lined up in-line on the left side as if to stay in and block. 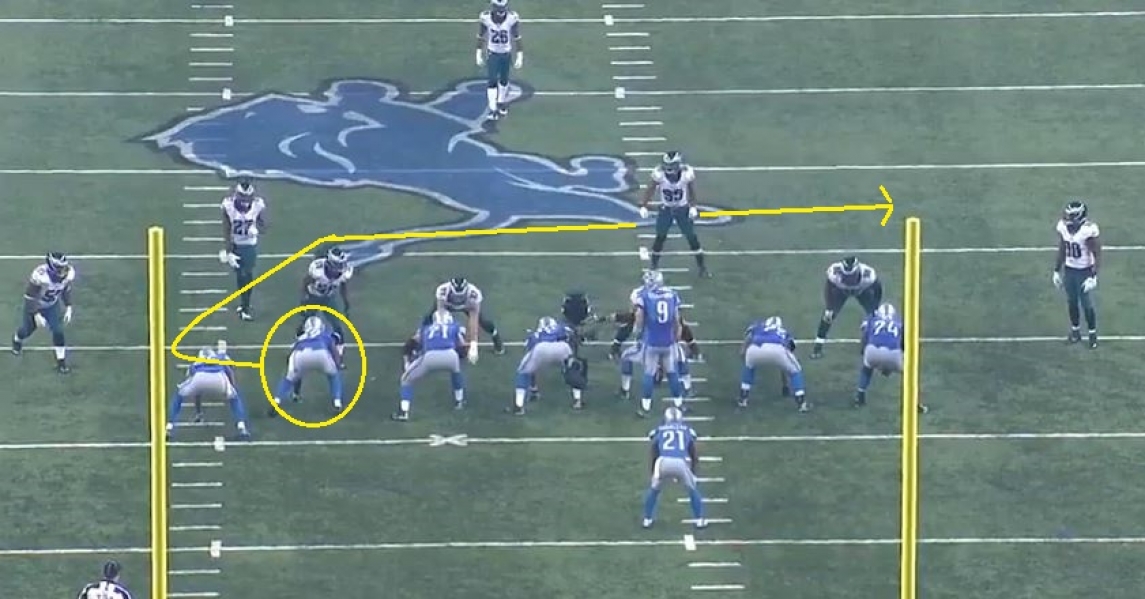 At the snap, he looped around the defensive end and crossed from left to right behind the linebackers and was wide open for an easy 21-yard pitch and catch. Without Rob Gronkowski this week, Scott Chandler can fulfill a similar role as well as attacking the seams of the defense down the numbers. 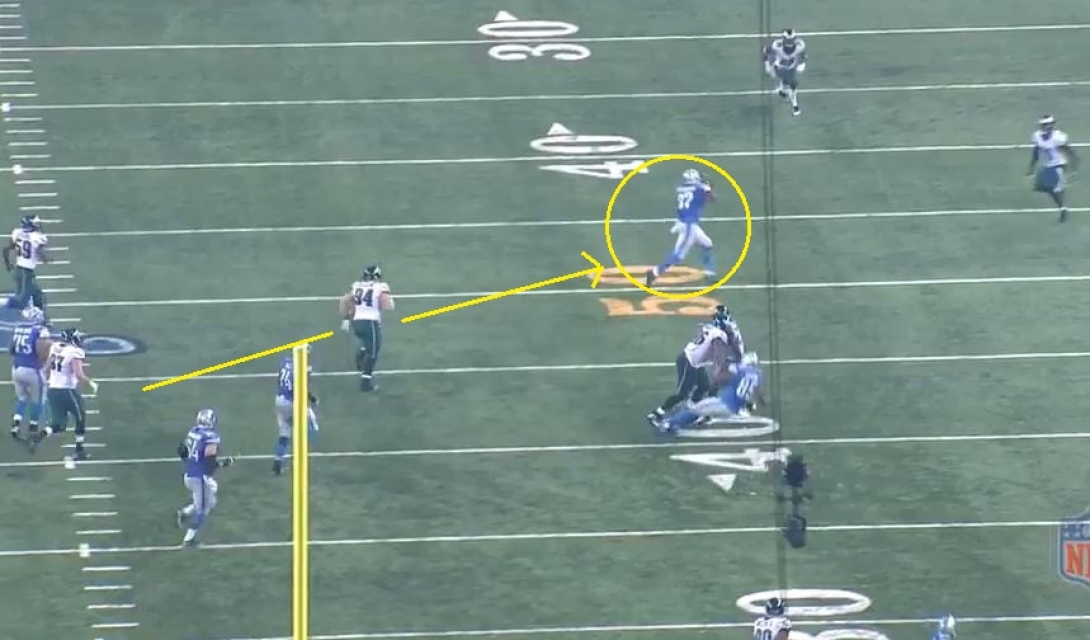 Win the Turnover Battle: With a banged up unit on offense, nothing could help them more than to get a couple of short fields for Brady and the offense to operate in. We saw examples of this….both good and bad last weekend in the Denver game.

The Patriots defense has been pretty good at generating some turnovers in the passing game. But the fact remains that they’ve missed on plenty of opportunities for many more. There have been a lot of missed or dropped interceptions this season as well as a couple of fumbles that have found their way back to an opponent’s offense. That should change.

This would be a great time to take advantage of a wounded Eagles team that is teetering on the verge of collapse by forcing a couple of key turnovers and putting them in an early hole. For a team fighting for its playoff life right now and beginning to doubt themselves it is imperative that the Patriots put them down early and not let them hang around late into this one where they could get their confidence boosted to believe that they could steal one on the road.

Some players are beginning to question their coach and even their teammates’ desire in the press. Getting a few turnovers is always a momentum changer. The confidence of this Philly team has to be low right now…Bill Belichick and Matt Patricia can put the players in position to generate a few turnovers and get them on their heels quickly this week.

If the Pats can produce here, then they should be in good shape to fly down to Houston to face the Texans next Sunday night with an 11-1 record. Stay tuned…