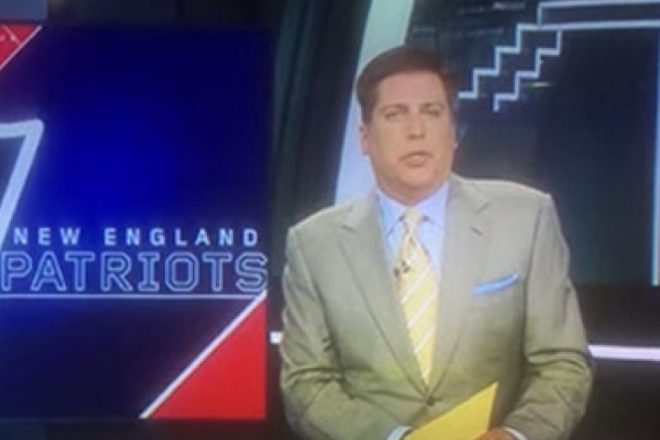 In a reversal of the way things are supposed to work per NFL by-laws, rather than teams having to beg and plead to be able to relocate, the league is now pitting one franchise against another, essentially auctioning off the rights to move to Los Angeles.

Owners set a Dec. 28 deadline for the three home markets hoping to retain their teams — San Diego, St. Louis and Oakland — to submit their final offers.

At the same time, some owners welcomed last week’s offer by Rams owner Stan Kroenke to share his proposed stadium in Inglewood with a second team.

The Chargers and Raiders are partnering on a rival plan in Carson.

After years of not particularly caring for one stadium plan or another, now the NFL is gung-ho on relocation and has set a December 28 deadline not on why a team should be approved to relocate, but instead on which one of the three wins the league’s lottery and gets to move to the nation’s second largest metropolitan area.

Coincidence or not, it was just last month that Disney CEO Robert Iger decided to throw his hat in the ring. On November 11 Iger was appointed by the Oakland Raiders and San Diego Chargers to oversee their joint effort to win NFL approval to move to LA and build a stadium for both teams in Carson. Prior to that announcement a plan to build a stadium in Inglewood for the St. Louis Rams – whose are now in a year-to-year lease agreement to play in the Edward Jones Dome appeared to be the front runner for NFL approval. In the short span of time since then Iger’s group has become the odds-on favorite, with the NFL seemingly fast-tracking imminent approval. Iger is not just a consultant: he will be a ‘primary stakeholder‘.

Disney is the parent company of ESPN. ESPN is the most viewed sports network, most visited sports website, and most listened to network of sports radio stations. They have also come under quite a bit of scrutiny this past year, primarily for the way they have reported on the league’s infamous Deflategate fiasco. Many – including unbiased reporters outside of the New England area – have openly questioned ESPN’s bias, if not flat out concluded that they were in bed with NFL league offices. From the initial report of the air pressure that proved to be blatantly untrue, to lack of reporting on the how those numbers were far off, to headlining one side of the story while barely mentioning others, to not mentioning Roger Goodell’s lies in their softball interviews – 18 perjuries and counting – to canning Bill Simmons after ripping Roger Goodell, to highly questionable edits of a column by a New England Patriots reporter, it has become clear that the World Wide Leader had become to the NFL what Pravda was to a cold war Soviet Union.

Considering all the lies that the NFL has been caught in and the highly partisan reporting on certain subjects, is it really out of the realm of possibility that there was a quid pro quo agreement that the CEO would be rewarded with membership to the exclusive club of NFL owners if his subsidiary handled reporting and opinion pieces in a manner that was favorable to agenda of the league offices?

Think of it this way: considering all the lies the NFL has fed the public in 2015, is it more probable or not that there was some sort of back room business deal between 345 Park Avenue and the CEO of ESPN’s parent company?