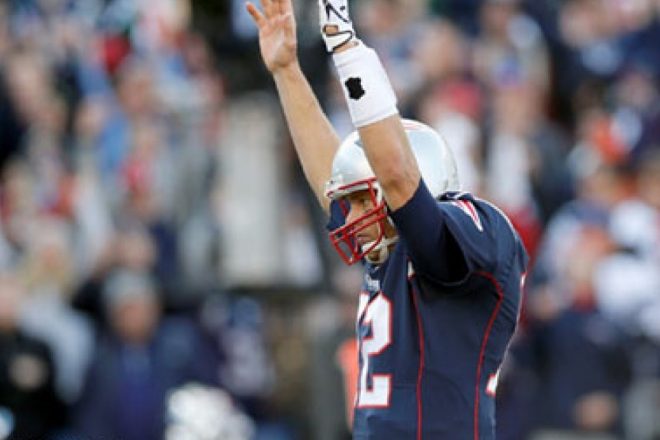 On Wednesday morning, “Men’s Fashion and Style News” magazine GQ released its annual “Man Of The Year” story written by veteran writer Chuck Klosterman. For 2015, they have chosen your three-time Super Bowl MVP, Thomas Edward Brady Jr. as this year’s winner of the award.

Klosterman begins with the underdog story of how Brady was drafted late, not given much of a chance, and his rise to stardom following the opportunities that came up. Yet, despite this article’s early intention of being meant to honor and celebrate Brady’s achievements, it quickly develops into a story about what has already been talked about for eight months with Deflategate and the latest questioning and “legitimacy” of his legacy.

Klosterman reminds us that he’s “interviewing Brady at a complicated point in his life” but states Brady’s camp has given him permission to talk about anything during their phone interview. So he started by asking Brady a variety of football related questions ranging from his time at Michigan, to the almost perfect season. None of these answers are published into the story because as Klosterman put it, “He (Brady) never brags and he’s never self-deprecating. He never offers any information that isn’t directly tied to the question that was posed. Everything receives a concise, non-controversial answer.”

So essentially, Klosterman just announced to the world Brady was being too boring and decided to “spice” up the story by dragging the more “interesting” Deflategate controversy into the interview.

It is at this point Klosterman really began pushing Brady for quotes, asking him such questions as these:

“Do you feel what has happened over these eight months has changed the way the Patriots are perceived?” to which Brady responded,  “I don’t really care how the Patriots are perceived, truthfully. I really don’t. I really don’t. Look, if you’re a fan of our team, you root for us, you believe in our team, and you believe in what we’re trying to accomplish. If you’re not a fan of us, you have a different opinion.”

But even that answer wasn’t satisfying enough for Klosterman, again trying to dig for quotes, this exchange occurs where one can sense Brady’s growing frustration with where the direction of the interview is heading.

But what you’re suggesting is that the reality of this is subjective. It’s not. Either you were “generally aware” of this or you weren’t.
I understand what you’re trying to get at. I think that my point is: I’m not adding any more to this debate. I’ve already said a lot about this—

Tom, you haven’t. I wouldn’t be asking these questions if you had. There’s still a lack of clarity on this.

Brady is right, all of the answers Klosterman is looking for are publicly available online to read anytime, he doesn’t need to repeat himself all over again, but yet Klosterman boldly asks again.

I realize it’s still ongoing. But what is your concern? That by answering this question it will somehow—I’ve already answered all those questions. I don’t want to keep revisiting what’s happened over the last eight months. Whether it’s you, whether it’s my parents, whether it’s anybody else. If that’s what you want to talk about, then it’s going to be a very short interview.

After those questions Brady became increasingly defensive with Klosterman. Remember, this story was meant to commemorate Brady as “Man of the Year”, but instead it became a page right out of the appeal hearings Brady had to endure this summer with Commissioner Roger Goodell. Maybe Klosterman can be the new arbitrator?

The rest of the questions that followed from Klosterman all shared the same “I’ve already answered these questions for many months” responses as Klosterman dug up everything from whether Brady was “generally aware” and even pushing accusations of whether or not his three previous Super Bowls were legitimate. Again, when do we get to the part as to why Brady is Man of the Year?

The interview concluded with Brady giving short, one word answers, and Klosterman ultimately giving up the fight and letting Tom hang up. 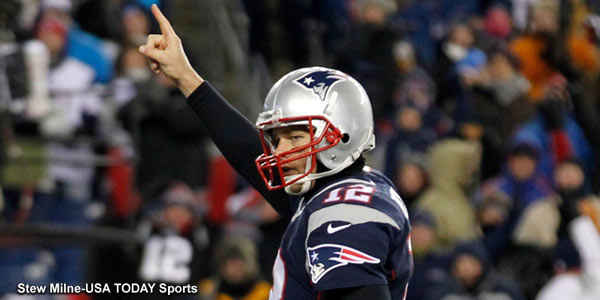 Brady stuck to his guns in an interview that in theory was supposed to commemorate him.

How could such a story that was meant to honor Brady, not once explain any of his positive on field accomplishments this season, or all the charity work he does off of it? The rest of Klosterman’s story goes into more Deflategate details that have already been exhausted and makes a desperate attempt to try and compare Brady and his Patriots to all the other “possible” sports “cheaters” of recent memory, citing accusations the Oakland Raiders and Boston Celtics faced in the 70s and 60s, and even George Brett’s pine tar incident. (Can you put that on a football?)

Klosterman’s story started with the simple message that Tom Brady is indeed the best quarterback of all time, but neglects to fully mention why he is throughout. The remainder of this story becomes one giant accusation in itself towards Brady, which again to the original point, he never explains why the magazine named him Man of the Year? Klosterman decided not to publish the full interview transcript, choosing only to include his Deflategate questions.

The best part of this story was seeing how great Brady handled the interview by not giving into this writer’s bait for entertainment purposes. He knows how unimportant these “issues” are and it’s fair to believe once he hung up the phone, his focus returned to where it matter’s most, Rex Ryan’s Buffalo Bills. To be able to keep it cool around such a mess of an interview, in arguably the most exhausting year of his life, is truly a testament to why Brady really is a Man of the Year.