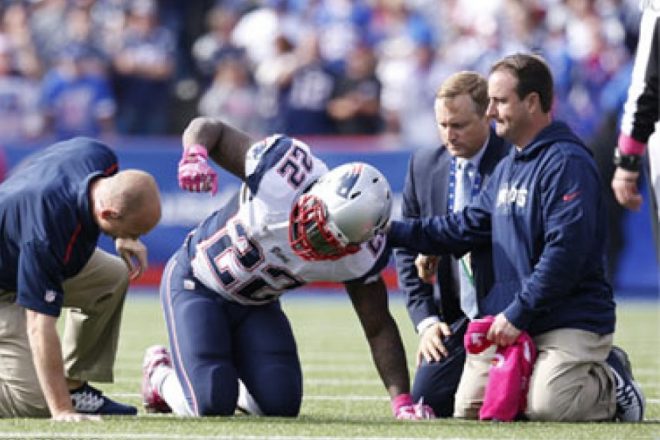 Former Patriots running back Stevan Ridley finally participated in practice with the Jets on Wednesday, which comes one season removed from when he suffered a season-ending knee injury in week six during his final year in New England.

Following an offseason full of rehabilitation and his departure from the Patriots, Ridley was finally a full participant with the Jets in practice on Wednesday and according to Jets head coach Todd Bowles, there’s a chance he could be active but that’s as far as he would go.

“They ran around,” Bowles said laughing when asked if he was encouraged to see Ridley and Dee Milliner, who also finally participated, back on the field and practicing. “It will be a tough call. We’ll see what kind of shape he’s in, we’ll see what we need if we need him and we’ll go from there. It will be a day by day thing.”

When asked directly if there was a chance Ridley might be active, Bowles didn’t rule it out.

In his final year in New England, Ridley had actually been starting to gain a little momentum after a slow start, amassing 340 yards on 94 carries along with two touchdowns. But a third quarter carry with four minutes to play in week 6 saw him tackled for a loss by Buffalo’s Stephon Gillmore, and Ridley’s knee buckled, ending his season.

That left him as nothing but a spectator during the remainder of New England’s championship run and after it came to an end, he became a free agent and ultimately landed in New York.

There’s a lot riding on his success there, as he was so confident in his future there he went ahead and tattooed the team name on his arm.

He’s back at work, and hopefully for his sake it works out. The challenge he’ll have is trying to take carries away from Chris Ivory, who is having a tremendous season. Ivory rushed for 166 and 146 yards respectively in his last two games and already has 460 yards and 4 touchdowns in the four games he’s played, and that includes the fact he sat out in Week 4 with a quadriceps injury.

Running backs coach, Marcel Shipp, also feels pretty strongly of Ivory, telling the New York Daily News, “I wouldn’t trade him for any running back in the league.”

He took it a step further.

“I’m sold on Chris Ivory,” Shipp said. “I’d go to war with Chris Ivory, any day of the week. That’s how I honestly feel.”

So even though he’s finally ready to play, it looks like Ridley’s got his work cut out for him.