7 years ago at 1:10 pm ET
Follow @AllThingsPats
Posted Under: Uncategorized 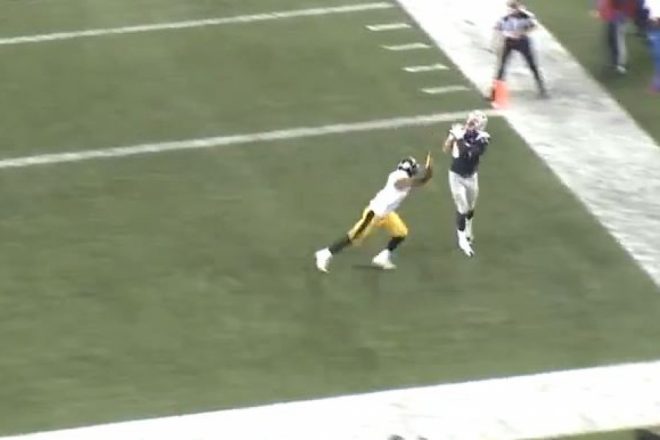 Despite an abundance of injuries, NFL week five’s Monday night football game should be a good one. Although the two clubs are just 2-2, the San Diego Chargers and Pittsburgh Steelers both have legitimate playoff aspirations for this 2015 season. Pittsburgh is coming off a 23-20 home overtime loss to the Ravens a week ago Thursday, while the Chargers eked out a 30-27 home victory over the Browns last Sunday. Both teams are currently 2-2 and are seeking to keep within two games of undefeated leaders in their respective divisions (the 5-0 Denver Broncos and Cincinnati Bengals). Game kicks off at 8:30 pm eastern time and is broadcast on ESPN.

San Diego entered the week with the NFL’s number one offense (since surpassed by the Patriots), averaging 421 yards per game. Quarterback Philip Rivers has single handily carried the Charger offense, completing 71% of his throws and averaging 312 passing yards per game. San Diego will be without three starters on offense: LT King Dunlap (concussion), LG Orlando Franklin (ankle) and WR Stevie Johnson (hamstring), and has five other starting or key offensive players injured (C Chris Watt, RG D.J. Fluker, OL Chris Hairston, WR Jacoby Jones, WR Malcom Floyd). The Chargers do get TE Antonio Gates back after serving a four-game suspension for a banned substance, but the biggest obstacle for San Diego will be giving Rivers a clean pocket behind a banged-up makeshift offensive line.

The Pittsburgh secondary has improved since the debacle against the Patriots in week one, but it is still a work in progress. That group has been helped out by an effective pass rush; the Steeler front seven versus San Diego’s o-line will be the key to the game. If Rivers has enough time he is capable of torching the Pittsburgh defensive backfield with throws to Gates, WR Keenan Allen (33 receptions for 387 yards and 3 TD) and old friend Danny Woodhead (16 catches for 203 yards; 347 yards from scrimmage and 7.1 yards per touch).

The Steelers will have had 11 days to get Michael Vick acclimated to the offense, so he should be more productive than he was a week ago. With Antonio Bryant (an NFL-best 119.5 yards receiving per game) on the field, San Diego cannot focus on stopping RB Le’Veon Bell. Bell is averaging 4.7 yards per carry and 95.5 yards rushing per game, and should feast on a San Diego defense that is allowing 4.9 Yards per carry (third worst in the NFL).

Both the Steelers and Ravens have had a tendency to let down and underachieve in games after they play each other; we saw a glimpse of that Sunday when Baltimore was defeated at home by the Cleveland Browns. Add in OC Todd Haley‘s often perplexing and overly conservative play calling, and Pittsburgh is far from a lock to win this game – despite San Diego’s woes on defense (they have allowed at least 24 points in every game thus far) and their MASH-unit of an offensive line. The Steelers are 2-7 west of the Rockies in the Mike Tomlin era; the last time Pittsburgh won a game in the pacific time zone was ten years ago. To get an idea of how long ago that was, Ben Roethlisberger was in his second year in the NFL.

Prediction: I don’t feel strongly either way in this game; it’s easy to find reasons why either team should win (or lose). I’ll go with the Chargers to win, but Pittsburgh keeping it close enough to cover before a Tomlin brain cramp gives the game away.