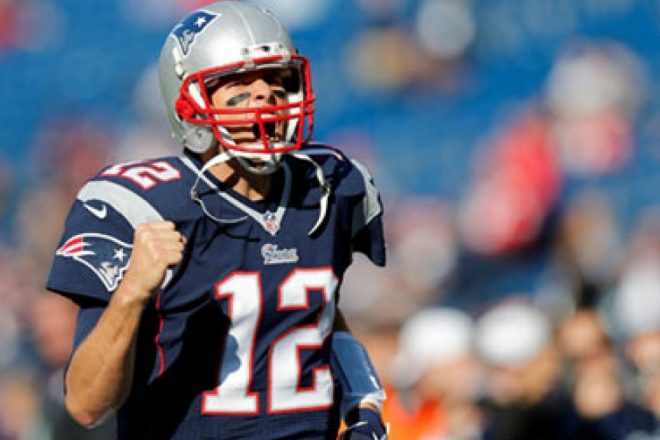 After getting through a week without football, the Patriots are finally back in action this week with a trip to Dallas on tap as they get set to resume their season.

Sunday night saw the Cowboys battle the Saints out in New Orleans and it ended in a disaster for Dallas, who lost on an 80-yard touchdown pass on the second play in overtime from Drew Brees to CJ Spiller.  It’s a tough loss for the Cowboys, who have now dropped two in a row with New England set to arrive this weekend.

Patriots quarterback Tom Brady spent his evening Sunday night with his feet up wearing his Uggs watching the contest, with the veteran posting this on Facebook as he took in the game:

Drew Brees’ game-winning touchdown throw was his 400th career touchdown pass, which now has Brees in the same category as Brady after the Patriots signal-caller accomplished the same feat during their 51-17 win over the Jaguars.  Brady currently has 401 career touchdown passes, so expect these two to continue battling it out over the course of the rest of this season.

For Dallas, Brandon Weeden has done a serviceable job in relief of the injured Tony Romo, with Weeden finishing Sunday’s game 16-of-26 for 246 yards along with a touchdown, which came in the waning moments after Dallas trailed 20-13 late in the fourth quarter.

On Sunday Belichick had talked about Weeden and felt he had done a respectable job while Romo continues recovering from a fractured collarbone, but he knows they’ll have a difficult challenge ahead.

“I thought he did a good job for them last week,” Belichick told the media on Sunday.  “It obviously didn’t quite work out there but they moved the ball, they scored a lot of points. He did a good job of getting the ball to his outlet receivers, used the backs well. They had a lot of production.”

“It’s going to be a big challenge for us. They’re very good in the kicking game, tough team defensively, and a lot of explosive players on the offensive side of the ball. It will be tough.”

HOOMANAWANUI HAD THE RUG PULLED OUT FROM UNDERNEATH HIM: 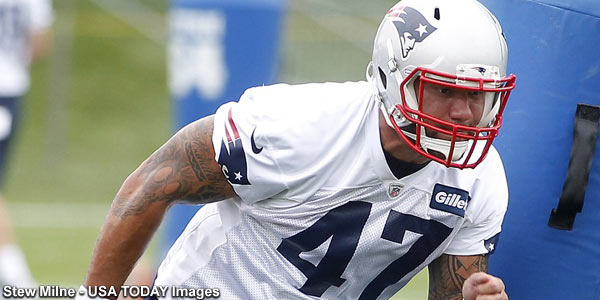 During his time here tight end Michael Hoomanawanui didn’t have an opportunity to see much of the area when it came to heading north of Massachusetts, and it seems he had been hoping to do that over the bye.  According to ESPN Boston’s Mike Reiss, the veteran had planned on a trip to Portsmouth, New Hampshire, with his wife, Cari.  Instead, less than two hours later, the only trip he was taking involved him having his life turned upside down after learning he had been traded.

Hoomanawanui was inactive for the Saints during Sunday’s night’s game.

We forget that these players are also real people with families and having been here for a few years, Hoomanawanui had obviously established himself here.  This actually brought back memories of the Richard Seymour trade back in 2009 where Bill Belichick turned the veteran’s life upside down when he sent him to Oakland in a trade, and Seymour didn’t immediately respond to the Raiders, who initially sent him a 5-day letter.

The reason?  Having been “blindsided” by the event, he was focusing on trying to get his personal life in order.

“First of all, I was blindsided by this whole event,” Seymour said at the time. “When you get blindsided, you should take a moment to gather your thoughts. I have a lot of personal issues more pressing than football.”

At the time Seymour had four children, as well as the fact he was the guardian of a 15-year-old cousin whose mother had passed and had been in school in South Carolina until that year, at which point he had just started high school in North Attleboro (the trade happened on September 6, 2009). Needless to say the trade caused a major change in plans for Seymour’s family and they had to sit down and discuss how they were going to handle it.  After having a week to sort things out, Seymour’s wife and family reportedly decided to move back to South Carolina (where they were from), leaving the veteran to head to Oakland by himself.

While it’s nice to appreciate these trades, that transaction is always one that sticks out when it comes to guys who have been around for a while and the effect it has on them.

Watching the Broncos and Vikings on Sunday I noticed an interesting stat I hadn’t seen, and that was a milestone that Denver has apparently achieved on the defensive side of the football.

Denver’s defense made Minnesota miserable all afternoon during their win over the Vikings, and coming into that game they were actually the first team with 12+ players with a sack or interception through the first three games since the 2002 Patriots.

On Sunday Denver held on for a 23-20 win on a day where Peyton Manning completed just 17-of-27 for 213 yards along with one touchdown and two interceptions, but the Bronco’s defense got to Vikings quarterback Teddy Bridgewater for seven sacks on Sunday, with 11 total QB hits.

Needless to say that’s something to keep in mind when these two teams meet in Week 12 on November 29th out in Denver.

A LOOK AT THE RESULTS IN THE DIVISION:

Elsewhere around the Division, only one team came away with a win on Sunday after the Jets beat the Dolphins over in London, giving Miami their third straight loss and likely sealing the fate of head coach Joe Philbin.  According to ProFootballTalk.com’s Mike Florio, Philbin’s fate is expected to be decided Monday morning and as it stands right now, things certainly don’t look good.  Miami played a very uninspired game against the Jets, with New York handing Miami a 27-14 loss that was worse than the final outcome showed.  That was especially disappointing given the 41-14 loss they suffered at the hands of the Buffalo Bills last weekend and the Dolphins needed to come out better than they did this weekend in order to save Philbin’s job.

Speaking of the Bills, they got beat up by the Giants on Sunday after losing 24-10 on an afternoon where Buffalo committed a mind-blowing 17 penalties for 135 yards and converted just 3 of 16 on third down and went 0-for-3 in the Red Zone.

Ryan addressed the penalties with the media after the game, saying that he’s been part of a Ravens team that gave up a lot of penalties and they were able to correct it.

“I get it, no question about it,” said Ryan after the media began questioning him about it.  “But I mean…you know we can focus on the negatives and all that, and I get it. That’s your guys job, but you might not understand the game the way I understand because I’ve been on the other side. I’ve been a part of 20-some penalty performance by the Ravens, okay. And went on and we fixed it. We’ll fix it here.”

“But one thing is we got heart, and at least I know we got that and that’ll line it up regardless of the stuff that we take, negative wise. We’ll be standing there, right there and ready to toe the line again next week. I promise you that.”

They committed 14 against New England in week two and now have 47 as a team through three games, compared to just 33 by their opponents, which obviously is a serious issue and points to a lack of discipline by his players.

However, when asked if there was a problem there, Ryan didn’t seem pleased.

“I guess you guys write the stories so you’ll write it the way you want to write it,” said Ryan.  “I know, the one thing I know for a fact is we got heart. The discipline things, you know I get it. You get 17 penalties, that’s obviously a sign of lack of discipline. I think though that’s not the real deal. But, you know hey it is a free country. Write what you believe.”

For now the results don’t lie, and obviously the Bills have a problem.  But for the Patriots, it works just fine now that Buffalo sits at 2-2 and are another additional game back as it pertains to trying to catch New England in the Division.

READ NEXT:
Undisciplined Bills Still No Threat To Patriots
Posted Under: Patriots Commentary