7 years ago at 9:37 pm ET
Follow @bob_george
Posted Under: Uncategorized 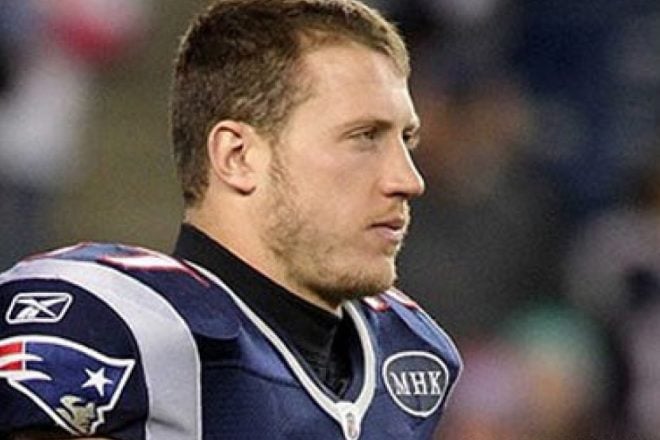 There are two famous Richie Cunninghams. One is played by Ron Howard on Happy Days. The other kicked for the Cowboys from 1997 to 1999. The redhead now directs major motion pictures when he’s not involved in some Mayberry reunion show. The kicker launches one towards the end zone and out for a touchback.

Your team has a bye week. What is there to live for?

Another team has a bye. As in bye-bye. Another lost season for the Red Sox ends Sunday. Like we said, what’s there to live for?

Let’s digress for just one moment.

Gil Santos left on his own terms and remains a broadcasting icon. Johnny Most, Fred Cusick, Bob Wilson, all of them left on good terms and in high standing.

So what is it with the Red Sox? Or more specifically, NESN? Ned Martin, Sean McDonough, and now Don Orsillo. All unceremoniously dumped. If not for those three baseball Vinces, what would we think of the Red Sox now?

Weep not for Orsillo. He gets to move to America’s Most Beautiful City. This writer has been there many times. I’m jealous. His legacy continues as the replacement for one Dick Enberg. Oh, and you’ll probably see him pop up on Fox national events like he did at TBS. He will be fine. Missed, yes, but fine.

Meanwhile, NESN remains what it has always been since 1984. They had better never lose the Red Sox, or they will vanish into television oblivion.

Geek of the week: Whomever it is in Cleveland who thinks Luke McCown should start over Johnny Football. Let’s assume it’s the head coach, Mike Pettine.

Dad Bob needs to talk to son Jonathan. Subject: Don’t kick the Baltimore Ravens on the radio when they’re down. When they get back up, they’ll remember this.

Wow. 0-3 Ravens? That really is something.

Joe Philbin won’t be long for Miami, even if they shake off that home loss to Buffalo.

There’s no truth to the rumor that, thanks to the pyrotechnics issue at the Ed Jones Dome, the Rams will bring in Deep Purple to sing the national anthem at their next home game. Followed, of course, by this rock anthem of theirs with what most guitarists call the best riff in rock history.

If Peyton Manning retires, will his commercials finally go away?

So, has Malcolm Butler made you forget Darrelle Revis yet?

Back to school: Charley Molnar. That is the only reason why you saw UMass on Saturday looking totally out of place at Notre Dame Stadium.

Back to school Jr.: So, you think the SEC is the be-all, end-all in FBS? Hmmm. Number one is Ohio State. Number two is Michigan State. Well done, Big Ten.

Looks like Derek Carr is going to have a better NFL career than former top draft pick/brother David.

What a system. Keyshawn Martin fit in just fine.

With just one measly win, Indianapolis went from lost season to tied for first quicker than they deserved.

Let’s hear it for weak divisions.

Inside the NFL needs to dump Brandon Marshall. No current players should be on the show.

Go ahead. You ask him wha hoppen against a reeling Philadelphia team.

Since Matt Bahr was let go by the Patriots following the 1995 season, the Patriots have had two kickers, Adam Vinatieri and Stephen Gostkowski. One wins Super Bowls, the other is the model of consistency and dependability. Not too shabby.

Remember him: One of the nicest non-Patriots features on the NFL Network is the A Football Life story of Roger Staubach. Yes it’s mostly corny, but the guy is good and the guy is real. He never lost to the Patriots in his career (3-0). If he had played in Super Bowl V (the one with 11 combined turnovers and a losing team member getting game MVP) instead of Craig Morton, the Cowboys probably win. He was a consummate competitor and winner. He was a winner off the field too. His 1975 comment to Phyllis George (“I like sex too! Only I do it with one girl!”) may have come off poorly in the eyes of his five children, but the guy had it nailed. He married his childhood sweetheart, Marianne, had five exemplary children, became a millionaire in real estate, and has lived a life you all secretly wish you lived. The family scene at the end of the show is as good as it gets. Hate the Cowboys all you want, but don’t hate this guy.

Super Bowl I was honored on Monday night. Green Bay and Kansas City. If only the Chiefs had worn white pants instead of red, you would have thought it was 1967 all over again.

Nice to see Len (“Leonard” as so called by his late KC head coach Hank Stram) Dawson in the Chiefs’ broadcast booth. He was there 50 Super Bowls ago, matching wits with Bart Starr.

The 2015 game seemed like a carbon copy of the 1967 game, until Kansas City made it close in the end. But seeing these two teams play each other in this the year of the 50th Super Bowl is extra special.

Now, if that mercenary fan with the videotape of Super Bowl I would hurry up and get his money ya-yas satisfied so that NFL Network can show the only surviving original broadcast of this game, that would be especially nice. The guy wants seven figures. So would you, so sit down and be quiet.