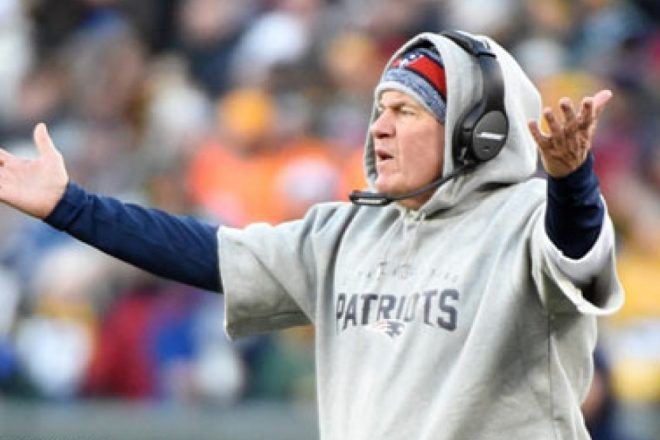 Patriots head coach Bill Belichick has never been considered an “elegant orator” when speaking with the media during press conferences. Belichick has become popularly known as a secretive and sometimes arrogant coach that’s infamous for giving one word answers or catchphrases that he recites on a loop frustrating those digging for any kind of answers in the process.

After Thursday’s opening night victory over the Pittsburgh Steelers, that same media was treated to a rare side of Belichick many have heard publicly during an early Friday morning conference call.

When asked about the latest headset controversy, Belichick went out of his way to explain his disappointment with the media by saying, “I’d just say, you know, tying this in with a couple of things from last week, or earlier in the week, I just think overall it’s kind of sad, really, to see some stories written that obviously have an agenda to them with misinformation and anonymous type comments.”

Belichick even addressed the recent ESPN Outside the Lines report on Spygate and said, “Writing about warm drinks and trash cans and stuff like that, I mean it’s just, I think it’s a sad commentary and it’s really a very . . . it’s gone to a pretty low level. It’s gone pretty deep.”

For a coach who preaches “Do Your Job” and “Ignore the Noise” to his players, Belichick was straightforward in defending the football team he has coached for the last 15 seasons.

“I would Just first of all would say that our program here is built on competition, and trying to improve every day, and trying to work hard, and it’s not built on excuses, and we just try to go to work and improve and find a way to get better,” he said. “This organization has won a lot of games, but particularly in reference to the great teams from ’01, ’03, ’04 back in there, and all the great players that played on those teams.”

Belichick then reiterated communications problems with headsets are a common occurrence. Stating, “I’d just say, it’s pretty common, you know. I mean look, there’s a lot of stuff down there — the coach-quarterback stuff, offense and defense, the headsets to the pressbox, the tablets. There’s a lot of stuff going on there, and you know, we had some problems. Just as an example, we had some problems in the first half and that seemed to be OK, and then we got to the end of the game, and the most problems we had were in our last two possessions on offense and defense.”

In a season where microscope on the Patriots will be closer than ever, even the secretive Bill Belichick might be at his tipping point.

Belichick is just fed up. Was asked about the headsets and now he's addressing the ESPN OTL/SI Spygate stories.