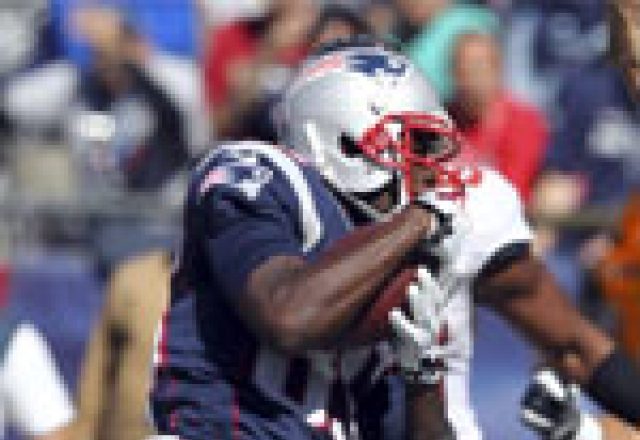 The Patriots brought back a familiar face on Sunday, with NFL Network reporter Rand Getlin reporting the team has added wide receiver Kenbrell Thompkins to the practice squad.

Thompkins was an up and coming player for New England back in 2013, getting off to a fast start before wearing down and dropping off the radar later in the season.  Still, it was a season to build from, but Thompkins was waived in October of last season as the team was seemingly trying to put him back on their practice squad and Oakland jumped in and claimed him.   He spent the remainder of the year with the Raiders, catching 15 passes for 209 yards.

The team is in need of adding depth at receiver with Brandon LaFell starting 2015 on PUP and Thompkins size (6’1″) gives them another big receiver to be able to potentially work into the offense.  His familiarity with the system should also help him acclimate quickly.

The #Patriots signed Kenbrell Thompkins to their practice squad, a source said.