7 years ago at 10:00 pm ET
Follow @IanLogue
Posted Under: Uncategorized 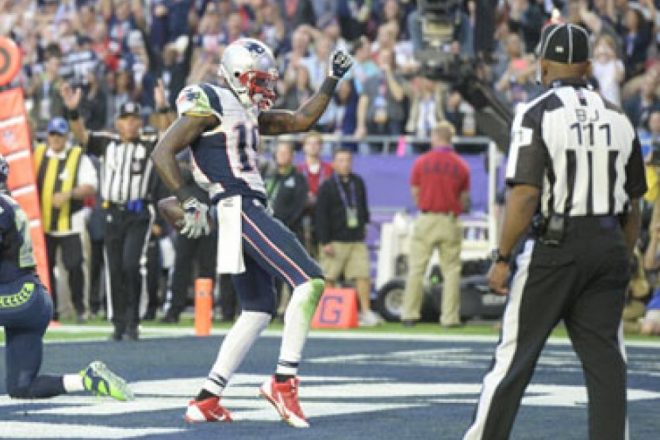 Patriots wide receiver Brandon LaFell was a spectator Thursday night as New England took on the New York Giants and spent the game watching from the press box.

The team ran a highlight video on the scoreboard featuring some of the big plays by quarterback Tom Brady after he had his 4-game suspension nullified by Judge Richard Berman earlier in the day. The only problem is, it didn’t include any big plays made by LaFell last season.

Watching the game from the box pic.twitter.com/HBKVZdYXCQ

After the video ran, not making the highlight reel apparently left him a little disappointed:

Still haven't made the highlight video in pregame smh

Most reports seem to indicate he’ll be on the field in Week One next Thursday. Hopefully he’ll start the year off making some big plays when the team battles the Steelers at home next week.

By: Mark Morse
This week we will analyze the New England Patriots Defensive Backs.  The Defensive Backs are going to make or break the team this year.
4 days ago