7 years ago at 10:11 am ET
Follow @IanLogue
Posted Under: Patriots Commentary 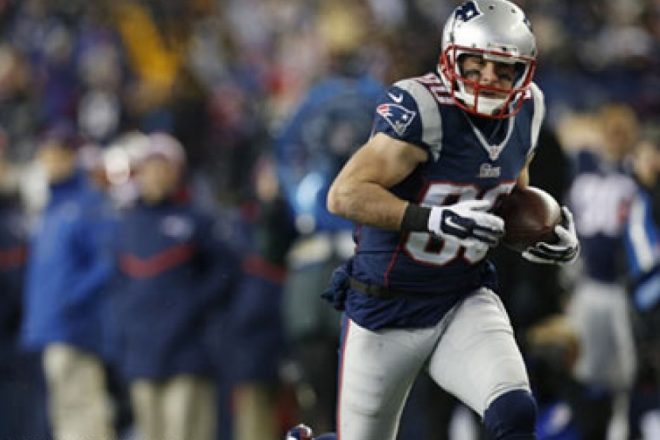 Bringing in a player like Reggie Wayne would have made sense five years ago, but now that all the other suitors have passed on him, injuries at the receiver position have put the Patriots in a tough position and it looks like they’re now reportedly willing to take a chance on him.

ESPN’s Adam Schefter reports that Wayne was brought in for a physical, leaving the team to try and see how much the 36-year old still has left.  Right now the Patriots are pretty banged up at the receiver spot, with Julian Edelman still sidelined from a leg injury earlier this month, while Brandon LaFell remains on PUP, Brian Tyms season seems in peril with a foot injury, Aaron Dobson is sidelined with a hamstring injury, and Brandon Gibson went down late Saturday night with a knee injury.

With their depth now taking multiple hits and still two preseason games to go, it appears Wayne might get an opportunity to prove he can contribute.  The only problem is they’re getting the wrong version of him.  He was a solid receiver during his days with Indianapolis, but past experience has proven what happens with older veterans.  They’re terrific players from September through December, but by the time the postseason arrives they have little left to give and can’t always beat one-on-one coverage.  That was what had plagued the Patriots until a much younger Danny Amendola (pictured above) broke that trend during their Super Bowl run last season and was able to accomplish that thanks to his speed and quickness.

We know how good Wayne was and the type of player he could be if his body was up for it.  Unfortunately that’s going to be the biggest concern if he’s able to make the roster, and another reason to hope that some of these younger guys can get healthy as we head into the 2015 regular season.

READ NEXT:
WATCH: Julian Edelman Posts Video From His Trip To Israel
Posted Under: Patriots Commentary