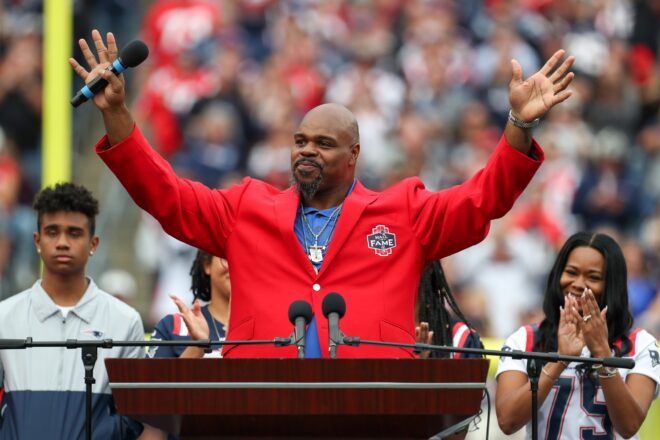 On Tuesday, The Pro Football Hall of Fame revealed its list of 28 semifinalists for The Class of 2023

Defensive tackle Vince Wilfork and safety Rodney Harrison made it to the semifinal round for the second time each.

Both players played vital roles on defenses that won Super Bowl titles (two each) and are members of the Patriots Hall of Fame.

Before his Patriots Hall of Fame induction ceremony, Belichick had the following to say about Wilfork;

“Vince [Wilfork] is a really, very athletic guy,” Belichick said before his induction into the Hall at Patriot Place. “He can run, very light on his feet. I mean for such a big guy, I think good balance and tremendous playing strength. Great competitor, very smart, good communicator. Was a good team leader. Great team captain. So he brought a lot to this organization on and off the field for a long period of time.”

The list of 15 finalists will be reduced to a final group in January 2023 before up to eight enshrinees are announced before Super Bowl LVII.

Patriots Hall of Famers @vincewilfork and Rodney Harrison are among the 28 semi-finalists for Pro Football Hall of Fame induction. Four other semi-finalists spent some time with the @patriots – Henry Ellard, @jhharrison92 , @darrellerevis and @fredtaylor pic.twitter.com/99wrxe5QNy