2 months ago at 11:06 am ET
Follow @MarkMorse5
Posted Under: Patriots News 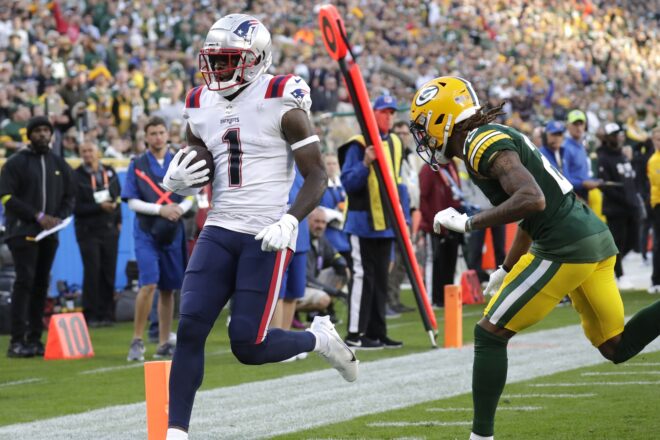 Shame that such a strong effort ends up with the Patriots coming up short.  I’ve coached youth sports for over 30 years.  In my opinion, there are four ways you can play a game.  First, you play your best, and you blow out your competition.  Second, you don’t play your best and lose.  Third, you play your best and lose.  Last, you play badly but still win because you have overwhelmingly better talent.  According to Mike Reiss and supported by Matthew Judon in his post-game press conference, they said there are no moral victories in the NFL.  I disagree, the Patriots played their hearts out today.  They played their best and came up short.  They were handicapped by the loss of Brian Hoyer.  Third-string rookie QB Bailey Zappe was forced into the game.  The Patriots lost starting QB Brian Hoyer with 5:15 left in the 1st Quarter.  The coaching staff had to dumb down the playbook for Zappe who played great.  He is the only rookie QB in the league to throw a TD pass.  The team is just not good enough to overcome these types of setbacks.

I predicted the Patriots to be 0-4 at this point in the season.  If TJ Watt had played for Pittsburgh I believe the Steelers would have won.  However, the Patriots have played better than I thought they would be and could easily be 2-2.  The running game is going very well despite Isaiah Wynn.  Wynn was benched Sunday and deserved it.