1 month ago at 5:00 am ET
Follow @SteveB7SFG
Posted Under: Patriots Commentary 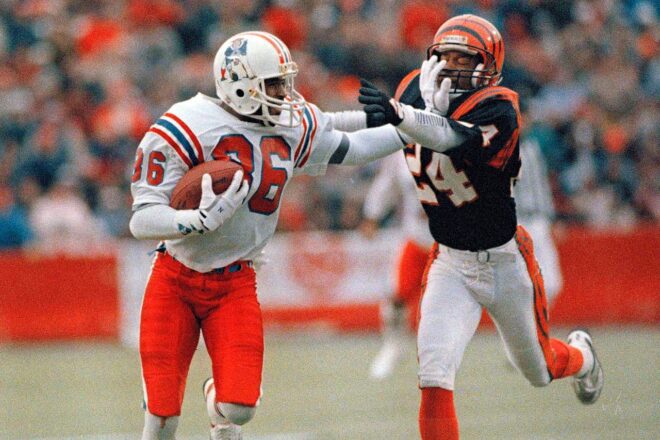 Good morning; here are your weekly Patriots news 07-10 and some NFL notes this week. A bit shorter than normal around here but things will definitely pick up soon.

We hope everyone enjoyed their Independence Day weekend, personally, our immediate family just stayed at home and put the smoker on overtime, doing up some ribs, hamburger sliders, and surf and turf. If you haven’t tried them on the smoker, do so… it was like a nice tailgate outing.

The Patriots 2022 training camp opens later this month and then football will be with us until February. It should prove to be a very intriguing season.

Another semi-finalist with slight Patriots ties is Marty Schottenheimer, who is being evaluated as a coach, but he did spend two years with the Patriots as a linebacker.

This was some pleasant and in Morgan’s case, some seriously overdue news as his career numbers are more than worthy of Canton induction. More to come below.

Robert Kraft bought the team in 1994, with the intention of keeping the team in New England, something that wasn’t a given at the time. Under Kraft’s leadership, the Patriots have gone to the Super Bowl 10 times, including nine from 2001-2018, winning six. He made arguably the best decision in team history by hiring Bill Belichick as the head coach in 2000. Also in 2000, the team drafted Tom Brady who would be the other answer to the best decision in franchise history.

Kraft was instrumental in ending the lockout in 2011.

Bucko Kilroy had an NFL career that lasted 64 years between being a player for 13 seasons and front office executive of which 36 were with the Patriots.

Most of his playing career was with the Philadelphia Eagles where he earned the reputation as a hard-nosed but dirty player. Despite this, he earned six All-Pro selections as an offensive lineman.

He joined the Patriots as the Director of Pro Player Personnel in 1971, along with Chuck Fairbanks, they assembled a team that went 31-13 from 1976-78 before Fairbanks was fired. He was the General Manager in 1979 and 1982 before moving to the Scouting Department, where he remained as a consultant until 2006.

Stanley Morgan was one of the most prolific wide receivers in the NFL that doesn’t reside in Canton. He remains 9th All-Time in yards per reception with 19.2, but none of the players above him have anywhere close to his 557 career receptions.

Paul Warfield is the closest with 427 catches and a 20.1-yard average. Warfield was inducted into the Hall of Fame in 1983. Morgan and Warfield’s average yards per game respectively are remarkably similar at 54.7 and 54.6 yards respectively.

Playing on Patriots ground and pound running teams, Stanley Morgan leads all NFL receivers with at least 500 catches with a 19.2-yard average. His career numbers of 557 catches, for 10,716 yards and 72 touchdowns, also include 127 rushing yards and 989 combined return yardage. He was selected to four Pro-Bowls, and two All-Pro teams.

Last year, Cliff Branch of the Raiders was elected by the Seniors’ Committee to the Hall of Fame. And his numbers of 501 catches, and 8685 yards for a 17.3-yard average with 67 touchdowns would leave one to believe that Morgan equally deserves consideration.

Ty Montgomery: With the dead time of the summer before training camp begins, ESPN compiled a list of all 32 teams who has a veteran that may not make the final cut for the 53-man roster. They asked one of the beat writers who cover the team for the network and in the Patriots’ case that turned out to be long-time stalwart Mike Reiss.

Reiss’s thoughts about which veteran could be a (somewhat) surprise cut is Montgomery the WR/RB/STs player who faces a deep roster at each one of the positions he is vying to fill.

At wide receiver, the team already had Kendrick Bourne, Jakobi Meyers, Nelson Agholor, Tre Nixon, Kristian Wilkerson, Malcolm Perry, and N’Keal Harry on the roster. Then they added Devante Parker from Miami and drafted Tyquan Thornton in the 2nd Round of the draft. Nixon was a standout during minicamp and even with the expected trade/release of Harry soon, the chances of Montgomery cracking the lineup as a WR seems quite low at this point.

The team was already deep at running back with the 1a/1b tandem of Damien Harris and Rhamondre Stevenson. James White is returning from a severe hip injury and it isn’t known if he’ll be ready. But the team drafted Pierre Strong in the 3rd Round of the draft, so that alone guarantees him a roster spot at least for this year. Kevin Harris was added in the 6th and is a different type of player. J.J. Taylor is also trying to earn a roster spot. But it would seem if James White is healthy, then the 3rd down role is his. And the team seemingly drafted Strong as White’s heir apparent.

The best way for Montgomery to earn a roster spot is via punt returner, but that isn’t a given either, with the team drafting the two Jones (Marcus and Jack). In my earlier 53-man Roster Projection 1.0, I had Montgomery not making it either.

Mac Jones:  The Patriots’ starting QB is putting the time in this offseason. He was in Dallas this week holding another throwing session with wide receivers Lil Jordan Humphrey, Kristian Wilkerson, and Tyrin Ralph a WR from Arkansas Pine Bluff.

Last week Jones was in Carlsbad, California hooking up with Nelson Agholor and Tre Nixon to get some extra work in. He’s embraced the additional leadership that has been thrust on his plate this spring/summer.

Trey Flowers: The former Patriot/Lion edge rusher is still the subject of rumors about returning here which while a possibility, is far from a sure thing. One team to keep an eye on is the Baltimore Ravens. With David Ojabo and Tyus Bowser both in recovery from Achilles injuries, the Ravens need help on the edge.

The Ravens did resign Justin Houston to a one-year deal, but I wouldn’t be shocked to see if they at least kick the tires on Flowers. And right now the Patriots don’t have the cash to make a deal with Flowers even if both parties were so inclined.

The Browns traded QB Baker Mayfield to the Carolina Panthers for a conditional 5th round that could become a 4th rounder depending on playing time. For a former 1st round pick (and #1 overall) that is a big fall from grace. Plus, Cleveland is willing to pay $10 million of his 2022 salary just to be rid of him.

Cleveland laid out huge draft capital (2022, 2023, and 2024 1st round draft picks as well as others to trade for former Houston QB DeShaun Watson and shelled out $230 million all guaranteed for him to be the next Browns QB. Except that no one knows when that will be, if ever. Watson is facing a multitude of sexual assault lawsuits, after settling 20 of them earlier. The NFL still hasn’t released any possible suspensions under the league’s conduct policy.

Mayfield wasn’t helped by Cleveland’s front office, the constant carousel of coaches and coordinators as well as himself. He played hurt last year and posted up numbers of 3,010 yards, with 17 touchdowns and 13 interceptions last year. But the Browns decided at the end of last year they were done with him. They went so far as to call out his maturity this offseason.

If Mayfield is healthy, and with a clean slate under Matt Rhule, he should beat out Sam Darnold who had a rough season in Charlotte after getting a fresh start himself after suffering with the Jets. It will be intriguing to say the least to see if Mayfield and Rhule can get along where he and coach Kevin Stefanski could not.

The Browns were happy to be rid of Mayfield, obviously since they picked up the majority of his salary. And they made it clear, regardless of Watson’s situation, that he was not part of their plans. But if Watson is suspended for the majority if not all of 2022, that puts the onus squarely on the shoulders of Jakoby Brissett, who is a good backup but isn’t a franchise QB.

That leaves Jimmy Garoppolo as the top QB that could be available for a trade this offseason. But now there aren’t a lot of places to go unless some veteran QBs get hurt in training camp.

“It depends on the person’s level of experience. Players that are experienced you can evaluate them. For players that aren’t experienced you look at their development and see how that is tracking. We have quite a few guys back there, they’re in different stages of those categories. We will evaluate them on a case-by-case basis. We got a couple of punters, so we got a lot of balls there, we’re punting them so might as well have some guys catch them.”