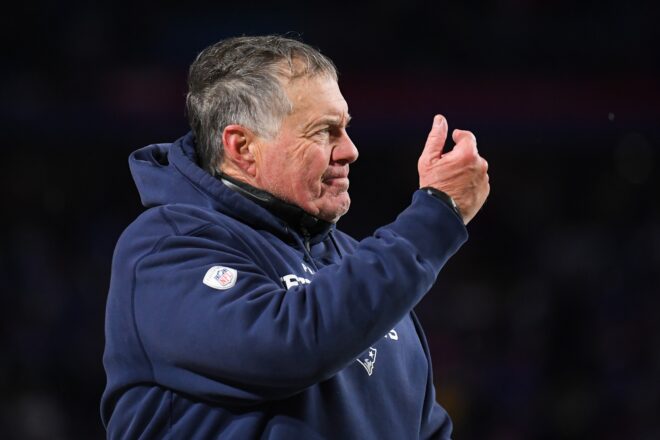 So, which of the 8 UDFAs the Patriots signed will make the team?

The Patriots announced the 8 players’ UDFA signings on Monday.   They don’t announce who has been invited.  We have to find out that info from the players or agents on social media.  The first day of Rookie Camp is Friday.  The profiles of each of the 8 UDFAs have been published already, so I won’t re-write those but add some of the additional info on them.   I have ranked the 8 UDFA signees by the likelihood they will make the team.

They signed TE Matt Sokol once he was released by the Detroit Lions.  The Michigan State product stands 6’ 5” and 249 lbs and was an Undrafted Free Agent signee in 2019.  He played briefly for coach Matt Patricia.

The drafting of Bailey Zappe spelled the end of the road for Jarrett Stidham.  He was traded to the Raiders with a 2023 7th round selection for a 2023 6th round pick.  This is the first trade between Josh McDaniels / Dave Ziegler and Bill Belichick, and probably won’t be the last.  I thought the Raiders were set with Nick Mullens and Garrett Gilbert at backup QB.  Gilbert was a member of the Patriots Practice Squad last year

The Patriots still have 3 open positions on their roster.

KC Chiefs Have a Great Draft

I love the way the Chiefs moved around the Draft to select their players.  I predicted the Patriots taking a CB at #21 and the Chiefs moved up in a trade with the Patriots to take Trent McDuffie.  Bill Belichick did it again with a trade-out.  McDuffie is a plug and play player.  KC followed that up by taking Edge George Karlfatis with their 2nd 1st round selection.  Further down the draft they took Darrian Kinnard a big OT from Kentucky that can play either LT or RT.  Kinnard gave up his starting LT position and moved to RT in 2021 when Kentucky landed LSUs former starter Dare Rosenthal from the Player Portal.  Followed that with CB Jaylen Watson and underrated CB from Washington State.  Just after the Patriots took Tyquan Thornton KC took Skyy Moore.  I had taken Moore off my Patriots Type Player board because he didn’t run sub 7.00 3 cone drill.  Well, that doesn’t mean anything to the Patriots anymore when they took Thornton, who doesn’t have a sub-7 time either.  Moore runs good routes and will be a star with Pat Mahomes throwing to him.  Moore was not asked to run the full route tree.  They also added speedy RB Isiah Pacheco from Rutgers who is a good receiver out of the backfield.  Bryan Cook is an S from Cincinnati and was also a good selection.  Love the Leo Chenal LB pick from Wisconsin.  Thought he would be perfect for the Patriots.  He has the size, speed, and the productivity to be a starter.  When they were finished drafting, they cleaned up with UnDrafted Free Agents, signing speedy WR Justyn Ross of Clemson, RB  Jerrion Ealy of Mississippi, LB Mike Rose of Iowa State, and LB Jack Cochrane of South Dakota State.  Teams will be watching the Chiefs closely during the Pre-Season to see which players are cut and who they could poach from the waivers.  They also have a couple of WRs that won’t make the team and could provide value to other teams.

Nakobe Dean LB Georgia – Slipped in the draft all the way to the Third Round and was selected number 83 by the Philadelphia Eagles, just before the Patriots at #85.  Dean fired his agent immediately after the draft.  Two reasons he slipped were that he is undersized at 5’11” and his athletic numbers were not great.  The second reason was that he decided not to have surgery on his shoulders and then tore a pectoral muscle working out for the Combine.

Matt Araiza P San Diego State – The Punt God was selected in the 6th Round, pick #180, just before the Patriots, by the Buffalo Bills.  This was a lot lower than prognosticators predicted.   The main reason given is that Araiza doesn’t hold on FG and Extra Points.

Reports that Bill O’Brien was at Patriots workouts last week.  That is curious that he is still hanging around the Patriots.  Perhaps a return to the Patriots may be in his future.  Bill Belichick isn’t getting any younger.  Could O’Brien be a replacement candidate?

By: Mark Morse
For 18 consecutive seasons, an Undrafted Free Agent (UDFA) has made the opening day roster of the Patriots.  Quinn Nordin, the only UDFA the Patriots…
9 seconds ago 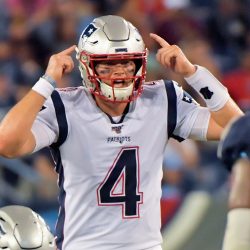 By: Ian Logue
Thursday's news that the New England Patriots made a trade with the Las Vegas Raiders to end Jarrett Stidham's time with the club will likely…
16 mins ago 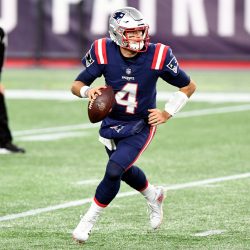 By: Ian Logue
New England Patriots news for Thursday May 12, 2022 and NFL notes.
2 hours ago 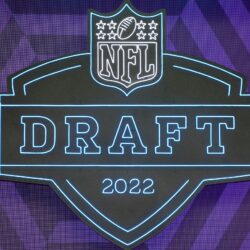 By: Ian Logue
Looking closer at New England Patriots rookie running back Pierre Strong Jr., it’s tough not to wonder how he’s going to factor into the mix…
23 hours ago
wpDiscuz