4 months ago at 9:30 am ET
Follow @IanLogue
Posted Under: NFL Commentary 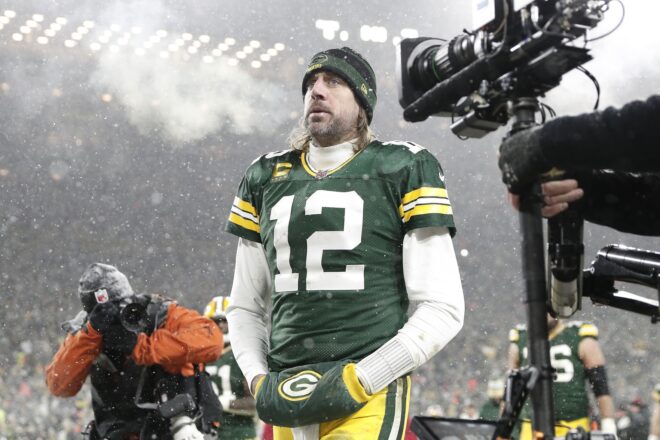 This weekend saw a lot of crazy moments go down during each of the Divisional match-ups, and here are some thoughts coming off what ended up being a wild weekend:

1) Watching Green Bay go down on Saturday night was surprising, but the biggest thing that seemed to stand out in this contest is that from the moment the ball was kicked off, Aaron Rodgers had the look of someone who knew that his time with the Packers was coming to an end.

When the cameras cut to him, it was strange. He just looked like a guy who was taking it all in, and it never felt like he was locked in.

For the Packers to have the top seed for two straight years and to fail to take advantage is stunning, and it’s probably safe to say after Rodgers couldn’t muster more than 10 points that the sentiment has likely changed and they’re probably no longer quite as committed to their beleaguered quarterback.

The loss dropped Rodgers to 5-4 lifetime at Lambeau Field in the postseason and there were several who pointed out a couple of key stats when it came to how big of a disappointment he’s been. Considering how many people have argued for Rodgers when it came to the “best ever” category (that argument raged during Tom Brady’s final few years here), Rodgers managed just one championship during his Packers career, while his predecessor, Brett Favre, also won just one (against the Patriots at the end of the 1996 season).

That’s two combined titles in 30-years for a club with two future Hall of Fame quarterbacks. For Rodgers, it’s two straight years where they had home field throughout along with the coveted bye week, yet he couldn’t get it done.

Needless to say, it’s probably safe to say that Saturday night was indeed Rodgers’ final game with the Packers. After all, the drama was probably more than tiring and seeing Green Bay squander a pretty good roster while failing to beat a 49ers club that did more than enough to give the game away was staggering.

Obviously, a lot of the talk centered around Green Bay’s problems on special teams but it doesn’t change the fact Rodgers couldn’t score more than 10 points at home against a San Francisco team that failed to score an offensive touchdown.

In the end, I feel like they’re probably tired of all of it and Rodgers will probably get his wish. The only question is where he’ll end up, but the speculation has already started and it sounds like he’ll most definitely be on a different roster in 2022.

2) Without looking into the financial implications, I sort of wonder if we could see a deal similar to what we saw with Los Angeles and Detroit last offseason, where the two teams exchanged quarterbacks. Rodgers has reportedly made assertions that any move would prefer to be to the West Coast, so Seattle seems to make sense. And the Packers don’t seem to be overly enamored with Jordan Love, so bringing in someone like Russell Wilson would at least make them competitive.

I’d have to defer to people with a better understanding of the financials but it’s a scenario that would seemingly be good for both sides since neither would have to lose any significant draft picks. Whether or not it would happen would obviously be a different story. The more likely scenario for Green Bay would probably be to get him out of the Conference, which would certainly shift the dynamic quite a bit.

Given the uncertainty surrounding Deshaun Watson, who will probably finally get dealt in the coming months, it’s likely we’ll see a few deals made this offseason that could definitely make things interesting at this time next year. 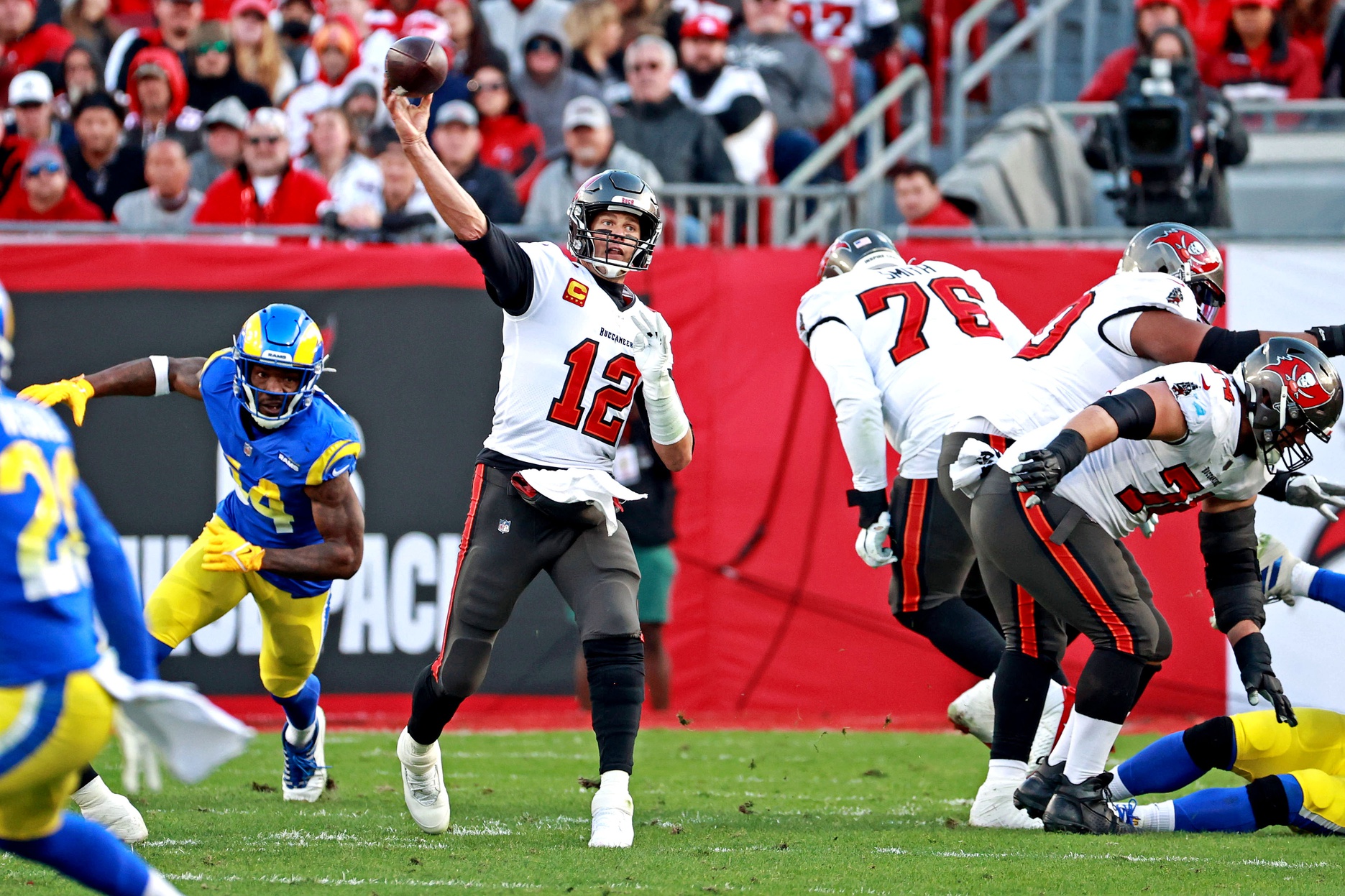 3) Speaking of quarterbacks who could be moving on, the rumors surrounding Tom Brady’s retirement seem to be gaining steam and Sunday’s battle with the Rams seems to be the perfect game to bookmark Brady’s unbelievable career.

The veteran quarterback got off to a rough start, but he led the Buccaneers back from a 27-3 deficit to knot the score at 27-27 with just 0:46 left to go in the game to seemingly force overtime.

Instead, Tampa Bay’s defense completely let them down, allowing Matthew Stafford to connect on a 44-yard pass to set up the Rams’ game-winning field goal.

After a lot of what’s transpired this season, Brady seems like he’s had about enough of head coach Bruce Arians and with all the uncertainty on the roster, being a championship contender in 2022 may be more difficult depending on how things play out.

As a result, walking away following his effort on Sunday seems like a good way to close out his career. The numbers he put up this season at age 44, along with what he accomplished essentially allows him to go out as close to on top as possible.

While a championship would have been nice, it sort of feels like he’s at peace with where he is and it wouldn’t be a surprise if he finally decides he’d like to spend time with his family and call it a career. 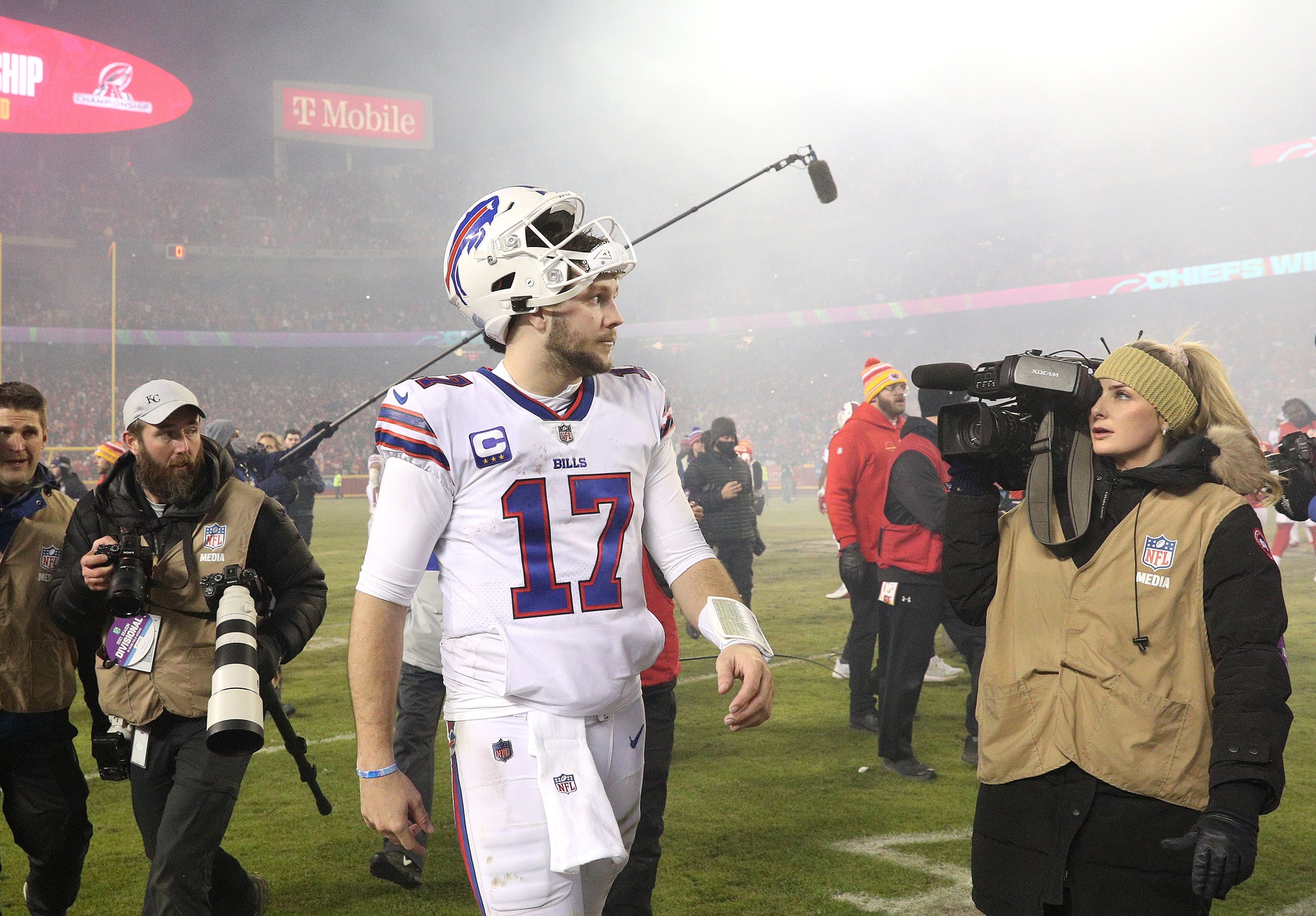 4) Watching the back-and-forth of Buffalo and Kansas City, it’s going to be interesting to see what Bill Belichick does this offseason to put the Patriots in a better position to be competitive against those two clubs.

Make no mistake, had New England advanced, they would have had a tough time against Kansas City given all the problems they had against Buffalo. We all know age and speed was an issue and changes are coming, but it would have been tough for them to hang in a contest like that one and heading into free agency and the draft, it’s hard not to wonder how they’re going to try and deal with it.

The Bills and Chiefs are quickly becoming what the Patriots and Indianapolis were in the early 2000s in terms of being the two teams to beat in the Conference. Looking at how things played out yesterday, Belichick needs to take a long look at the current roster and it should be interesting to see what moves are made to hopefully get them further into the mix next January.

5) Speaking about that game, the talk about the overtime rules remains frustrating. Most Patriots fans remember this conversation following their win over the Chiefs a few years ago, as well as with their Super Bowl win over the Falcons. It’s just ridiculous.

In each of those scenarios, including Sunday night’s game, each of the losing teams allowed the opponent to go the length of the field and score a touchdown, which obviously ended the game.

Some are trying to argue that it’s not fair, but at last check, NFL teams are still required to play defense and if you can’t keep the opponent from driving the entire length of the field and punching it in, you don’t deserve to win.

That being said, this topic has come up enough where it wouldn’t be shocking to see the league make the change for the postseason after the noise we’re already hearing about it again. I haven’t heard Buffalo head coach Sean McDermott’s thoughts on the matter just yet, but it wouldn’t surprise me if the league potentially considers modifying things in the playoffs moving forward after how that one ended.

It was definitely another crazy weekend. With two surprising match-ups coming up, it should be fun to see how things play out and whether or not we’ll see any further upsets again next Sunday.

How Was This Article?
Posted Under: NFL Commentary

By: Steve Balestrieri
Vince’s rare physical ability was obvious, but it was his professional approach to the game, his competitiveness, toughness, and dedication to the team that set…
8 hours ago

By: Russ Goldman
In this episode, Steve and Derek break down the 2022 Patriots regular season schedule. The guys also discuss Vince Wilfork's election into the team Hall…
2 days ago
wpDiscuz