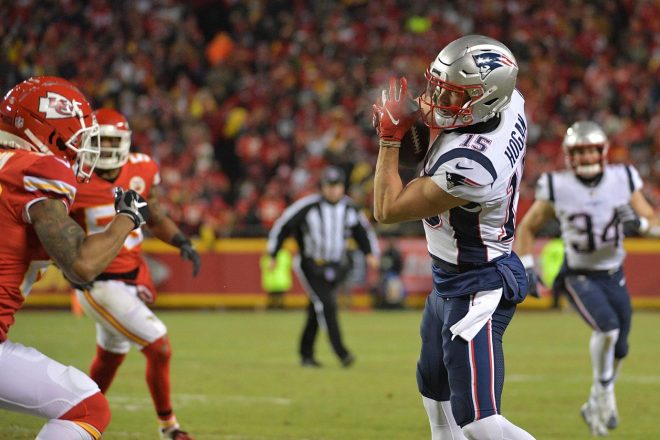 Over the weekend, New Orleans Saints wide receiver Chris Hogan elected to retire from the NFL following a brief comeback this fall.

A 10-year veteran who most notably helped the New England Patriots win two Super Bowl titles decided to walk away despite winning a roster spot in New Orleans this past summer after a year away from the sport playing professional lacrosse.

In five games with the Saints, Hogan logged just four receptions for 41 yards but did record a touchdown.

Hogan informed the team earlier this week that he was going to retire. He has been back home this week with his pregnant wife contemplating the decision.

An undrafted free agent out of Monmouth College in New Jersey in 2011, Hogan spent time with the San Francisco 49ers, New York Giants, Buffalo Bills, New England Patriots, Carolina Panthers, New York Jets, and Saints. Hogan finishes his career with 220 receptions for 2,836 yards and 19 touchdowns in the regular season, plus an additional 34 catches for 542 yards and four touchdowns in the playoffs.

On Saturday, Hogan’s former Patriots teammate Julian Edelman shared a funny reaction to the news over Twitter, inviting him to play golf while offering up his congratulations.