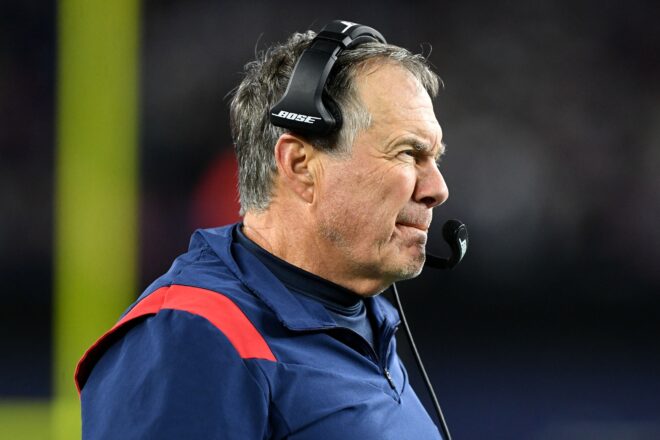 One of the most frustrating things this season has simply been that this New England Patriots team doesn’t seem to know how to win these types of games, which is obviously a big change given what we’re accustomed to around here during Bill Belichick’s tenure.

In the past, what’s set Belichick’s teams apart from everyone else is that they’ve always been clubs that came up with big plays in critical moments.  They didn’t commit or make stupid mental mistakes in those same points of games.

Simply stated, they’ve just never been a team that’s beat themselves.  However, that just hasn’t been the case this season.

We’ve already seen several games that could have played out differently, but Sunday will now get added to that group of games we’ll ponder by the time 2021 is finally over.  It’s another near-miss with plenty of positive things to take away, but it’s frustrating getting that close only to end up coming up short.

It started early in this one as the Patriots appeared to be potentially set for a breakout performance.  After getting up early and scoring on their first two possessions, New England’s defense picked off Dak Prescott in the end zone, leaving the Cowboys to come up empty following a long drive where it looked like they were about to get points.

Instead, New England’s offense went the other way, thanks in part to a Dallas penalty where a horse-collar tackle saw Mac Jones and the offense end up at their own 40-yard line.  Two plays later, Jones hit Nelson Agholor for a 27-yard pass and the Patriots were suddenly deep in Dallas territory.

Following a 3-yard run by Damien Harris, Jones seemingly found Jakobi Meyers for what not only would have been the receiver’s first career touchdown catch, it would have potentially put New England up 21-7.  Instead, James Ferentz was called for a holding penalty, nullifying the touchdown and putting Jones and the offense in 2nd-and-17.

With the Cowboys knowing Jones would need to throw the ball to set up a manageable third down, they came in hard on the ensuing play.

Jones would end up catching the brunt of that fury.

Defensive end Randy Gregory absolutely blew up right tackle Yodny Cajuste, squaring up Jones when the quarterback turned to his right as he finished dropping back.  He hit Jones dead center and wrapped him up, slamming him to the turf and knocking the wind out of the rookie, who lost the football. 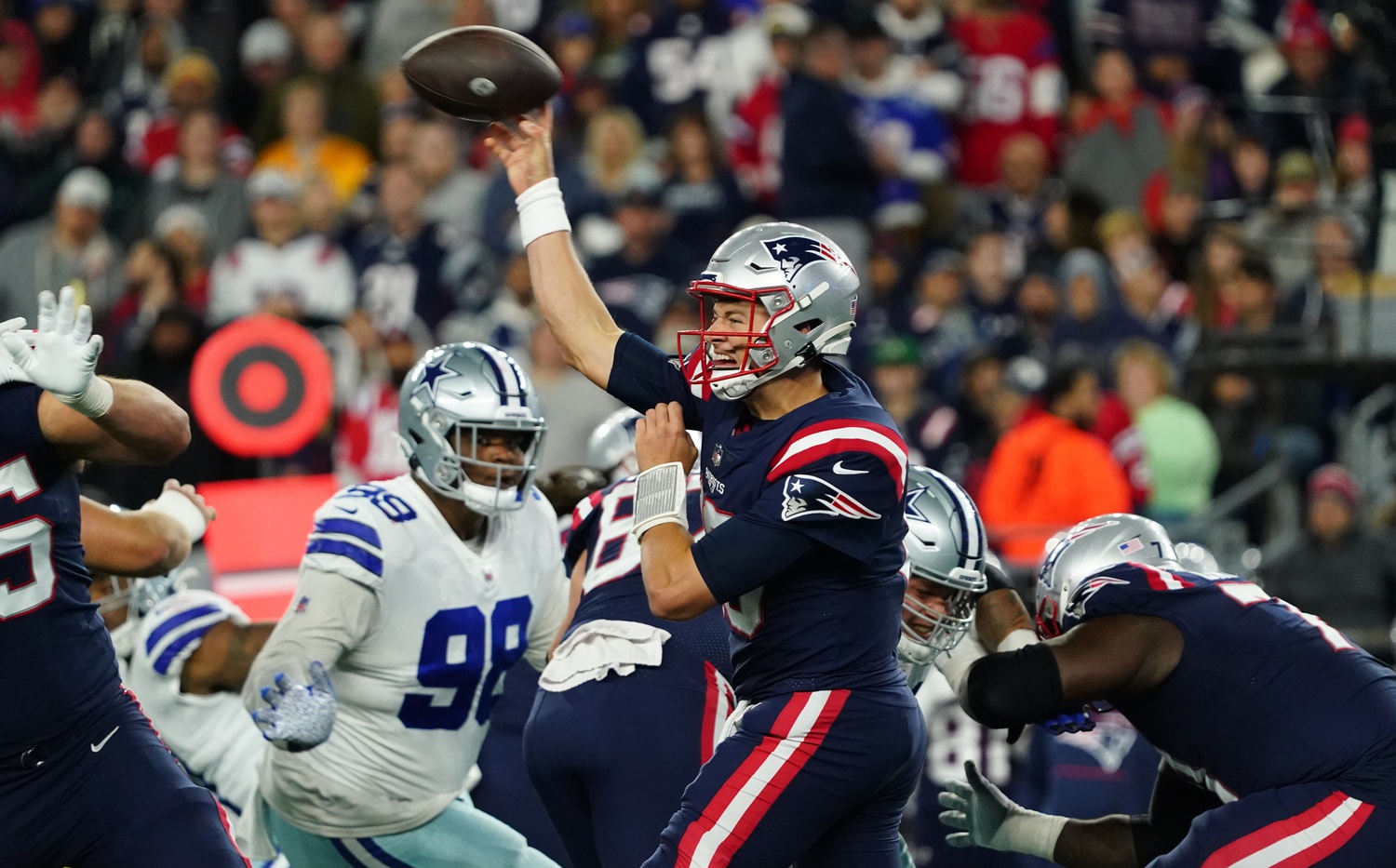 Jones had to fight all afternoon and nearly pulled this one out. – David Butler II-USA TODAY Sports

Dallas recovered and not only kicked a field goal, but they also seized the momentum.

It’s frustrating, because the Patriots had the chance to play the game on their terms, but instead, they made an untimely and uncharacteristic mistake that we’re not used to seeing.

Fast-forward to the end of the game.  With just under three minutes left to play and a chance to close out the contest up 21-20, New England snatched defeat from the jaws of victory.

Facing 1st-and-10 from their own 41-yard line with 2:42 left on the clock, running back Damien Harris was stopped for no gain and Dallas called a timeout.  At that point, while not picking up a yard is never a good thing, the Patriots were still in fairly good shape with two more chances to burn time and move the chains.

Instead, they again did something we’re not used to seeing.  They committed a delay of game penalty, which cost them five yards and put them in 2nd-and-15 instead of 2nd-and-10.

Once again, that’s not something you generally see a Belichick-coached team do, not at that point of the game.  With the Patriots only up by one point, the only way to win the game would have been to convert on third down and keep things moving.  They needed to execute and make sure the ball didn’t ever end up back into Dak Prescott’s hands to give the Cowboys a chance to kick a field goal.

Belichick and offensive coordinator Josh McDaniels knew it, and that’s why what happened next transpired.  With the offense facing a long-yardage situation with a 2nd-and-15, McDaniels called a pass play for the sake of trying to put them in a manageable third down.

He didn’t have a choice.  Another run play could potentially put them in a 3rd-and-long and increase the odds they’d need to punt.  It was a relatively conservative call, with Jones throwing a crossing route to Kendrick Bourne, a normally sure-handed receiver.  After all, they didn’t need a first down, they just needed to pick up enough yards to give them a shot on the next play.

Unfortunately, it wasn’t meant to be.

Jones led Bourne a little far and the ball went off Bourne’s fingers into the hands of defensive back Trevon Diggs, who alertly made the interception and took the ball 42-yards the other way for the touchdown.

That sequence was ultimately the difference in the game and it’s the difference between the team we’re used to and the team they have currently.  Granted, they answered with a 75-yard touchdown to Bourne on the ensuing possession, but the previous penalty was the key to that sequence because it kept them from being able to just run their offense with a chance to stay in control of the game.

Even with Bourne’s 75-yard touchdown, it left the fate of the outcome in the hands of a defense that fought valiantly all game but was well overmatched (more on that later).  They were on the field for nearly 40 minutes and by the end of the game, they were exhausted.  This was a game where New England needed to get a couple of first downs and kill the clock.  They just couldn’t do it.

The game went to overtime and after the offense couldn’t get points, it was pretty clear that there was no way a battered and exhausted defense could have been asked to stop Prescott from getting points. Granted, the way it ended was disappointing, but it also seemed inevitable after all the events we witnessed on Sunday.

This isn’t a team that currently knows how to win these kinds of games, and it’s just a reality we all need to accept.  They’ll be fun to watch, and maybe we’ll get lucky at various points throughout the rest of the season where one of these games finally goes their way.

But this is a team that has a lot of potential and a bright future. It’s a team where we’ll have plenty to look forward to and it will make every Sunday exciting to watch. But until they’re able to make the plays they need to in big moments or – even better – not make costly mistakes, they clearly still have a long way to go.