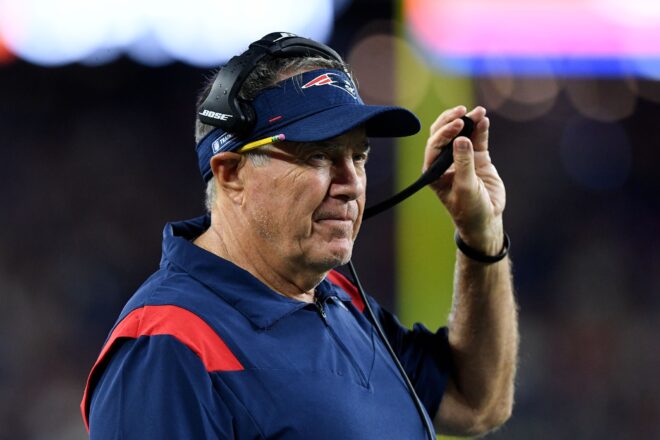 The Patriots have a very tough opponent this week and I am sure Coach Belichick is emphasizing not to look past them to next week’s game with Tampa Bay.  No coach in the NFL had to overcome so many difficulties in-season and yet still produced excellence, like Sean Payton.  He should have been awarded the coach of the year.

Brees lost arm strength in recent years and checked down a lot (dead last among 41 QBs in air yards since 2019), he was still very accurate and rarely turned the ball over. He has thrown a combined 23 interceptions in the last four seasons while Winston threw 30 INTs in 2019 alone! Unless Winston has turned over a new leaf, the Saints will have to overcome mistakes that they are not used to.

The Saints lost starting TE Jared Cook and WR Emmanuel Sanders in free agency.  They cannot afford another injury-plagued season from WR Michael Thomas.   Thomas who missed 9 games last season has already missed the first two games and is unlikely to play this week against the Patriots.  To add to the misery, Tre’Quan Smith, who emerged as a sold WR last season and would complement Thomas as a #2 WR, is on IR.  The depth at wide receiver and tight end is lacking as the Saints did not add a single receiving weapon.  Marquez Callaway has emerged as a solid target while former Assumption College (Worcester) WR/PT Deonte Harris is exciting to watch.  He made the Pro Bowl as a Punt Returner in 2019, his rookie season.  I had the pleasure of watching Harris all 4 years at Assumption, as my daughter graduated with him.  He was a potential TD every time he got his hands on a ball.

The Patriots needed a Punt Returner and I couldn’t believe they didn’t draft or sign him as a Un- Drafted Free Agent.

Harris leads New Orleans in receiving yards with 81 on three catches and a TD.

Jameis Winston won the QB job from Taysom Hill, but Hill will see time at QB especially in a wildcat alignment. Winston will cough the ball up as his 30 INTs indicate.  Last week he had two against Carolina.

Alvin Kamara is one of the best running backs in the league but hasn’t played like it so far this year.  He has rushed for only 88 yards total in two games.  That’s a 3.1 average per rush attempt.  Tony Jones has emerged as his backup.  Overall including Winston’s running ability, they have averaged 109 yards a game as a team.

The Saints shot themselves in the foot by requesting Latavious Murray take a pay cut.  The 31-year-old Murray was productive, especially in the Red Zone.  Murray asked to be released rather than take a pay cut.  He landed on his feet in Baltimore as they have had numerous injuries to their RBs.   Murray has two TDs already this year.

The loss of tight end Jared Cook hurts, though the Saints hope second-year tight end Adam Trautman emerges as a dangerous weapon.  Juwan Johnson chipped in with two TDs in week one.

The Saints’ excellent defense took some hits due to the salary cap and injury. They lost key contributors including former Patriot DT Malcolm Brown, DE Trey Hendrickson, CB Janoris Jenkins, and ILB Alex Anzalone.  The Saints will have to rely on rookies and backups to maintain a top-five defense. Linebacker Kwon Alexander and Marcus Davenport have been added to IR already.

Defensive Ends Cameron Jordan and Carl Granderson are exceptional, with no drop off when Tanoh Kpassagnon subs in.  The weakness may be with backup Interior linemen Christian Ringo and Shay Tuttle filling in for Marcus Davenport.  Former Patriot Montravious Adams is their backup.  At Linebacker, Demario Davis, and Zack Baun are very good especially against the run having held Christian McCaffery to just 3 yards a carry.   Andrew Sowell and Kaden Ellis will fill in for Alexander.

The Saints played the highest rate of man coverage last year, but they lack a lockdown corner. Marshon Lattimore allowed an EPA of +1.0 or higher on 39.5% of his targets in man, ranked 39th out of 46 qualified corners. He needs to return to the form he showed early in his career for the unit to elevate its production.   Malcolm Jenkins is the SS and Marcus Williams is the FS.  RCB Paulson Adebo is very susceptible.

The Saints need to be able to run the ball.  The Panthers’ front four is very formidable and held NO to 48 yards rushing on 17 carries.  Nineteen of those were by Winston and he had the only rushing TD.  Kamara was limited to 5 yards on 8 carries and Jones 7 on 3 carries.  Stop the run, get ahead on the scoreboard and make NO one-dimensional.

Winston has to be efficient on third down.  So far the Patriots have been good at limiting what a team can do on 3rd down.

NO should be passing more on early downs as they did in Bree’s era.  Winston must take the check-downs and not force the ball downfield that leads to Interceptions.

Finally, Winston must limit his turnovers.

If the Saints can establish a run game, the Patriots could be in trouble.