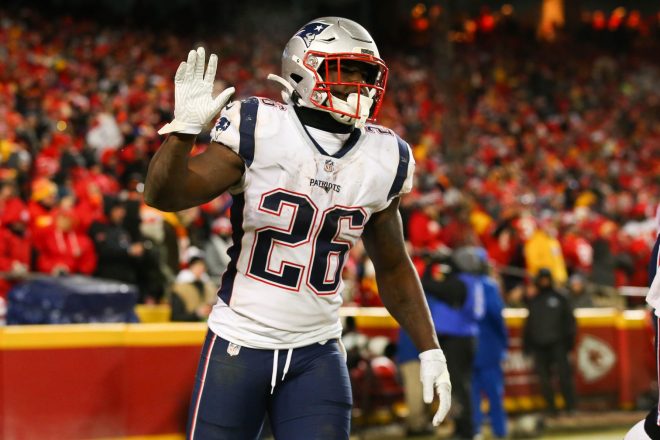 The New England Patriots made headlines early Wednesday morning when it was reported running back Sony Michel had been traded to the Los Angeles Rams for a 2022 sixth-round pick and a 2023 fourth-round pick.

A former first round pick of the Patriots in 2018 out of the University of Georgia, Michel played a vital role in the franchises run to a sixth Super Bowl championship during his rookie year, especially in the postseason.

Over the team’s three playoff games that year, Michel logged 71 carries for 336 yards and six touchdowns, three of which occurred in the divisional round against the Los Angeles Chargers.

In his three seasons with the Patriots, Michel played in 38 regular season games with 28 starts and accumulated 2,292 yards on 535 carries with 14 touchdowns. He also had 26 receptions for 258 yards with one touchdown.

Michel was putting together a strong training camp for the Patriots this summer, but since the team was carrying six running backs and roster cuts looming, the Patriots elected to move on from Michel in a contract year and trade him to a Rams team that was desperately seeking running back help following a season ending injury to Cam Akers.

With Michel off to the Rams, Damien Harris slides up to the lead running back heading into the 2021 season as James White, Brandon Bolden, J.J. Taylor and Rhamondre Stevenson round out the depth chart at the position.