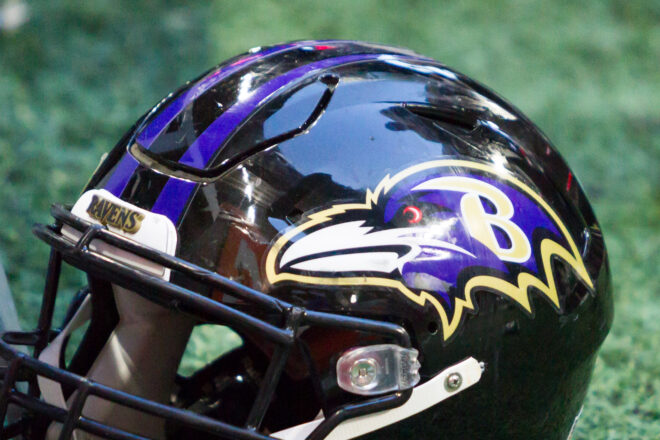 It appears Sammy Watkins will continue shopping his services this offseason, with his next stop set for a visit with the Ravens.

According to NFL Network’s Ian Rapoport, Watkins is on his way to Baltimore for a meeting with the team tomorrow.

The Ravens are in dire need of receiver help and with quite a few of the bigger names coming off the board, Watkins appears to be someone who might be their best opportunity to add an impact player to their roster.

The 27-year-old Watkins played in just 10 games for the Chiefs last season, finishing with 37 receptions for 421-yards along with two touchdowns. He suffered a hamstring injury midseason and then also dealt with a calf injury at the end of the season that hampered him during the team’s playoff run, with Watkins being inactive in the AFC Divisional and Championship round.

He did eventually return for the club’s Super Bowl match-up against the Buccaneers where he played in 23 snaps while catching one pass for 13-yards.

By signing in Baltimore, it would take Watkins off of the Patriots’ radar for the foreseeable future. Barring a potential playoff match-up, New England isn’t slated to play the Ravens until 2022. That game would be played at Gillette Stadium.

How Was This Article?
Posted Under: NFL Rumors
Tags: Baltimore Ravens Sammy Watkins