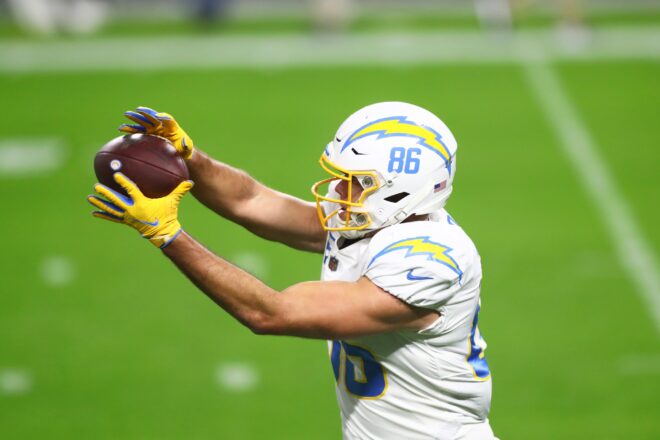 By Wednesday, Henry couldn’t hold back his excitement when his contract became official, so he shared a photoshopped image of himself in a Patriots uniform spiking a football.

“Yessssir! Pumped to be a Patriot! Can’t wait to get this thing rolling. Let’s Goo baby!”, Henry wrote in an accompanying caption.

Henry also said goodbye Chargers fans and made sure to thank the organization that drafted him out of Arkansas in 2016 with a statement also over Instagram.

“You took me in as a 21 year old kid from Arkansas and gave me a chance in the NFL. I was able to come to an amazing organization where I grew as a player, teammate, man and husband. These last 5 years have been nothing short of amazing. Every time I stepped on that field, I gave everything that I had for my teammates, coaches and fans. It was an honor representing the bolt as a player and captain for the Chargers organization. I will always be thankful for the Chargers as they gave me the chance to live out my dream. Thank you.”

Henry now heads to New England and joins new teammate Jonnu Smith in what the Patriots hope will become a formidable two headed monster at tight end in 2021 after struggling to find any production at the position the past two seasons.

How Was This Article?
Posted Under: Patriots Photos
Tags: Hunter Henry Jonnu Smith

By: Robert Alvarez
Check out the Patriots mini-documentary highlighting Richard Seymour's football journey to becoming a Hall of Fame player.
2 days ago
wpDiscuz